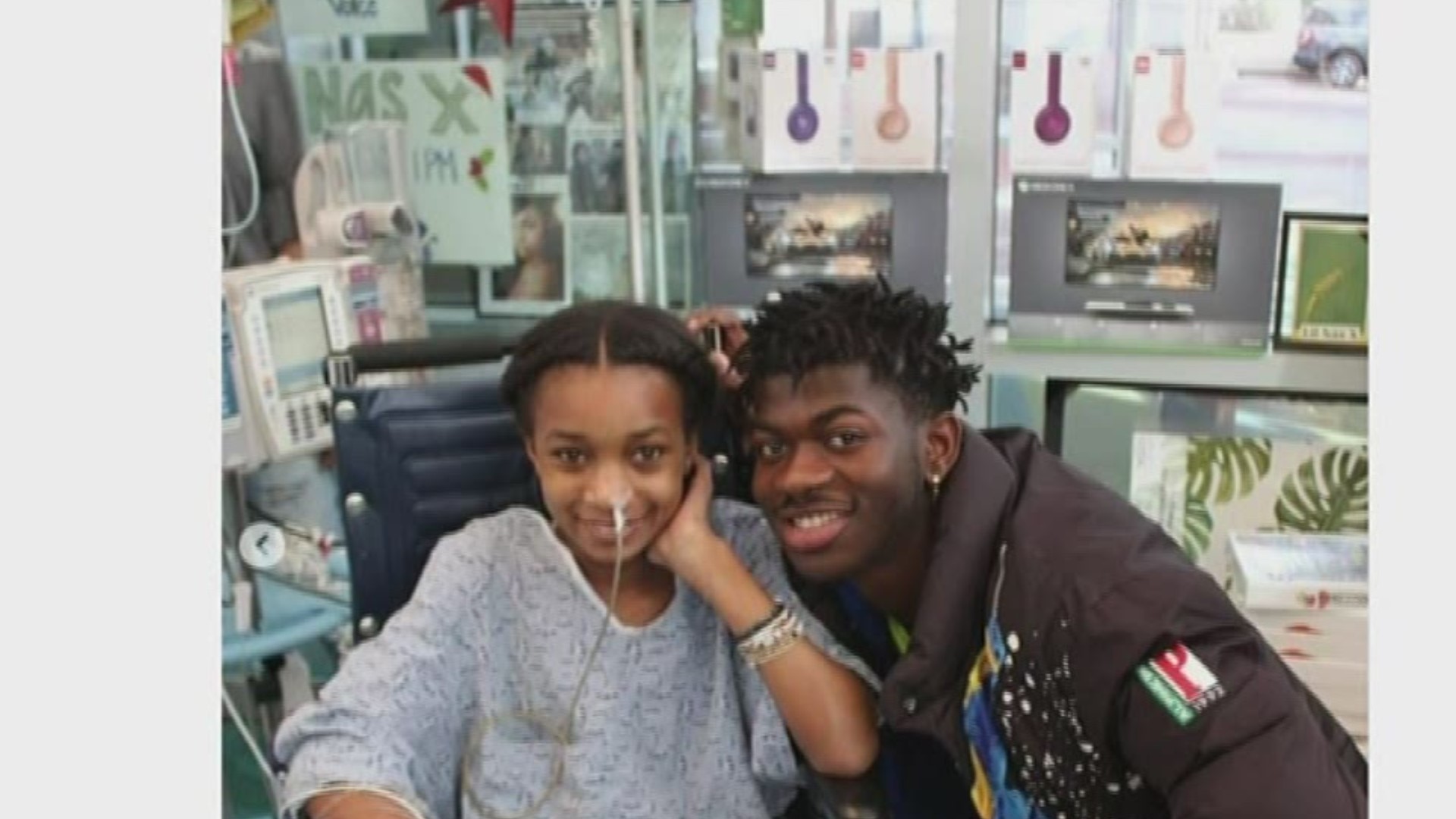 ATLANTA — Lil Nas X paying a visit to his youngest of fans.

The Lithia Springs country music and rap star made a sweet Christmas appearance at Children's Healthcare Of Atlanta thanks to the Ryan Seacrest Foundation.

When a patient asked how many pairs of shoes the singer owned, he said, “Well, last year I had maybe 3 pair of shoes and this year, I can't even count how many are in my closet."

The rapper and singer, whose real name is Montero Hill, didn't rise to to the top of the charts without overcoming some battles.

Lil Nas X made headlines once again this year when he revealed that he is gay on social media.

In a tweet on the last day of National LGBTQ Pride Month detailing his single “c7osure," Lil Nas X shared a rainbow emoji along with a caption asking for listeners to pay attention to the song's lyrics.

And at 20 years old, he's dominating popular culture, TIME wrote in its feature.

“Everything lined up for this moment to take me to this place,” he told TIME. “Not to sound self-centered, but it feels like I’m chosen, in a way, to do this stuff.”

Lil Nas X worked locally at Zaxby's and Six Flags before he became a full-time musician.