The duo is in Mableton Tuesday for a 'Stuff The Bus' campaign. 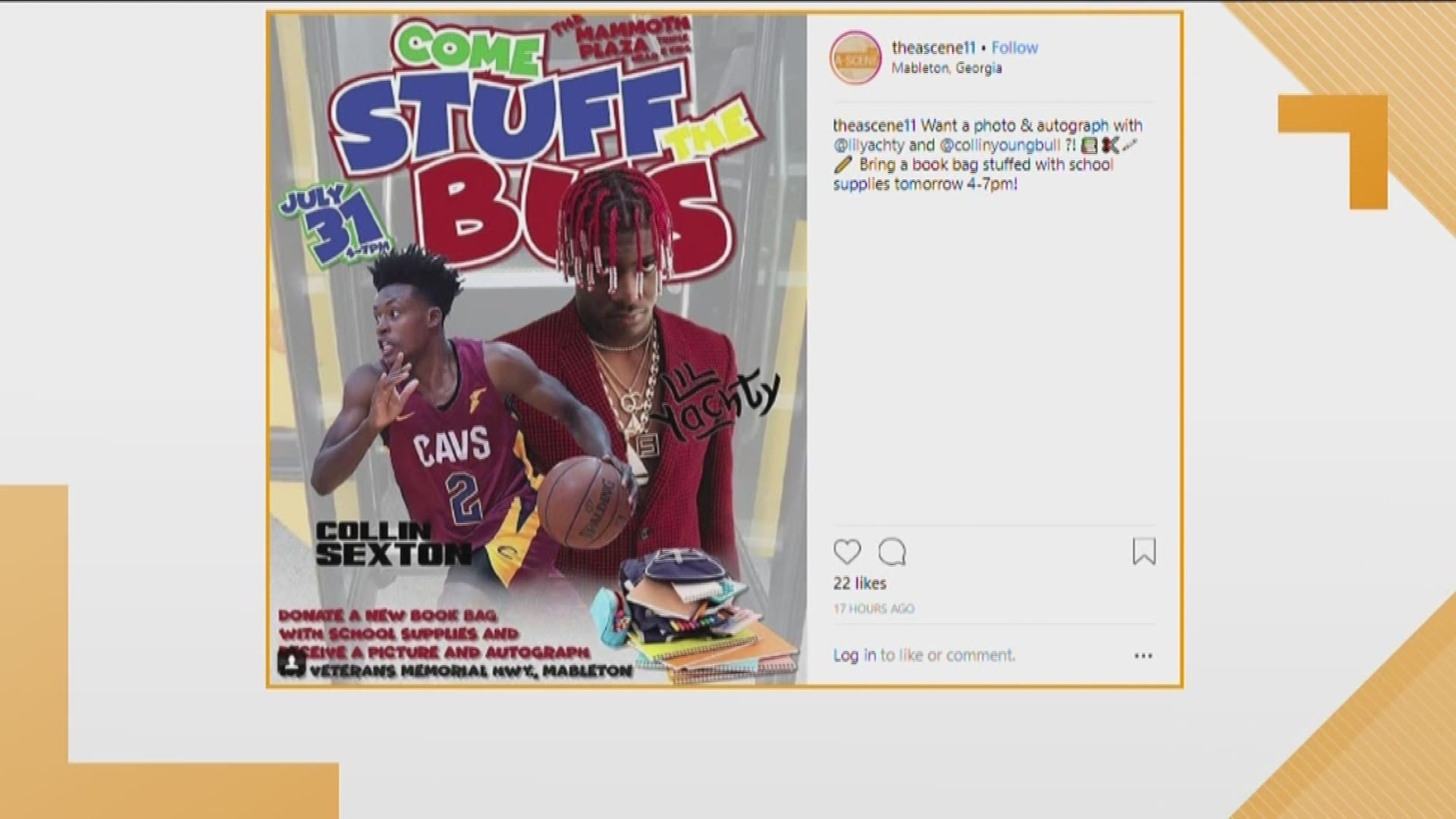 They are holding a "Stuff The Bus" campaign at Mammoth Plaza at 185 Veterans Memorial Highway.

The duo is offering an autographed photo if you bring by a backpack stuffed with school supplies.

Lil Yachty and Sexton are both from Mableton. Sexton is touted as a rising star in the Cleveland NBA franchise. There's even talk that he could be the team leader now that Lebron James has left town.

Lil Yachty currently has a number of music projects working, and also works as a fashion model in between studio stints.