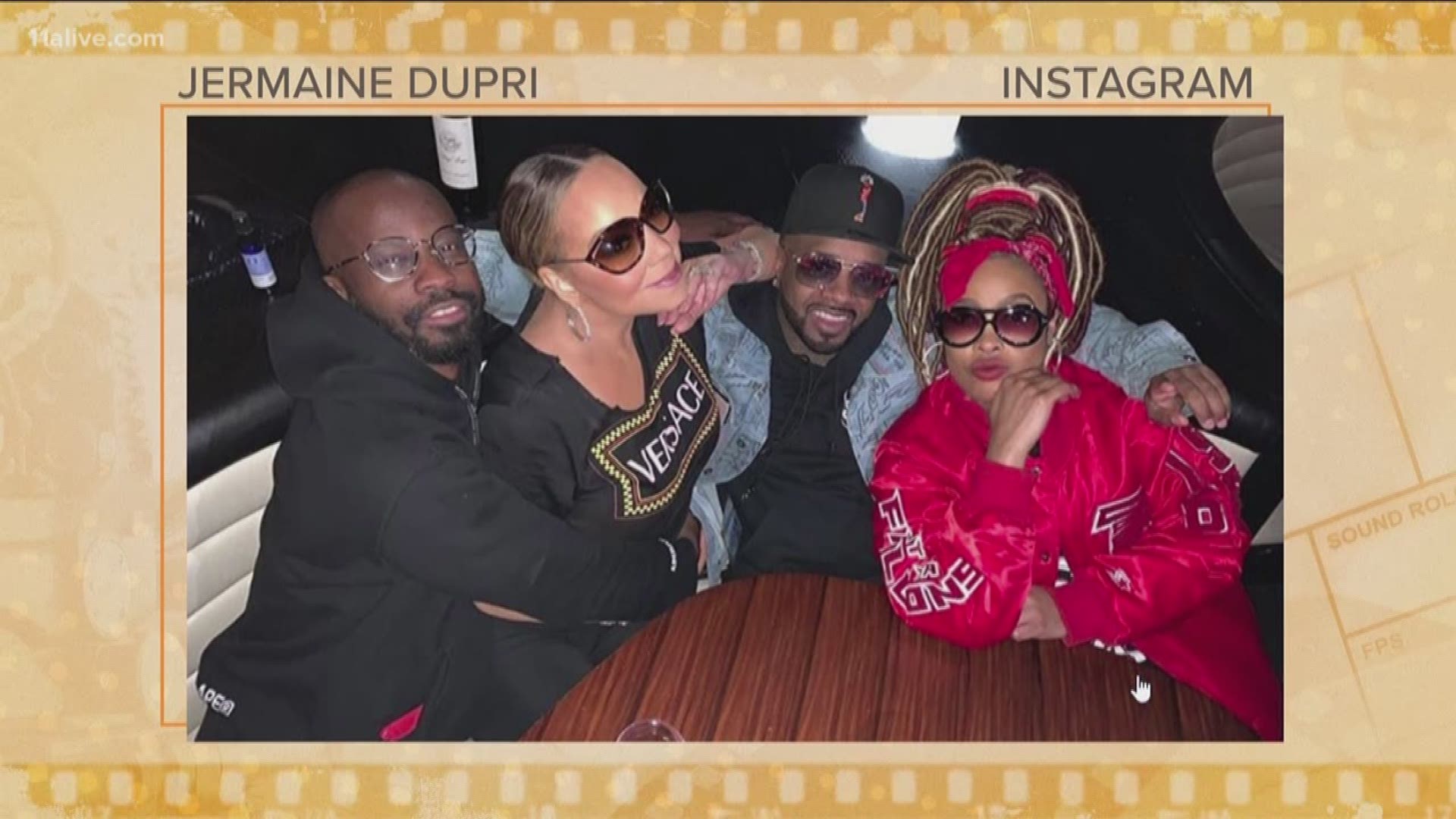 ATLANTA — After her sultry performance at  Fox Theatre Tuesday night, vocal powerhouse Mariah Carey pranced around the town with her favorite pals.

Da Brat posted a clip of the “Vision of Love” singer on her Instagram page, which showed a glimpse of Carey’s on and off again boyfriend Bryan Tanaka, singing Ike and Tina Turner’s “Rolling on a River”.

The party came just hours before Carey teased the release of her music video for "A No No” from her "Caution" album.

The song samples “Crush on You,” originally recorded by Lil Kim and Lil Cease in 1995.

In the video, you’ll see the singer donned in sparkles what appears to be a New York City subway.

Choreographer Anthony Burrell also teased the clip on his social media. If you want a glimpse on how he creates some of those signature moves, check out our feature here.

Burrell just opened a dance studio in Atlanta and it’s already becoming a destination for the arts in the city.

Later this year, "The Caution Tour" will travel across Europe, making stops in France, Germany, Denmark, Spain and Holland.

MORE: Mariah Carey reveals bipolar diagnosis: 'I refuse to allow it to define me'