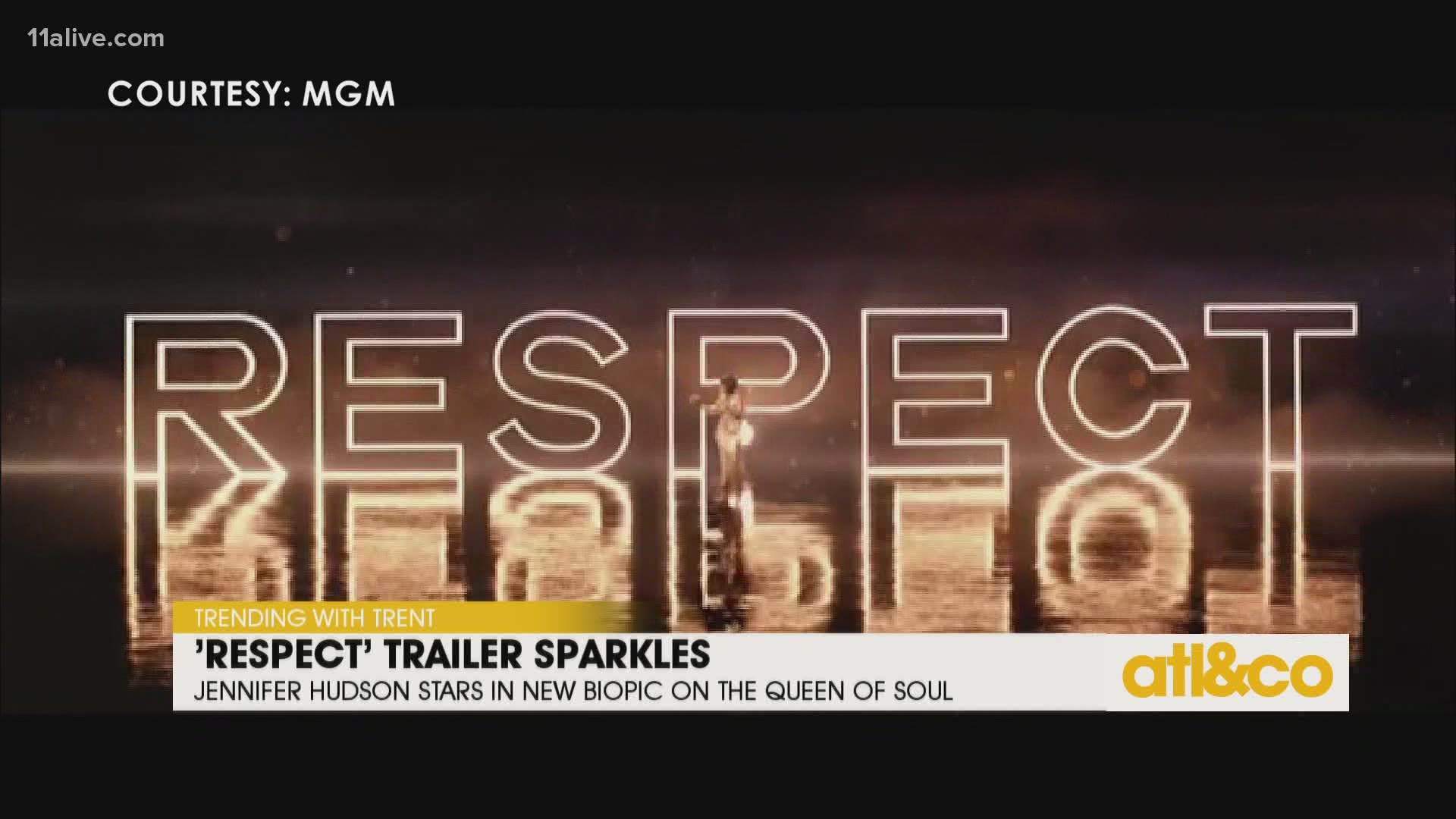 ATLANTA — "Respect," a biopic starring Jennifer Hudson as legendary soul singer Aretha Franklin, is one of this year’s most anticipated films for the upcoming holiday season.

The movie, which is set for a limited release on Christmas Day, also co-stars Marlon Wayans.

The comedic actor, who is no stranger to filming productions in Georgia, portrays Franklin's first husband, Ted White.

On Wednesday, Wayans appeared on “The Wendy Williams Show” to promote his latest film “On The Rocks”.

During the show, Wayans said he’s also excited about audiences seeing this biopic because of the various levels of Franklin's early life story.

“It’s sweet, it's dark, it's dangerous, it's romantic, this year has been good for transitioning into leading man for me. I’m excited for what’s coming in the future. ‘Respect’ is great, and Jennifer Hudson just blows this thing up,” Wayans said before naming more A-List actors in the cast including Forest Whittaker, Audra McDonald, Titus Burges, and Grammy award winner Mary J Blige appear in the film.

“It’s a classic,” he added. The biopic will chronicle Franklin’s rise to fame, and the couple’s tumultuous relationship.

“I love all things Aretha Franklin. This is going to be a good one,” Williams told Wayans.

The two then discussed how the film will address the couple’s history of domestic abuse.

“It was dangerous. It's like your best friend turns into your worst enemy. So, he was good in a way because he helped to build and to help her find her own version of herself, but sometimes insecurity leads you to that kind of behavior,” Wayans said.

“Respect’ is reportedly set in the late 1940s when Franklin was a child and will follow’s singers personal and professional journey up until she breaks ground becoming the most praised live gospel recording artists of all time in the early 1970s.

Franklin died in 2018, but gave Hudson the blessing of portraying her.

“I sometimes feel when you’re watching a cradle-to-grave biopic, whether it’s a politician or a musician, it’s too general for my personal storytelling taste,” Hudson told Entertainment Weekly in a feature about the film. “Because then you start to check things off a list instead of having them driven by an emotional journey. So I was interested in focusing on a finite period and really understanding how she became who she became.”

During the fall of 2019, production for the film went down in Atlanta. Hudson revealed on her Instagram page when filming began at Tyler Perry Studios.

"It was exciting enough to sing for @tylerperry studio opening and I’m just as excited to shoot here today ! #Respect," she wrote

Credit: @iamjhud/Instagram
Wayans posed with Hudson off-set. The two shared a series of pictures of getting cozy on social media.

During that time, Wayans posed with Hudson on-set for the insta-flicks.

Back in January, crews filmed remaining scenes at First Congregational Church of Atlanta.

Ashley Pulliam, an A-Scene Insider, shared an image of crews lighting the church from outside on Courtland Street, near Georgia Tech. Several trucks for equipment and trailers were also visible in the shot.

Credit: Ashley Pulliam
Ashley Pulliam, an A-Scene Insider, shared an image if crews lighting the church from outside. Several trucks for equipment and trailers were also visible in the shot.