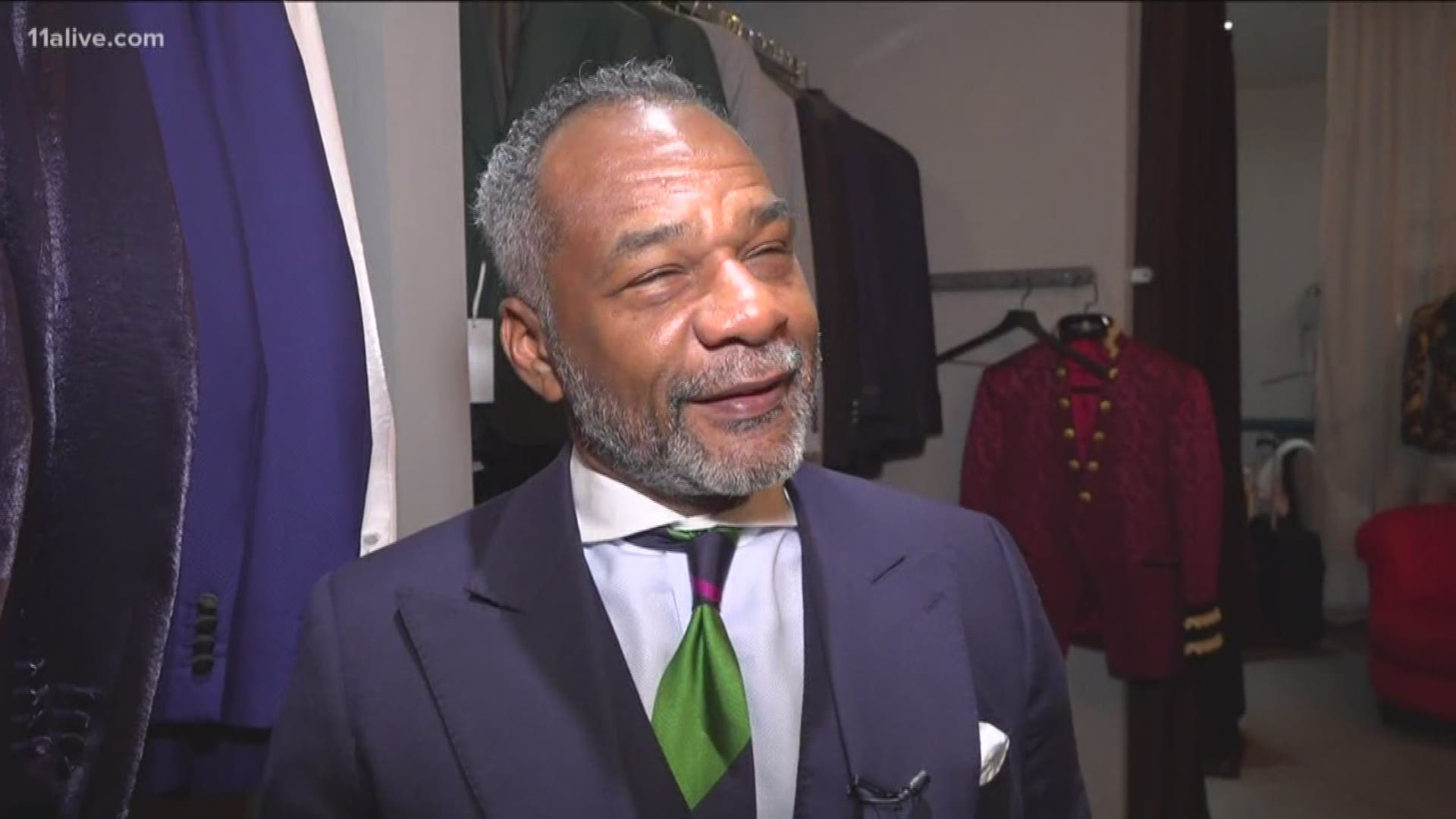 ATLANTA — He's the best dressed man in Atlanta, and he's styled quite a few of your faves.

Sounds like a dream job, right? This is the occupation that Miguel Wilson of the Miguel Wilson Collections. One that started off as a passion.

He did not realize 25 years later tgat he would become one of the most sought-after fashion designers in the world.

“Akon with us last weekend for the MTV awards in Spain, Lamar Odom wore this for his 40th birthday,” Wilson said.” I felt there was a lacking brand that represented men in weddings. My tagline is : It's his day too.”

After years of hitting the road, the Clark Atlanta University graduate decided to make his mark in Atlanta.

Eventually, he opened a store in Phipps Plaza turning his passion for fashion into a celebrity empire.

Not only does the stylist offer traditional suits, but he’s offer the unique red carpet looks that so many celebs are rocking now.

Wilson says those high profile names didn't come overnight. He credits his work ethic, his family and the inspiring city of Atlanta.

"This is definitely an environment where you don't just find just people locally from Atlanta. So I think people bring something from home, and I think when you bring all of these energies, you get something very unique," Wilson said.

MORE FROM THE A-SCENE!
TV shows and movies currently filming in Georgia