Police confirmed that they found the luxury car in the 2300 block of Parkland Drive. 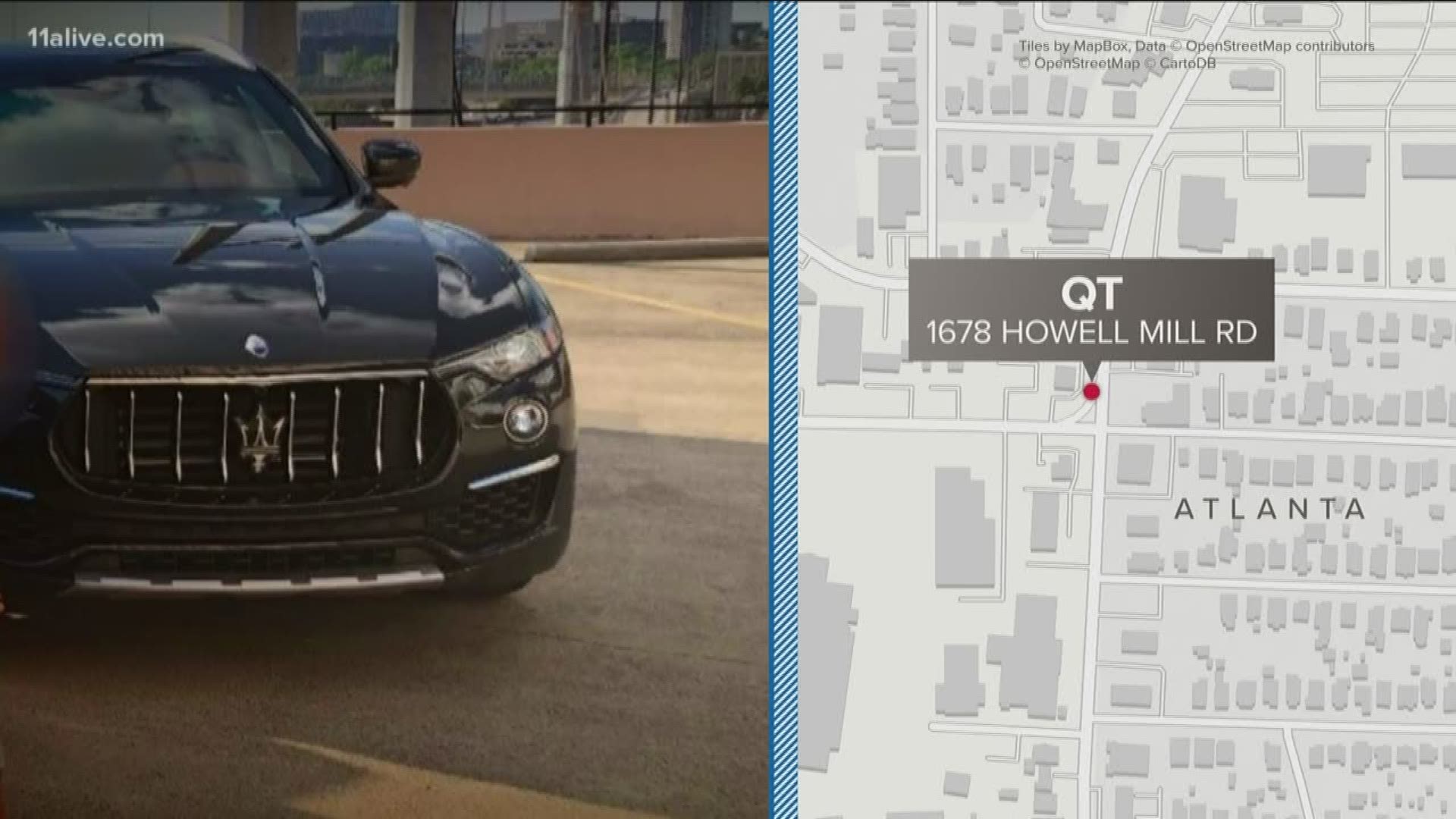 ATLANTA — A stolen Maserati worth $100,000 belonging to the friend of an Atlanta reality star has been found by police.

The pair said two male suspects stole Peterson's 2019 black Maserati truck, along with clothing, according to a post by Peterson.

On Tuesday, Atlanta police confirmed that they later found the luxury car in the 2300 block of Parkland Drive, roughly five miles away from where it was reportedly stolen.

The recovery of the car comes just hours after Skyy and Peterson organized a rally at the same QT where the car was reportedly stolen. The pair - who asked customers to take their business elsewhere - were joined by supporters and others, claiming they’ve been victims at or near the same QT.

Atlanta Police said the Howell Mill QT has had five car burglaries in the last month. The reality star and her friend said they don't believe the management there is doing enough to protect the customers.

“This is beyond me at this point," Peterson, the owner of the stolen truck, explained. "I’m not out here because of me. I have other options, but what about the girl that doesn’t?”

QuikTrip sent 11Alive the following statement regarding their security protocols:

Police said they are still investigating the circumstances surrounding the alleged car theft. No suspects have been developed in the connection to the case, so far.

Rare Friday the 13th full moon to appear this week