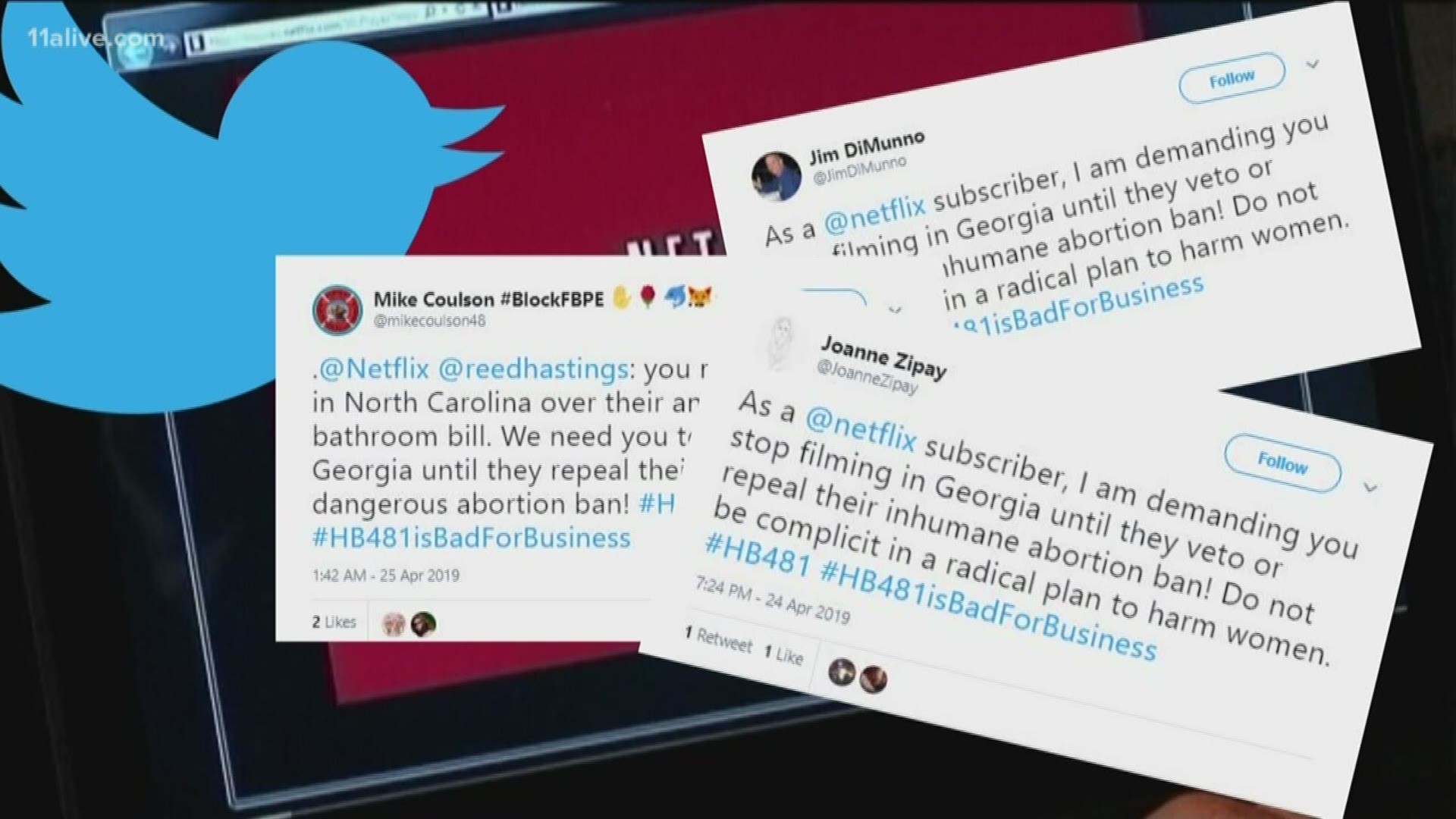 Netflix subscribers have been turning to Twitter to turn the heat on the streaming service, demanding that it stop filming productions in Georgia over the proposed anti-abortion ‘heartbeat bill.’

The bill would tightly limit the window in which a woman could get an abortion if "an unborn child has been determined ... to have a detectable human heartbeat" except in very special circumstances. This can be as early as six weeks.

Current law in Georgia allows a woman up to 20 weeks after conception to seek out an abortion. The Georgia House approved the bill on March 29 and it is now on Gov. Brian Kemp’s desk for approval. He has indicated he will sign it.

More than 40 celebrities and dozens of Atlanta film industry leaders have voiced opposition to the bill and signed a letter expressing their dismay, which was hand-delivered to Kemp’s office by actress Alyssa Milano.

Milano is in Atlanta filming her Netflix series, ‘Insatiable.’ She, along with others, have threatened to try and pull future film products out of Georgia, which provides over 90,000 jobs to the state.

Earlier this month, a women’s advocacy group commissioned a plane to fly over the Netflix headquarters in Los Gatos, California. The plane carried a banner that read, “Netflix – Protect women. Stop filming in Georgia.”

Netflix users have been using the hashtag #HB481IsBadForBusiness to tweet at the streaming service and Netflix CEO Reed Hastings, asking the company to stop production in Georgia.