“Red Notice” is certainly a highlight of the reel, as many Georgians have seen The Rock post updates from set since the first day of filming on social media. 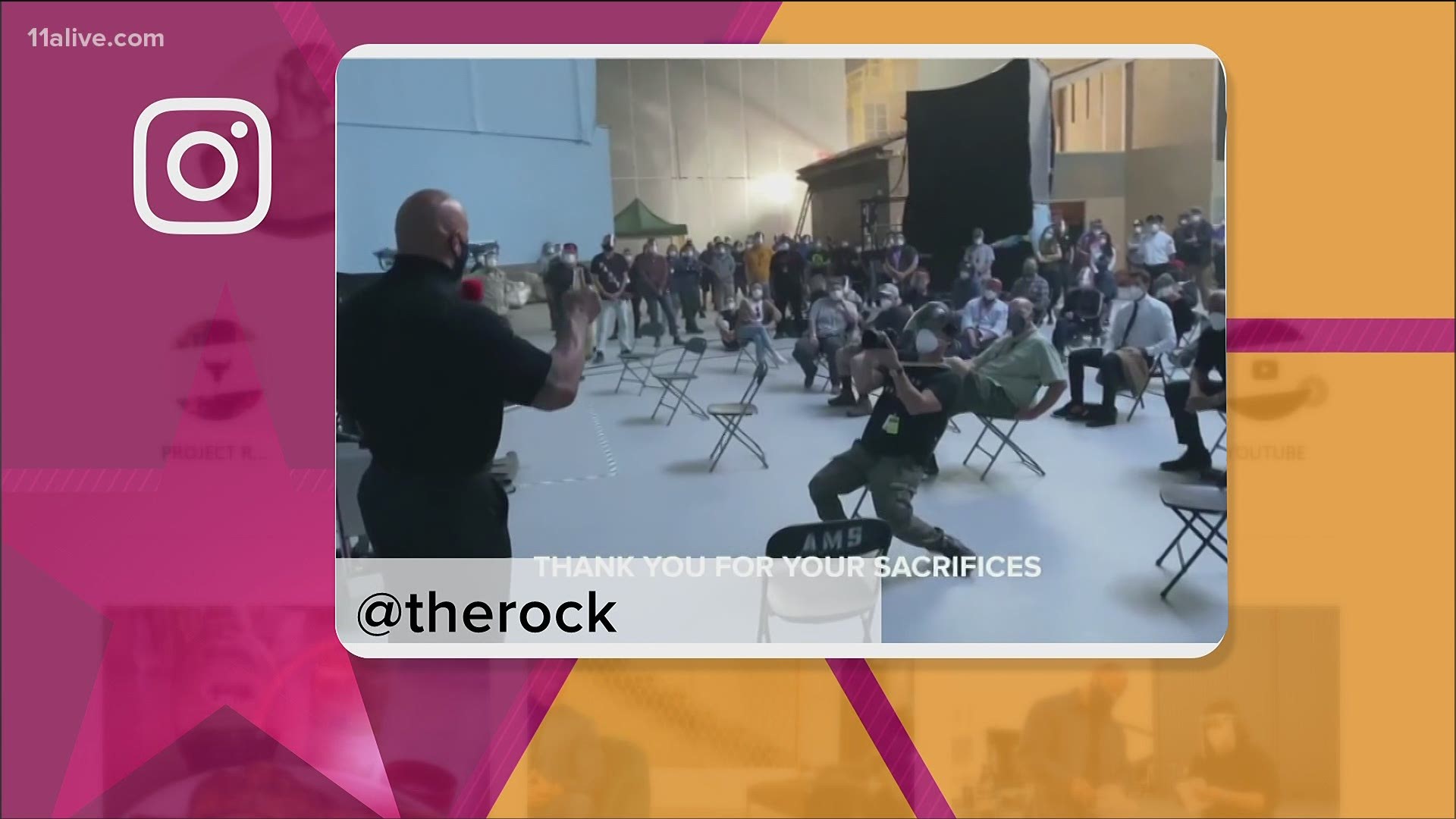 ATLANTA — It’s always showtime at Netflix as the popular streaming service announced that it will release a new movie every week in 2021 on Tuesday.

The video montage features snippets of films ranging from westerns, thrillers, rom-coms, “and sometimes all of those things combined,” Netflix Film Club announced in a YouTube description.

The teaser delivered a glimpse of some titles that were filmed in Georgia both before and after the COVID-19 pandemic impacted productions globally.

“Red Notice” is certainly a highlight of the reel, as many Georgians have seen The Rock post updates from the set on social media since filming began.

“I’m getting to the good part,” Johnson revealed in the video as a myriad of fight scenes featuring the star jumping off an exploding bridge. Gadot and Reynolds are also seen whooping tail.

Production for “Red Notice” was shut down in March, like many other Netflix projects including the highly-anticipated fourth season of the series “Stranger Things.”

Production resumed in September and the stars revealed what life was like on the set with new safety measures being taken.

Reynolds’ wife actress Blake Lively took a photo of the star on set.

“Back to work on #RedNotice. The Covid Test is quick and easy. The doctor places the swab up your nose, just deep enough to tickle your childhood memories and then it’s over. No matter what you say to him, he won’t buy you dinner first,” Reynolds wrote in an Instagram post.

RELATED: The Rock halts production on "Red Notice" in Georgia

Gadot, also shared snaps on set, and wrote, “Getting ready to head back to the Red Notice set💃🏻but prep looks a little different now..😳#staysafe”.

The film, which actually completed production before the pandemic, in 2019, was filmed throughout parts of downtown Atlanta.

“I like to get to make any movie where I get to throw stuff,” McCarthy said before the video shows the actress throwing a car on Atlanta's Martin Luther King, Jr. Drive.

“Fear Street” is another release that was made in Atlanta back in 2019 in the city of East Point.

The movie is spawned from the mind of yet another horror author, R.L. Stine of ‘Goosebumps’ fame.

"Fear Street" is the first film in a reported trilogy of films adapted from novels of the same name.