She's the sole caregiver of her 27-year-old son who is handicapped with cerebral palsy. 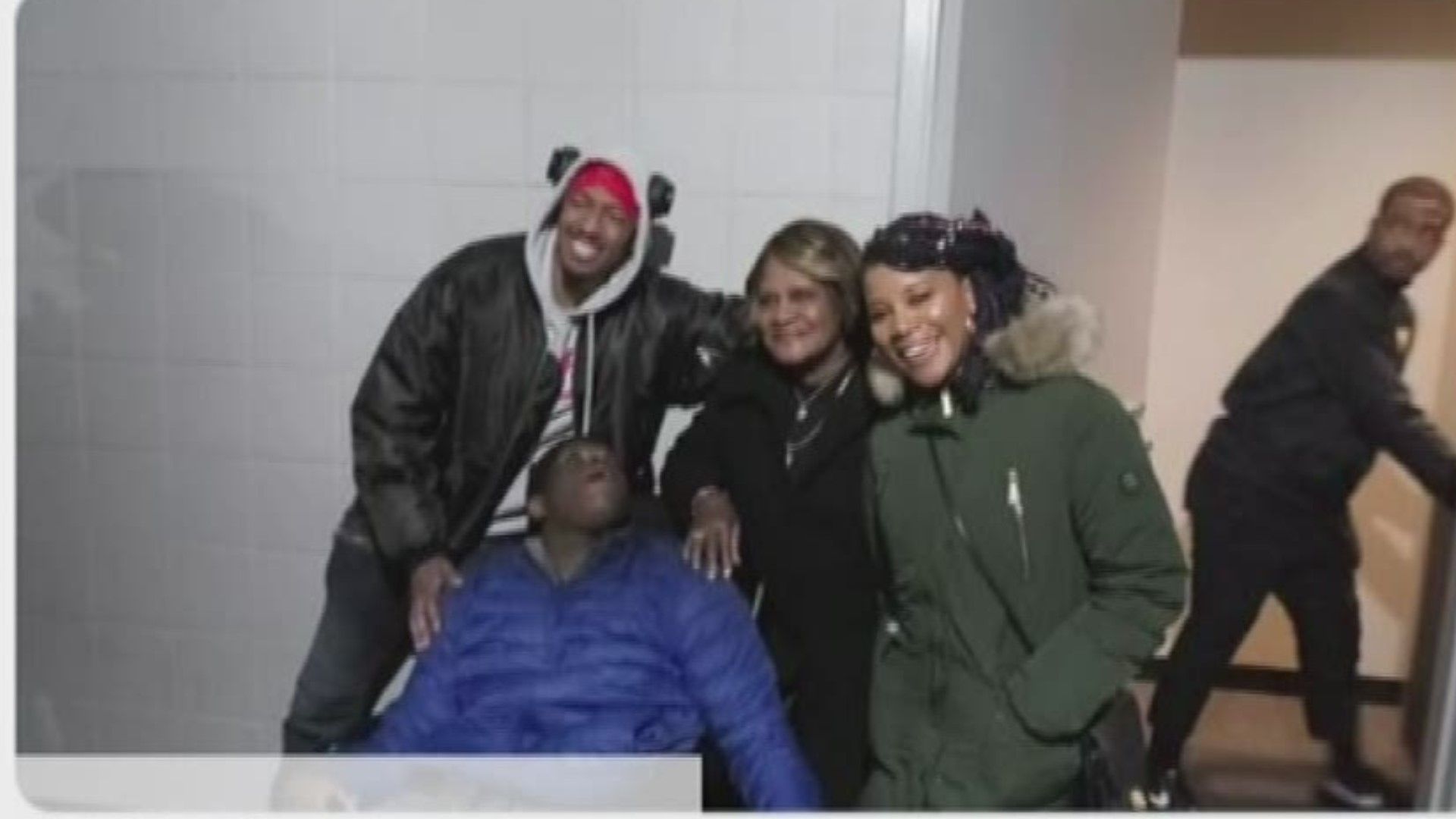 ATLANTA — Nick Cannon brought his “Wild N' Out” show to State Farm Arena on Saturday. But the media mogul did a lot more than hit the stage - he helped change a very deserving woman's life.

Over the weekend, for the first time ever, Cannon filmed his comedic show “Wild N Out” at the arena as a stop on his tour. Days before, on March 6, he was even awarded his own day by the Atlanta City Council.

Things got even more special when business owner Jasmine Crowe put out a call for single moms in need of financial help on social media.

After sifting through multiple submissions, this mother was chosen to receive $5,000 from Nick Cannon. She's the sole caregiver of her 27-year-old son who is handicapped with cerebral palsy.

Unfortunately, her son is unable to walk, feed himself or do anything because he functions like a 3 to 4-year-old, according to family. She's also disabled and unable to work herself, but she is responsible for caring for her son.

She was beyond grateful to receive Cannon's generous donation.

Check out the recap in the video player above.