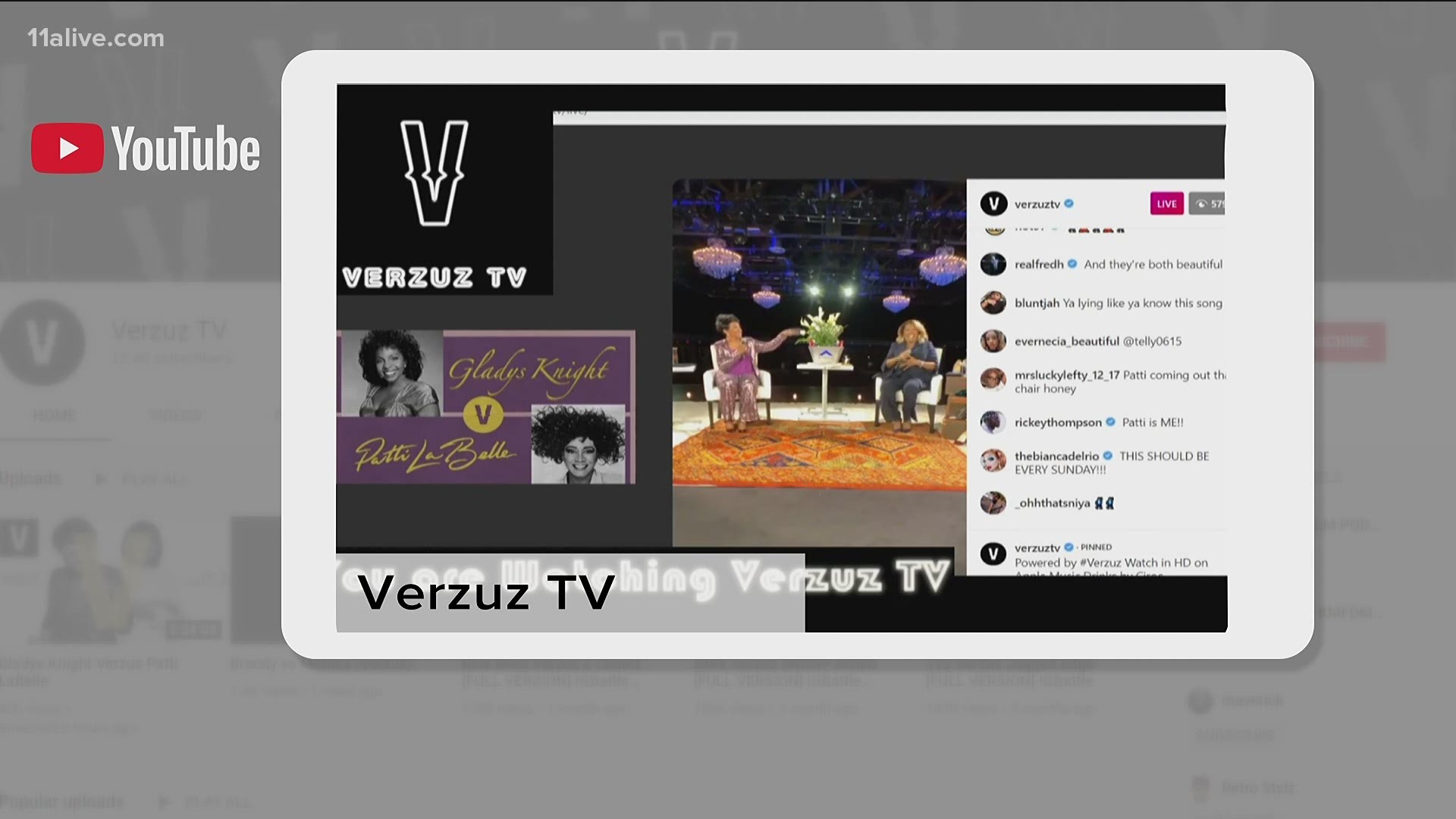 PHILADELPHIA — After the last record-breaking Verzuz battle between Brandy & Monica took place at Atlanta’s Tyler Perry Studios, fans of the popular series were excited to see who would be announced next.

When the platform took to their Instagram page to declare the next performers to be Patti LaBelle and Gladys Knight, fans of the iconic pair were filled with excitement.

Sunday night's broadcast took place in Philadelphia, LaBelle's hometown, at the Fillmore Theater. It felt more like a family reunion rather than an actual battle.

Before they began playing music, the divas sat and reminisced about their relationship and career for about 10 minutes.

Although the battle may not have broken the one million viewership mark like Brandy & Monica, with a guest appearance from the iconic Dionne Warwick, it was surely one of the most memorable to date.

Round 1 started in the deep cuts of Patti LaBelle's "All Right Now" vs. Gladys Knight and the Pips hit, "Best Thing That Ever Happened to Me."

During the nearly three-hour broadcast, the soul singers didn't miss a beat, trading hit after hit while sharing stories behind the music and everything in between.

During the final rounds of the show, the two performed favorites like, "If Only You Knew" and "Love Overboard."

The Verzuz series was created by super producers Timbaland and Swizz Beats and first launched back in March.

To date, the series has featured battles between Kirk Franklin and Fred Hammond, 2 Chainz vs. Rick Ross, Erykah Badu vs. Jill Scott, Babyface vs. Teddy Riley, Alicia Keys vs. John Legend, and DMX vs. Snoop Dogg.

You can listen to all the songs from the Gladys Knight vs. Patti LaBelle battle on Apple Music's Verzuz Cheat Sheet playlist.