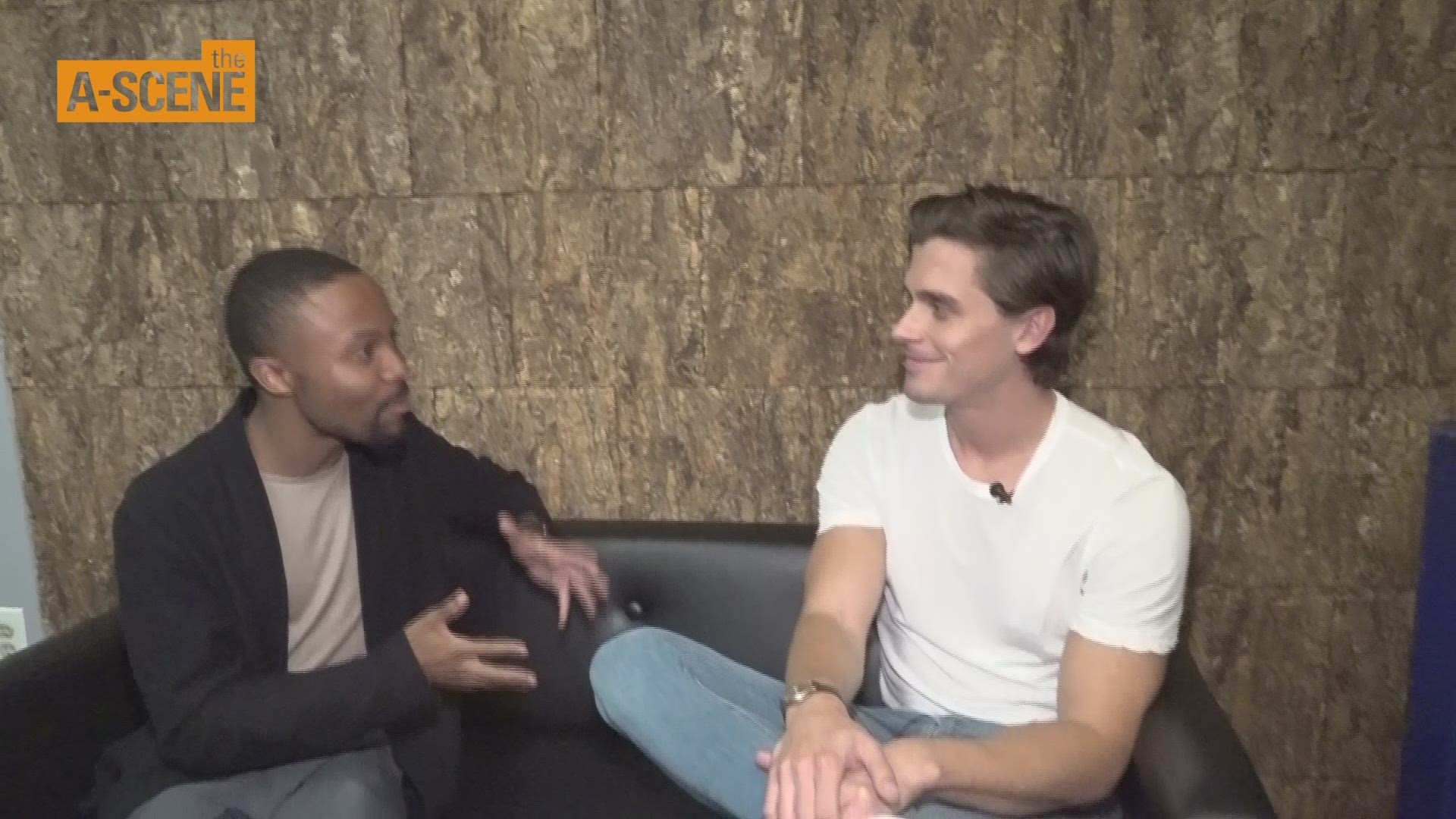 ATLANTA — "Queer Eye" food and beverage expert Antoni Porowski visited Atlanta Monday night as a part of an international tour to promote his new book 'Antoni in the Kitchen."

The Netflix star spoke to a room of hundreds of adoring fans about his first cookbook, which was released September 9.

"Antoni in the Kitchen" features some modern twists on dishes he remembers eating with his family in Canada.

The book also features anecdotes and images of Porowski, which some of his fans at the tour told 11Alive they approved of more than his recipes.

11Alive's Donovan Harris spoke with Porowski before his cooking demonstration and Q & A.

Here is their interview:

Tell us about the cookbook.

What dishes have shaped you?

Today because I'm thinking about my family in Ottawa, sometimes a lot of the dishes [in the cookbook] are dishes that were prepared for me and I did my own rendition of them. My uncle Andy who I love dearly, I would visit their house when I was little and he would always greet us with charred Romaine and he made this lovely Caesar dressing from scratch with raw egg yokes. My version is a little more "millennial-fied" with charred kale.

What's the spiciest thing that has ever happened between you and another celebrity?

Maybe it's my Canadian sensibilities, but I'm not one to start Twitter feuds or have weird interactions with anybody. I kind of get along with people. I try not to be too controversial. There's enough stress in the world. I think with food as my love language, I just try to keep the peace.

What's the sweetest thing a guy or anyone has ever done for you?

Actually, I would say it was a previous relationship-- probably my most prized possession. It was during my seven-year relationship which I talk about in the book. It was my ex Joey. One Christmas, he gave me this very watch that I'm wearing right now. It was a watch I've wanted my whole life, I've been obsessed with vintage watches. It was thoughtful, personal and made me cry. It checked all of the boxes.

What moment have you savored in Atlanta so far?

I literally landed this morning and its been nonstop since. I had a list of restaurants that I wanted to hit up and I haven't had time to go to a single one of them. I have two friends from junior high who actually live outside of Atlanta and we had some really nice Greek food and we were nostalgic and reminisced on our junior high days.

Antoni also told 11Alive that he regrets not having time to visit Jeni's Splendid Ice Cream.