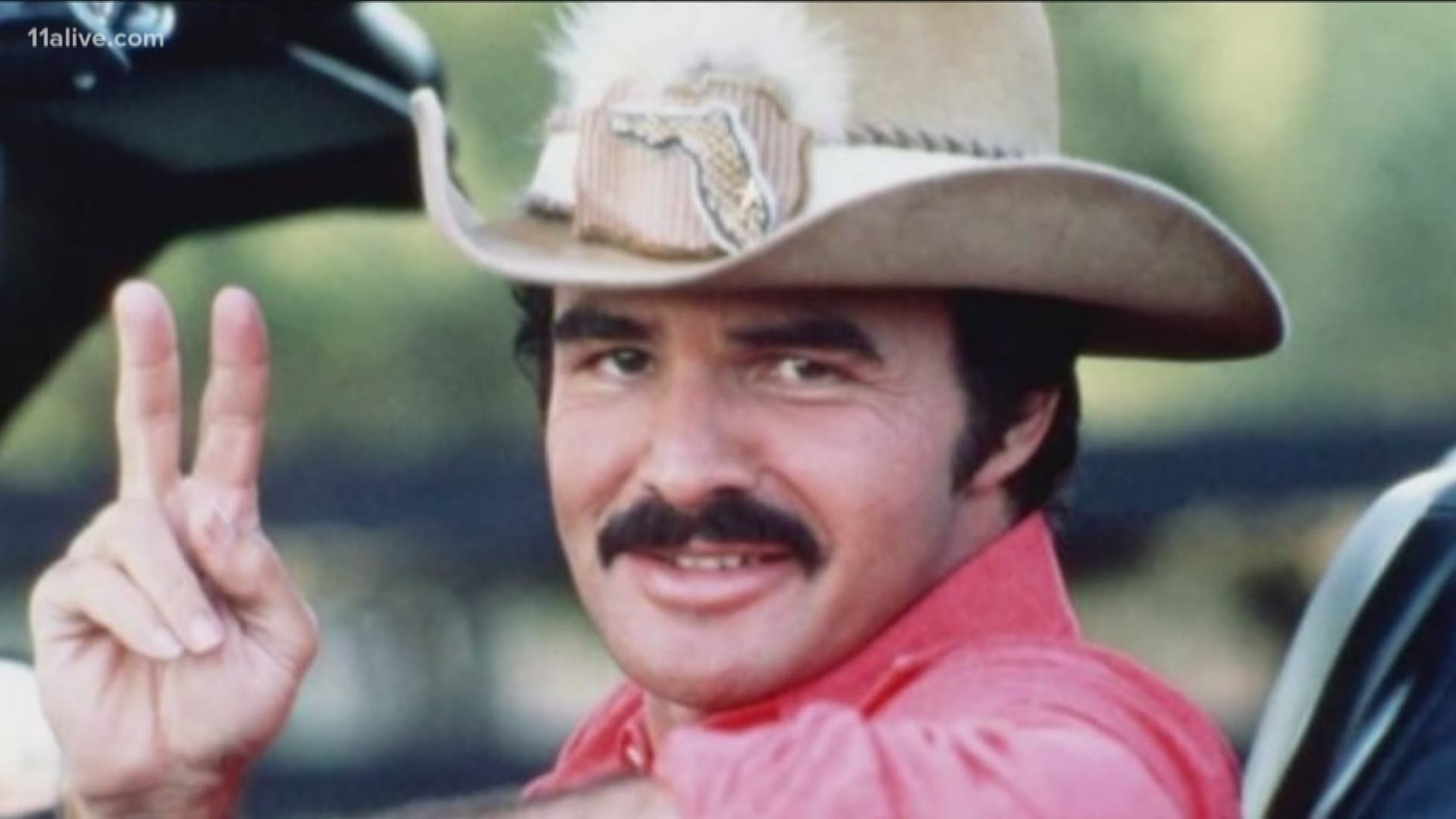 The 1972 movie "Deliverance" put Rabun County and its residents on the big screen. The film also introduced the world to North Georgia thanks to one of its star's, Burt Reynolds.

"Deliverance" would become Reynolds first of six movies filmed in Georgia. The movie legend died Thursday at the age of 82.

He will forever be connected to North Georgia, with lifelong residents saying Reynolds never forgot about the region's natural beauty.

"I think the movie was the single most important thing as far as impact that happened to Rabun County," Louise Dillard, owner of the famous Dillard House said.

When Hollywood came to Rabun County for the filming of the movie "Deliverance" more than 45 years ago, Reynolds was at the center of the action and featured on the front page of the news. Long after the rest of the cast and crew left, Reynolds would come back to the mountains from time to time.

He would stop for dinner at the famous Dillard House and spend time talking with fans and the Dillard House's owners.

"I was fortunate to have a conversation with him and tell him how excited we were to have him back here at the Dillard House," Dillard recalled about one of Reynold's visits. "He gave me a big hug and said 'I love it here. I have such fond memories of being here.'"

Those memories of shooting "Deliverance" along the Chattooga River impacted Reynolds. Locals say the movie star would often mention North Georgia specifically in interviews and he returned to film several more movies around the state.

"Every time anybody wants to make a movie about something, I say can't we shoot this in Georgia?" Reynolds said during a 2017 interview.

Staff at the Rabun County Historical Society chatted with 11Alive News about Reynold's impact on the county. They said Reynolds and "Deliverance" drew attention to the area's rivers and created interest in rafting and tubing, which is now one of the area's most popular tourist attractions.

"Deliverance" also led to Rabun County natives finding themselves being cast in a Hollywood film. In the film, Reynold's character Lewis can be seen driving down a dirt road as he is looking for the river. He makes a wrong turn and a character credited as the First Griner yells, "Where you goin' city boy?"

Then, the Second Griner yells "It ain't nothin' but the biggest river in the state."

"Just one line is all I had really. Just that one line," said Randall Deal, a Rabun County native.

He only had one line as the Second Griner, but Deal can still say he was cast in an Academy Award-nominated film with Reynolds.

"Never thought I would see him in real life. Unreal! Oh, yeah it was unbelievable, to be honest with you," Deal said. "I couldn't believe it."

Deal still remembers seeing Reynolds on set. He said the star would take time to talk with the locals and enjoyed the scenery.

"He was pleased with the location they was filming in," he said.

A location was filled with natural beauty, which led to a film legend putting Rabun County on the map.