The 'Classic Man' singer ate and hung out just before he went to The Basement where he played some songs from his newest album. 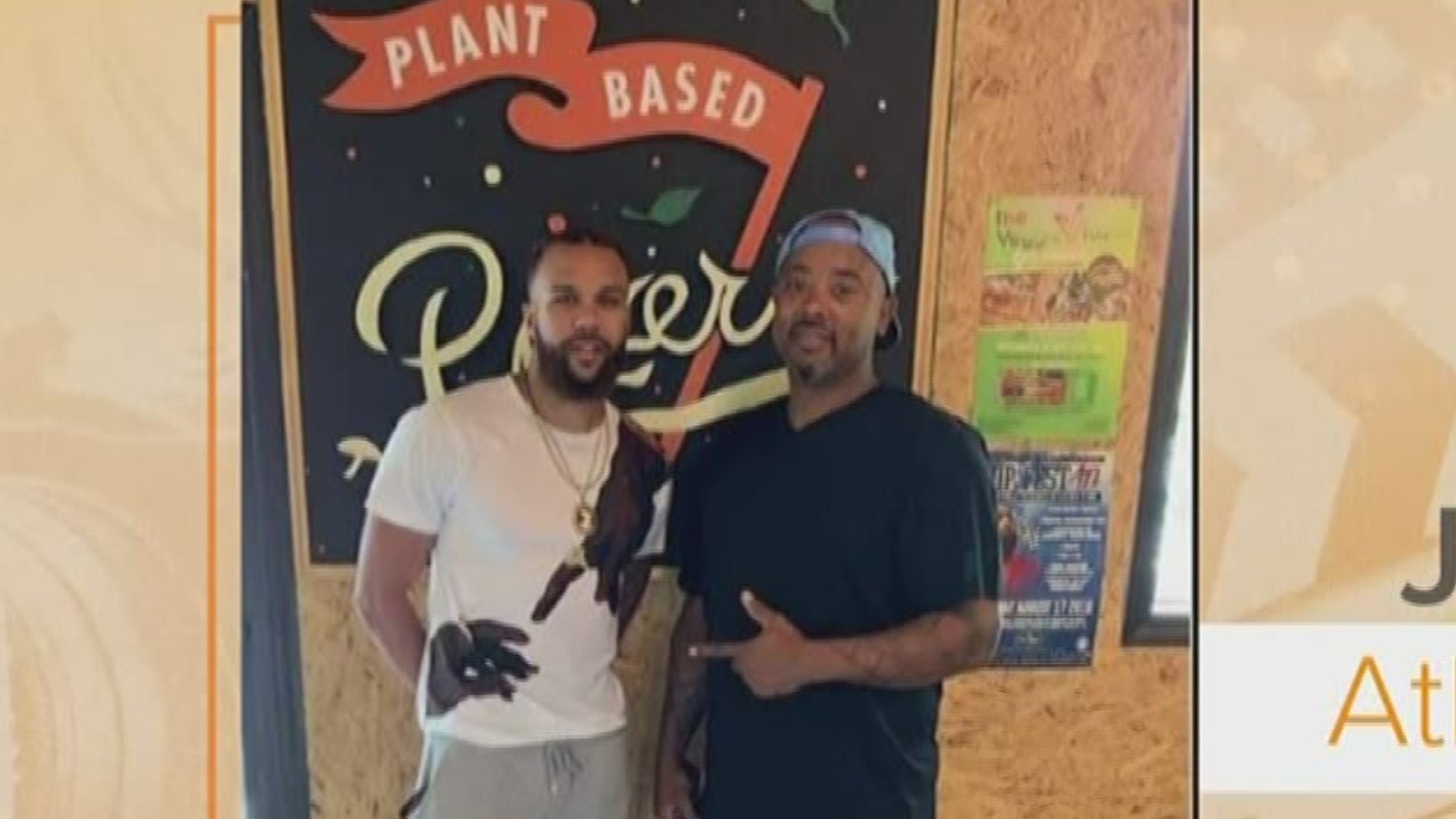 ATLANTA — Rapper Jidenna, known for his melodic vocals, was seen grubbing at an all-vegan spot here in the A!

He was spotted Tuesday afternoon at the popular vegan restaurant called Plant Based Pizzeria.

The "Classic Man” singer ate and hung out just before he went to The Basement, a music venue in town where he played some songs from his newest album titled “85 to Africa“ for his fans.

After the restaurant posted the snap of the singer, fans flocked to the comments saying that wish they were there while Jidenna went.

The project marks the culmination of an unbelievable journey for Jidenna.

Following the runaway success of his 2017 debut, "The Chief," he was evicted from a rental home after the owner foreclosed without notifying him. He was scheduled to immediately begin a tour that began on the I-85 in Atlanta and ended in Johannesburg.

Without a home to return to, he wound up living in cities across Africa and created this masterful soundtrack for a road trip across the Atlantic Ocean.

This life-changing shift laid the groundwork for the album and what promises to be one of the most dynamic, diverse, and definitive projects of 2019.

Jidenna was born in Wisconsin, raised in Nigeria, and has lived in cities across the U.S. including Los Angeles, the SF Bay Area, Atlanta, and Brooklyn.

The singer possesses a cultivated perspective with the power to speak to and connect with listeners everywhere.

In 2016, he collaborated with Atlanta native Janelle Monae for their radio smash “Yoga."

Met Gala 2019: Celebs try to out-camp each other on the pink carpet