Moore, who calls her glass house-inspired digs Moore Manor on the show, posted a video on her Instagram of the car accident and the aftermath. 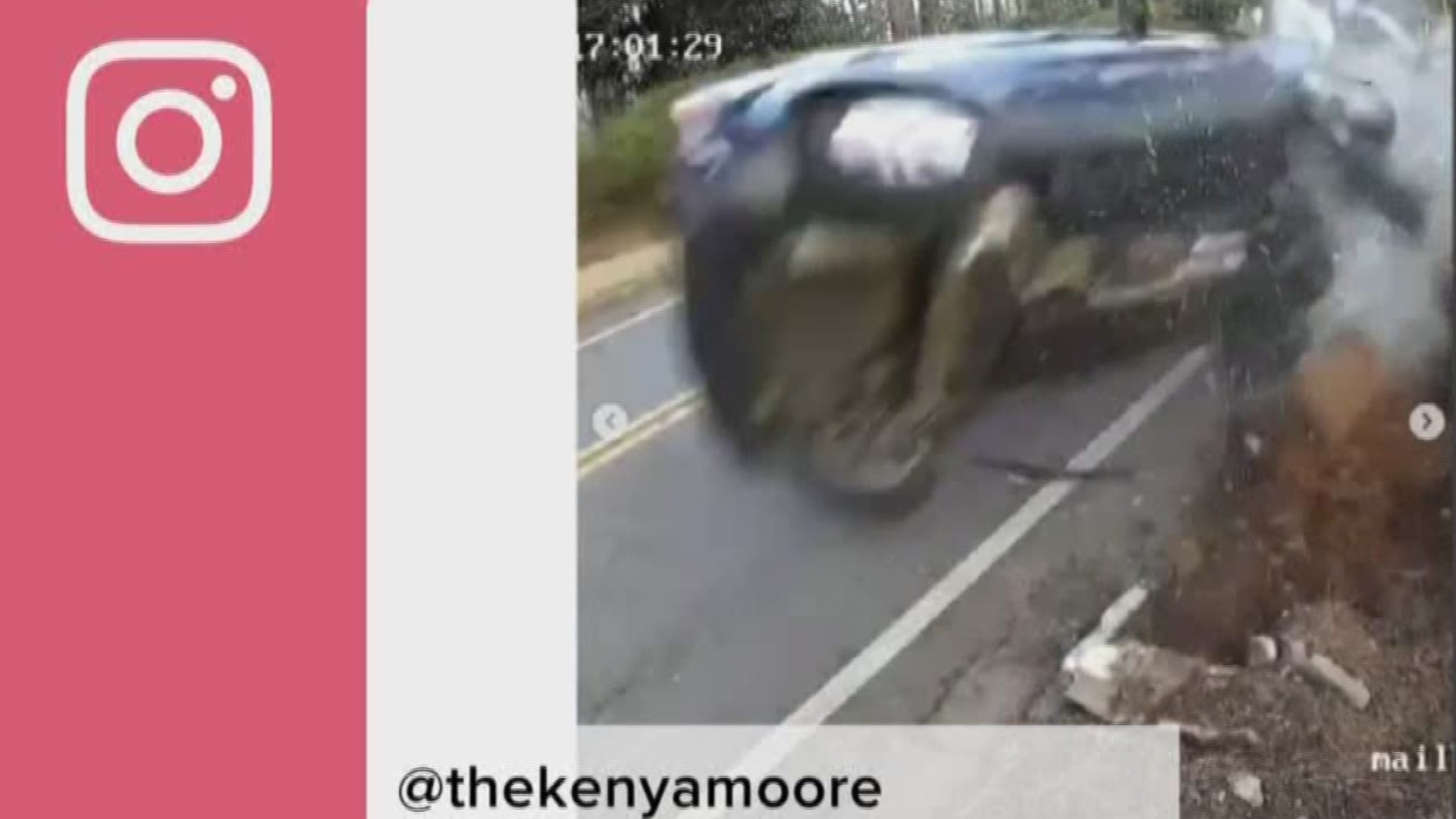 ATLANTA — Real Housewives of Atlanta star Kenya Moore has had her fair share of drama on the hit unscripted series on Bravo.

But over the Christmas holiday, she and her toddler, Brooklyn, discovered they missed a car accident that impacted their Sandy Springs home.

Moore, who calls her glass house-inspired digs Moore Manor on the show, posted a video on her Instagram of the car accident and the aftermath.

“@thebrooklyndaly and I went to the park and came back to find my cement mailbox on the side of the road, Moore wrote on Instagram, “ I searched my cameras and saw this!!! We have speed bumps right outside my house. After cutting the roof of the car off the driver was ok.”

11Alive reached out to Sandy Springs Police and Moore about the incident.

Moore has not responded but, according to social media, she's just happy that she and her family are safe.

“Just to think yesterday I took her out in her new stroller along my street. Thank you God for your protection,” Moore wrote.

The reality star and former Miss USA winner is no stranger to letting her followers know about what's on her home surveillance.