"Ed Spivia gets all the credit," Burt Reynolds told The A-Scene. 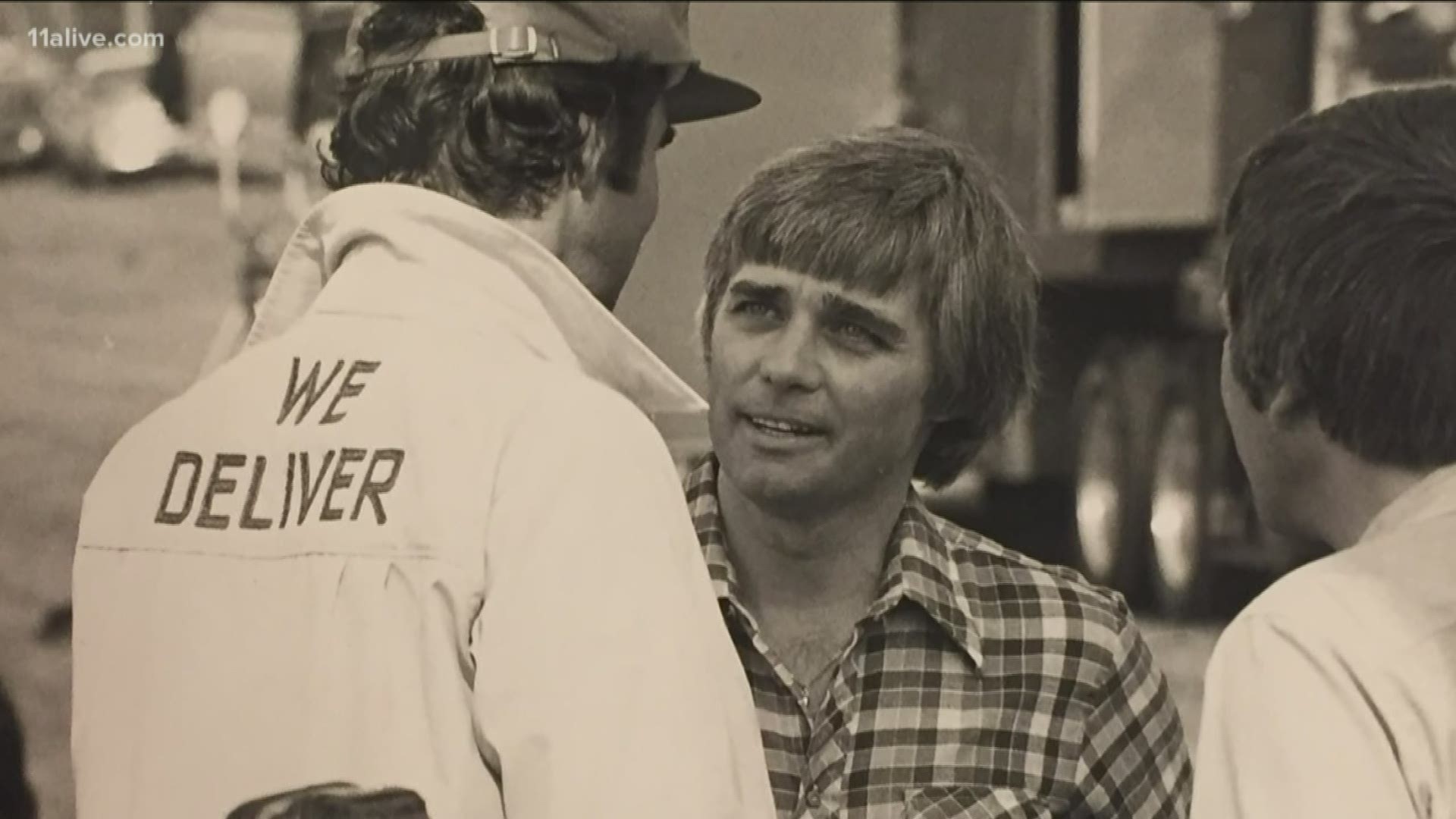 ATLANTA — Earlier this week, we learned of the passing of Ed Spivia,  a legendary leader of the Georgia Film Commission.

Our Francesca Amiker and The A-Scene sat down with him a little more than a year ago for what would be his last interview.

We wanted to talk to the person who started it all, but when we reached out to Ed Spivia he told about his battle with Parkinson’s disease and didn't want to do an on-camera interview.  However, he did allow us to record the audio from that interview.

When we talked with Ed Spivia, we talked about things a long time ago - 1971 to be exact.

That summer Ed drove up to Raybun County where a new business had moved into town, film production for the movie "Deliverance," starring Burt Reynolds.

He was writing for a brand-new magazine he just started, called Georgia Trend.

"We had as one our charges was to bring in tourism, and I saw how similar tourism and the film industry are.   You could see that a job is a job and the more jobs you can get the more money you can make," Spivia said.

Instead of seeing movie stars, he saw people renting hotel rooms, caterers, and rental cars.  When he got back to Atlanta, he headed straight for Governor Carter's office.

"And Governor Carter said, "Let’s go get more of this business," Spivia recalled.

And oh, did they get some of that business.  By 1982, Spivia had brought 187 movies to Georgia leaving an estimated half billion dollars in our state and they did it all without tax credits.

Spivia would visit with hotels. caterers. lumber yards, and banks.  All to help lower the film makers costs in exchange for filming in Georgia.

Governor Carter would fly out and pick up the stars, even host for dinner at the Governor’s Mansion.

"What was your best sales pitch."  ‘I'm Jimmy Carter.  I'm your Governor.  I'll help you find locations,’.  Carter loved the film industry.  And he was gearing up for a run," Spivia recalled.

1 / 7
11Alive
By 1982, Spivia had brought 187 movies to Georgia leaving an estimated half billion dollars in our state.

They got the business, and Carter gained important allies for his Presidential run.

"It made sense.  You could criticize him for it.  But it worked.  He made it worked," Spivia said. "Did you think he was trying to promote himself.  laughs, no I wouldn't say that."

But they had one ace up their sleeve that they could never have imagined -  Burt Reynolds.

The A-Scene also spoke with Burt Reynolds shortly before he passed away last summer.

"Ed Spivia gets all the credit," Reynolds said.  He was the most successful movie star of the seventies, and he had Georgia on his mind.

"I'm a nice guy.  And I think we really helped him make his movies make money," Reynolds said.

"I think Georgia is just the best place to make movies.  I made six pictures here and I feel responsible for at least 5 others made here," Spivia said.

“We are deeply saddened by the loss of Ed Spivia, who served as the state’s first film commissioner and is the person we credit for making Georgia’s film industry what it is today. Since he was appointed by Governor Jimmy Carter in 1973, film has become one of the state’s top industries. Last year, 455 projects spent $2.7 billion and created more than 92,000 jobs in Georgia. He guided the start of this industry from nothing and quickly turned Hollywood’s attention to Georgia. No words can adequately express our gratitude for everything Ed did to spur filming in Georgia, and we will keep his memory alive by continuing his work for an industry he loved so much. We extend our deepest condolences to his family and loved ones during this difficult time.”

He was surrounded by his wife Barbera and two sons Rhett and Gregg, and the Georgia film industry offering a red carpet send off.

"I don't think anyone in 1970s Georgia would think all these stars would come to Georgia. "Just one Dummy," Spivia said.

That one dummy would take the helm of the Georgia Film Commission again in the early 2000's. This time with tax credits up his sleeves, and despite some opposition, it was his idea to make movies and shows with the Georgia Peach logo.

How Burt Reynolds was the grandfather to the Georgia film industry