During a red carpet, the cast spoke out for the first time since the Atlanta Journal Constitution called the film "defamatory." 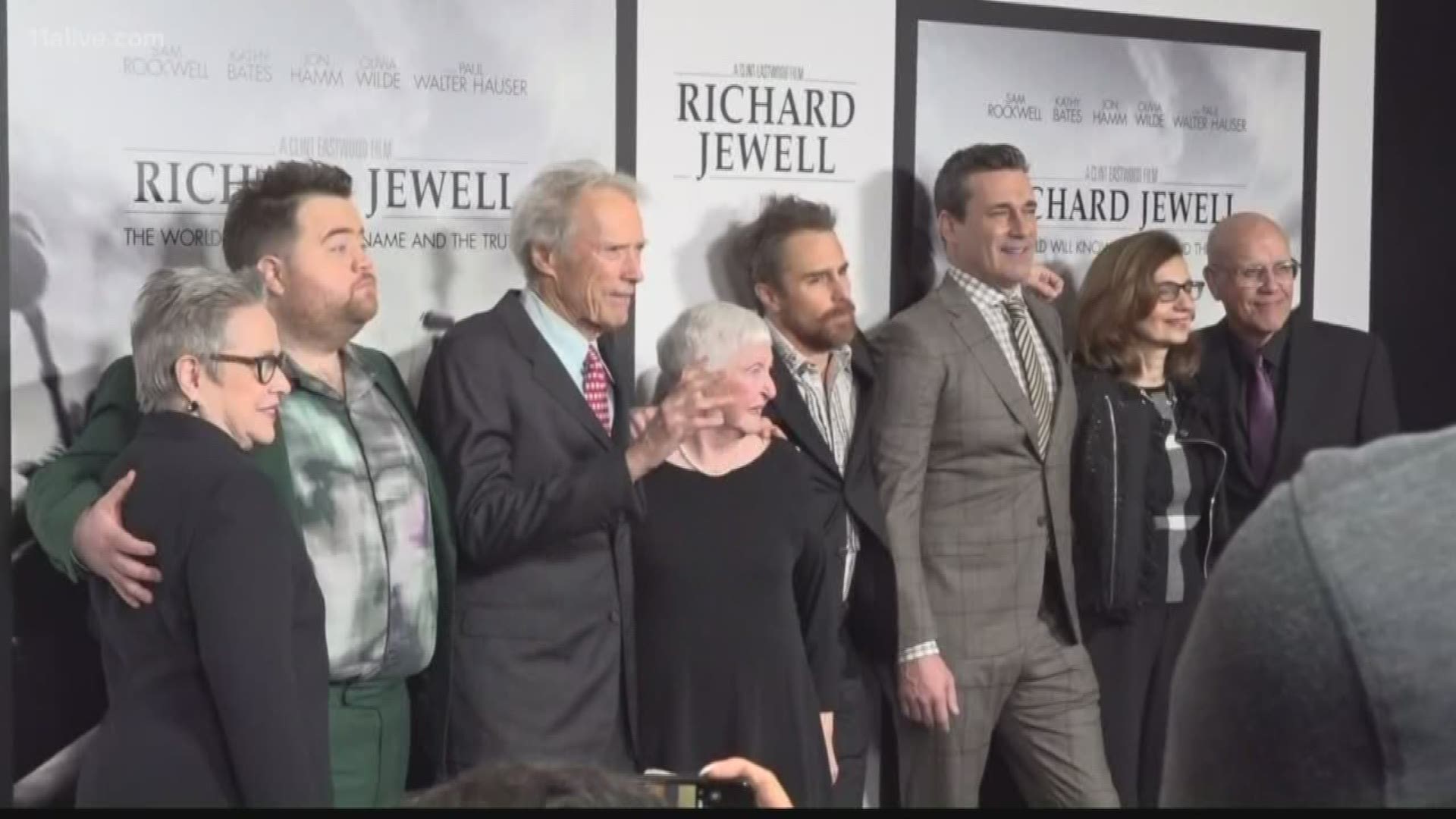 ATLANTA — The cast of the highly-anticipated "Richard Jewell" movie hosted a red carpet premiere at the Rialto Center of Arts, Tuesday night.

During the event, the cast spoke out for the first time since the Atlanta Journal Constitution called the film "defamatory."

In the film, actress Olivia Wilde portrays AJC reporter Kathy Scruggs offering to trade sex with FBI agent John Shaw for the name of their prime suspect in the 1996 Olympic bombing in Atlanta, Richard Jewell.

Paul Walter Hauser, who stars as Jewell, didn’t appear to be concerned by the backlash.

“I think the feeling is that it sorta came out of nowhere," he explained. "This project has been around for about 5 years. It was a very famous screen play. It had Leo (Leonardo DeCaprio) attached to it at some point."

"They could have done their digging," Hauser added. "It was the last minute decision by the AJC, and while I appreciate their opinion I’m not going to let it be a shrouded or shadow over the celebration of this moment for the Jewell family,” Hauser said.

RELATED: AJC fires back at Eastwood, 'Richard Jewell' film over portrayal of reporter

When asked if not enough research was done for Wilde’s character - Scruggs- Eastwood did not hold back.

“There’s only so much research you can do. You can’t live inside the people because they no longer exist. We know as much as anybody knows. Kathy Scruggs was a very interesting personality, and she seemed to, and she did define the answer to it so how she did it, nobody will ever really know. It could have certainly happened this way,” Eastwood said.

Hauser said said he did his homework for the role.

“I didn’t want to do too much. I sorta wanted to keep it loose. I wanted to make sure I was allowing myself to those impromptu moments where actors just feel it out and make something up," he said.

"So I got the voice down, I got the look down, with the help of the hair and make up, and hopefully I got the spirit of Richard Jewell down," Hauser added.

Actor Jon Hamm said he was fortunate to have the authors behind the original story that inspired the screenplay on site while making the film.

“Ken Alexander and his writing partner Kevin wrote an essentially definitive account of this story. It’s about a 500-page book exhausted with research. So not only do we have the book, we have them to simply ask questions. Ken is a U.S. attorney, and Kevin is a former Washington journalist,” Hamm said.

When asked about the dynamic with the cast since critics have attacked the credibility of the film, Hamm called the comments ridiculous.

“It’s my understanding that the people making these accusations haven’t seen the film yet. I kind of feel like the irony in that is sort of ridiculous. Kathy is portrayed by Olivia in this film as she was, which is an incredibly nuanced individual. To reduce her to this one thing is not fair," Hamm said.

Hamm who plays Tom Shaw in the movie commended the cast and crew for bringing this story to life.

“It comes from the top. There aren’t many people like Clint Eastwood around. They are few and far between. The guy is deservedly so, he is a legend in our industry, and he makes movies with something to say.  You’d be hard pressed to find a film that Clint Eastwood wants to put his name on that doesn’t have a layer of meaning.  What we were really set to do was honor this guy who is an American hero and was done wrong with various forces conspired against him,” Hamm said.

While reflecting on his time filming in Atlanta, Eastwood says he wanted to keep the look and feel of the city as authentic as possible.