The Grammy award-winning singer recently released her debut single after more than 25 years as a member of the platinum-selling R&B group 'Xscape.' 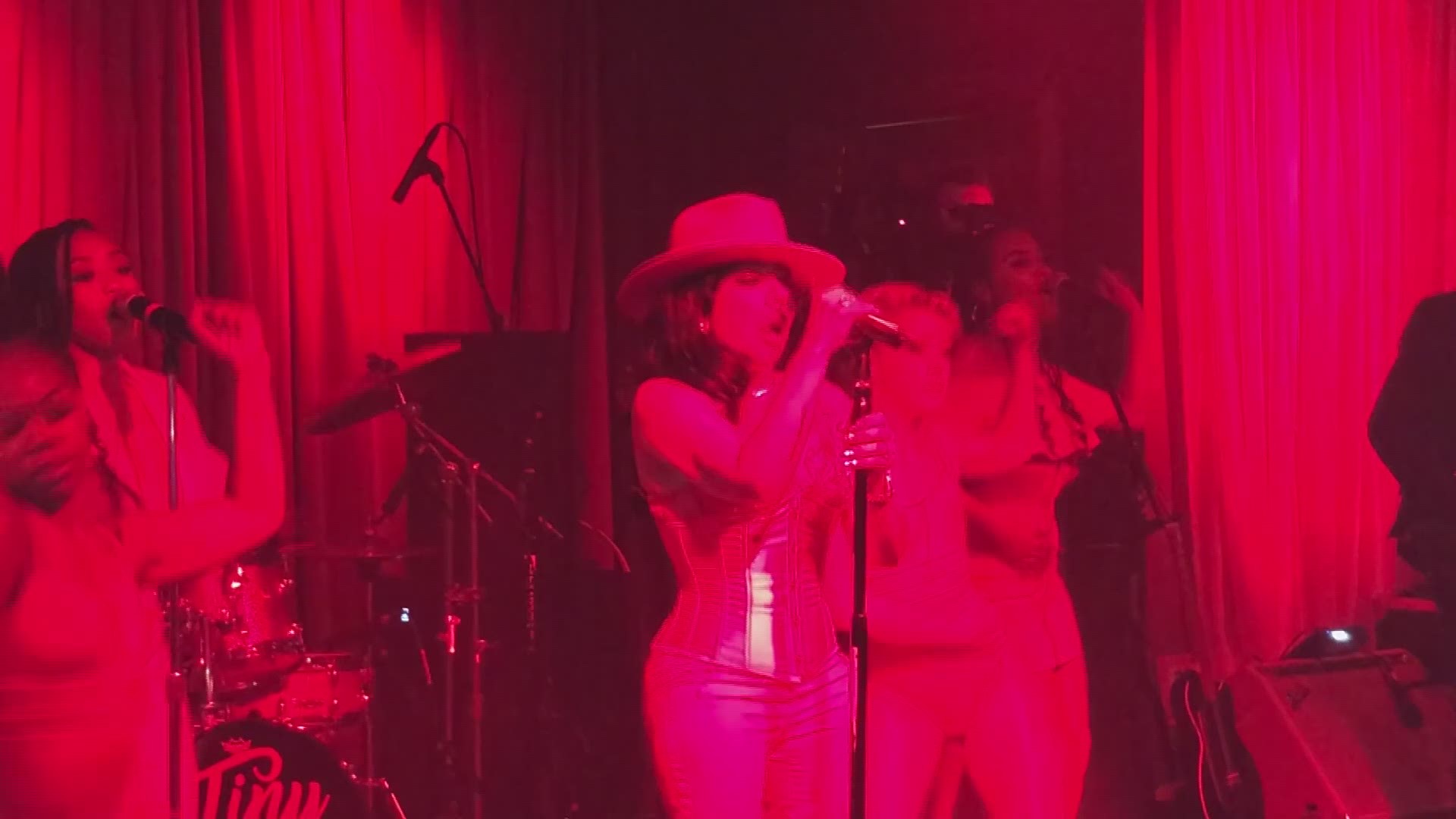 ATLANTA — In front of a packed crowd in Atlanta, Tameka “Tiny” Harris performed for the first time as a solo artist Thursday night.

The singer-songwriter recently released her debut single after more than 25 years as a member of the platinum-selling R&B group “Xscape.”

Last month during a listening event for her upcoming EP, the Grammy award winner explained why she decided it was finally time to go solo.

“Sometimes it’s harder to branch out from what they [the fans] know … I thought, maybe if I create something different with this new music, maybe they’ll get into it,” Harris said.

The event was hosted by Harris’ daughter, Zonnique Pullins along with close friend Reginae Carter. Carter is the daughter of the rapper, Lil Wayne.

Harris’ husband, rapper T.I., and their children were in attendance to support her performance.