The 2019 Music Midtown lineup has been announced! 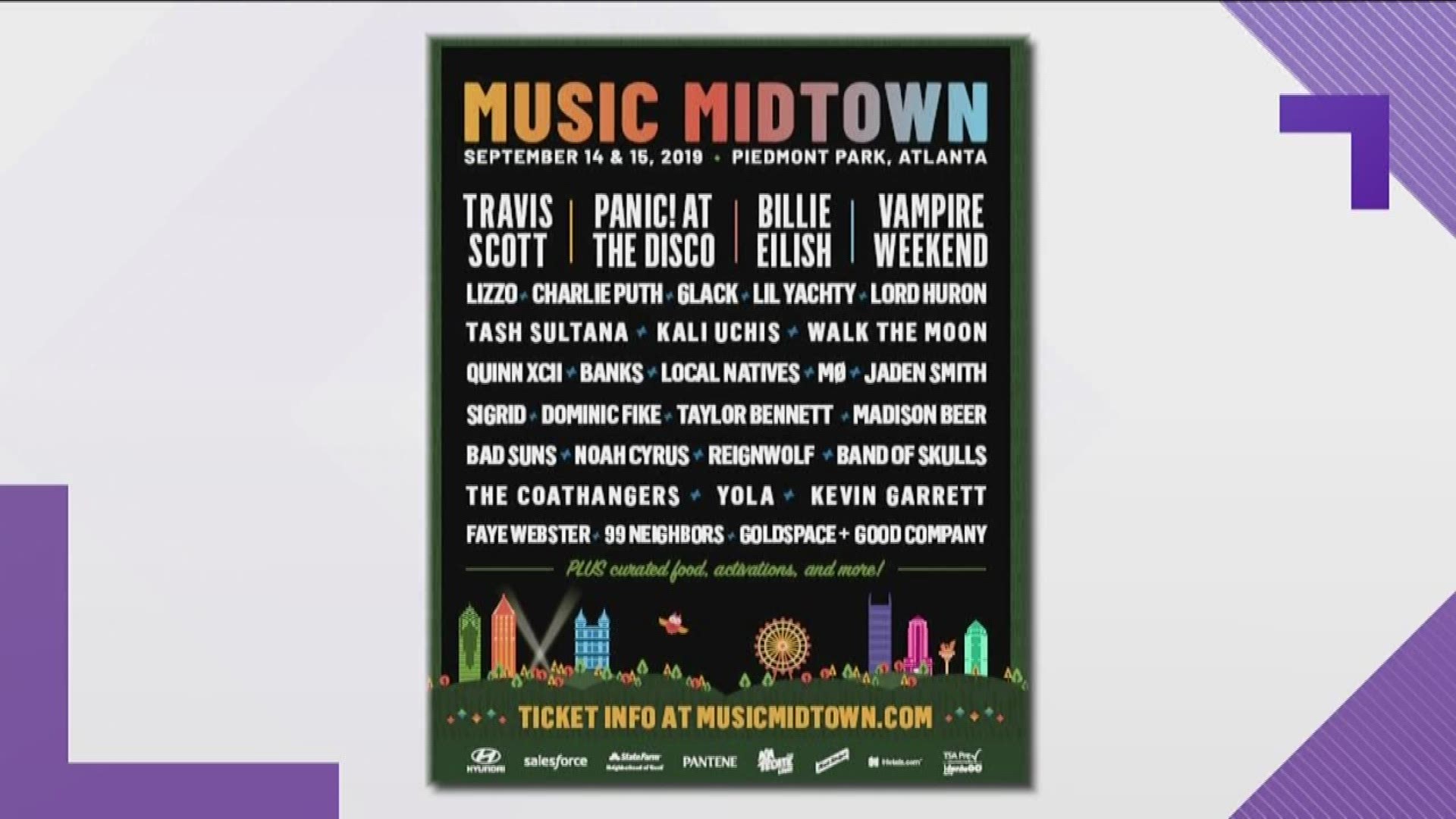 ATLANTA — This year's Music Midtown schedule has been released!

Travis Scott, Panic! At The Disco, Billie Eilish and Vampire Weekend will be headlining this year's annual music festival September 14 and 15 at Piedmont Park.

The performers will be spread out over four stages across the park, and
Tickets will go on sale on Friday, May 17, at 10 a.m.

Visitors are cautioned that the only official place to purchase tickets is on the Music Midtown site at MusicMidtown.com/tickets or at FrontGateTickets.com.

"While Craigslist, eBay, StubHub, VividSeats or any broker site may appear to save you cash and allow access to the festival, many of these are either already used or are counterfeits," according to a message posted on the official Music Midtown site. "Also, in the event of a festival cancellation, your tickets will only be refunded when purchased through our Tickets page or frontgatetickets.com."

General admission tickets include a wristband, access to all four stages, access to food trucks, bars and sponsored experiences.