‘The Conjuring 3’ creeps into production in Newnan 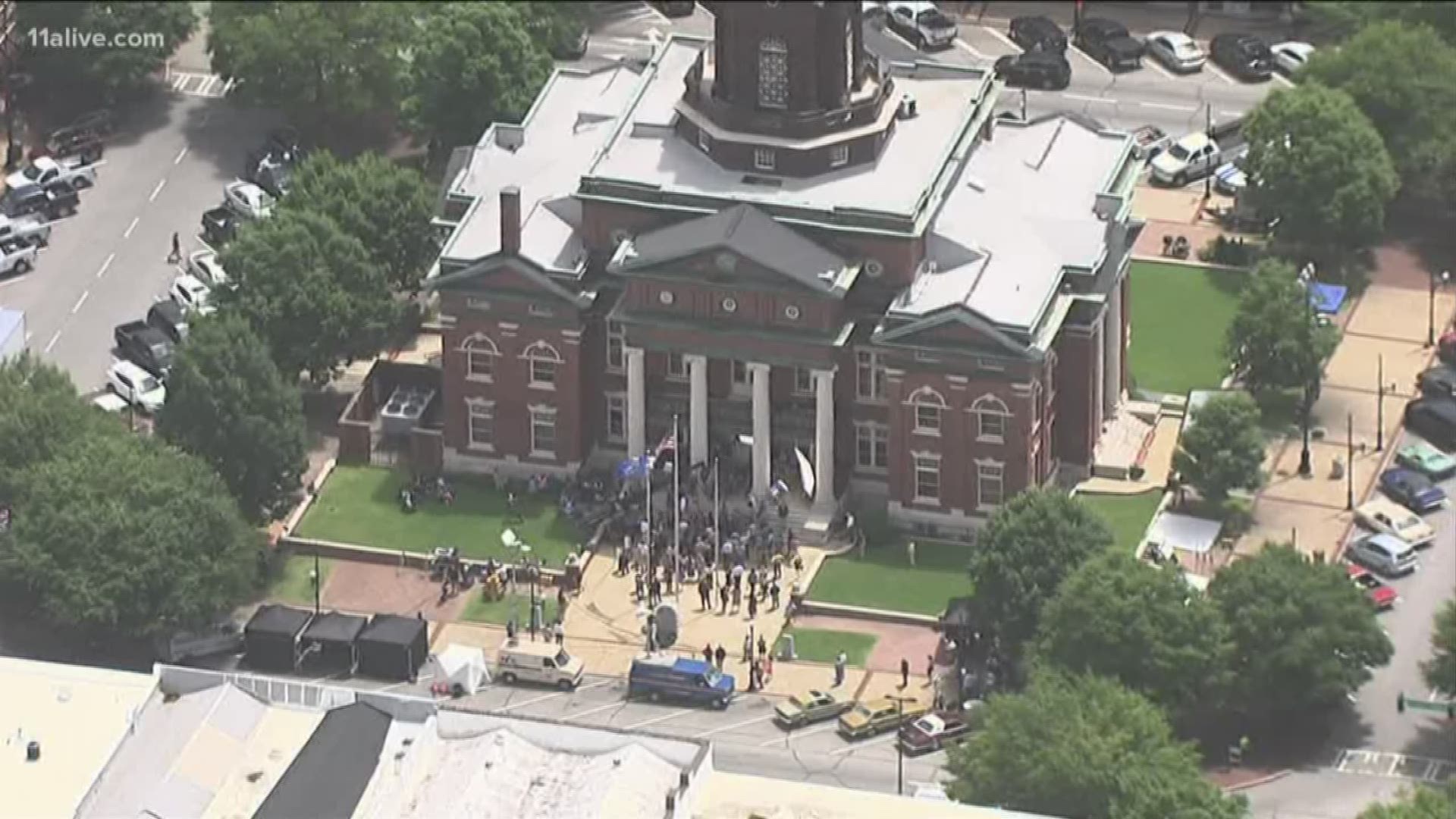 Halloween horror comes early to Newnan as TV producers for the movie "The Conjuring" shoot the third film.

In a map provided by the city, parking will not be available until noon on July 17 around the Coweta County Probate Court square. The same is expected for W. Washington Street.

Working trucks will also be stationed at the Historic Train Depot and the Newnan First United Methodist Church.

Local businesses in the area were compensated for the production's presence.

Production was caught in action along the intersection of the W. Washington Street and Jackson Street by A-Scene insider Nick Reese.

Credit: Nick Reese
Filming for 'The Conjuring 3' was seen along the intersection of the W. Washington Street and Jackson Street by A-Scene insider Nick Reese.

The production set up a day early, according to A-Scene insider Kathy Waylett, who located equipment across from the Coweta County Probate Court.

Credit: Kathy Waylett
Preparation comes ahead of filming for 'The Conjuring 3' in Newnan, Georgia.

The crew is filming a court scene. Casting directors are looking for ‘clean shaven’ men of all ages to play as court spectators on July 16, according to the casting call website, Project Casting.

A-Scene insider Amber Zinsmeister discovered the home for 'The Conjuring' in Newnan.

The film is expected to hit theaters in 2020.

Review: 'Conjuring 2' is a demonic delight