Singer Omarion and Rapper Bow Wow will battle it out inside of the State Farm Arena on Friday, April 10 at 8 p.m. 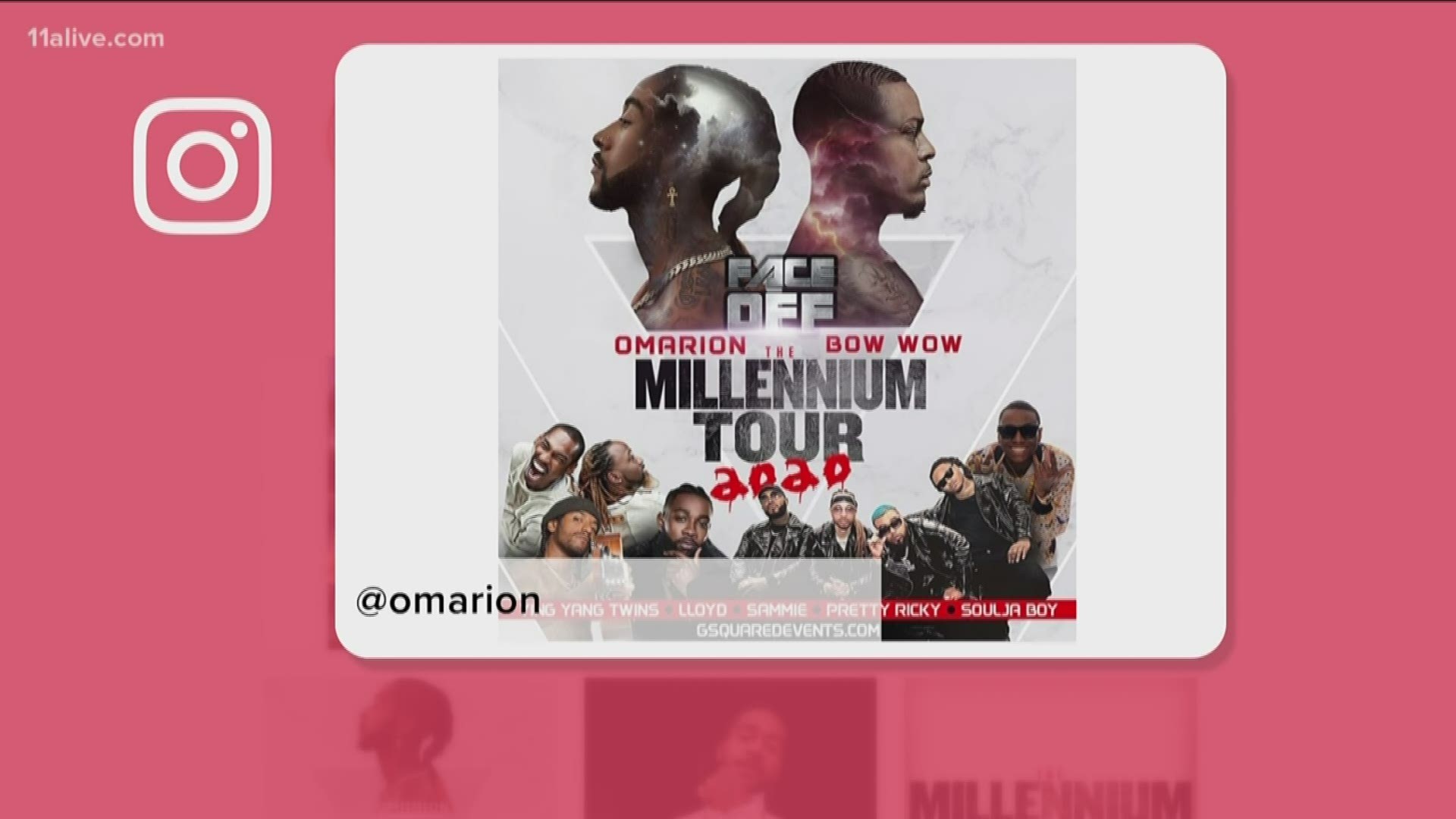 ATLANTA — Nineties babies get excited! The Millennium Tour 2020 is coming to Atlanta.

Singer Omarion and rapper Bow Wow will battle it out inside of the State Farm Arena on Friday, April 10 at 8 p.m.

This isn't Bow Wow's and Omarion's first collaboration. Back in 2007, the two dropped a joint project called "Faceoff." This album featured the popular songs "Girlfriend," "Hood Star" and "Listen."

The two headliners will be joined by the Ying Yang Twins, Lloyd, Sammie, Pretty Ricky and Soulja Boy, according to the official press release.

This tour comes off the heels of the success of The Millennium Tour 2019 which featured B2K as the headliners. Many fans across social media have noted that B2K will not be returning for this tour following the fall out between former bandmates Omarion and Lil Fizz.

Omarion has denied any beef with his ex-bandmate, who is now dating the mother of his children. In an interview with Vlad from Vlad TV, the singer said "I don't feel any way about it" -- referring to the relationship between Apryl Jones and Lil Fizz.

The highly anticipated tour is set to hit the road in the Spring, with the first concert taking place in Louisville, Kentucky.