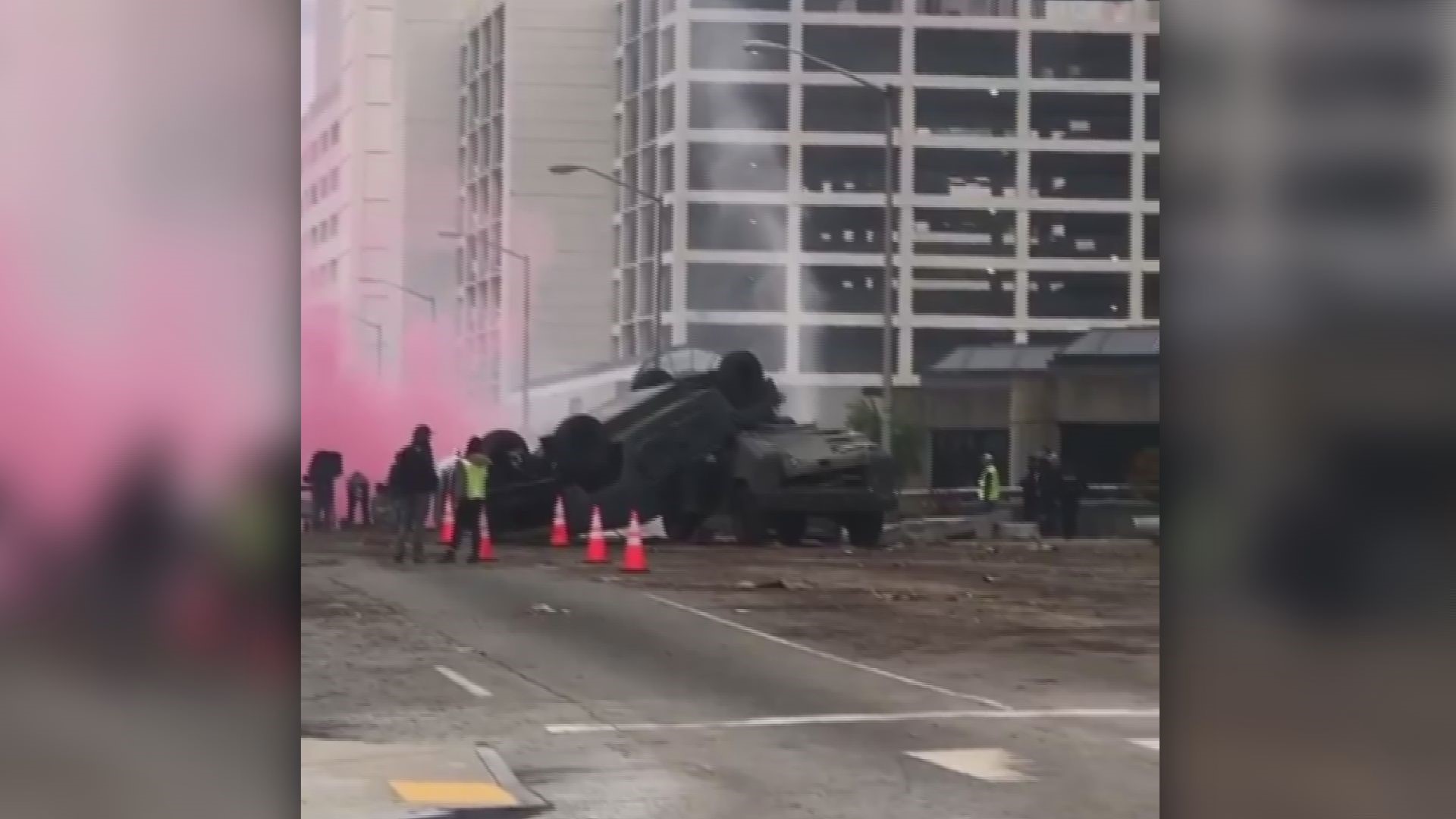 ATLANTA — Imagine attending brunch on a Sunday with your friends and then you look outside the window and spot what appears to be a military fight during the post-apocalyptic era?

That’s what happened at 30 Ivan Allen Jr Blvd. NW to Korey Felder, the owner of oAK Atlanta, an upscale social club in Atlanta.

Felder was enjoying his routine weekend brunch when he spotted pink smoke, military inspired vehicles, and what appeared to be virtual soldiers filming a scene for “The Tomorrow War,” an upcoming movie executive produced by Chris Pratt.

“Apparently aliens are invading brunch,” Felder wrote in his Instastory.  He later shared military cars roaming the streets while doing takes for the film.

“This is my first time executive producing on a movie! And I can finally post about it!!! The title 'Ghostdraft,' turned out to be problematic for various reasons so we started looking at other options,” he wrote.

The black and white photo he shared with the caption shows Pratt alongside some of his ghost army.

He didn’t tag the actors in the photograph, but some of the cast members listed on IMDb include Yvonee Strahovski, Betty Gilpin, and Keith Powers.

Production for the Chris McKay-directed film in Atlanta began early September under the basecamp sign “Boneyard.” Some of the filming locations around town include Midtown and Mercedes-Benz Stadium. Some scenes for the upcoming movie are being filmed at Blackhall Studios in DeKalb County.