The 76-year-old played Hershel on the show. 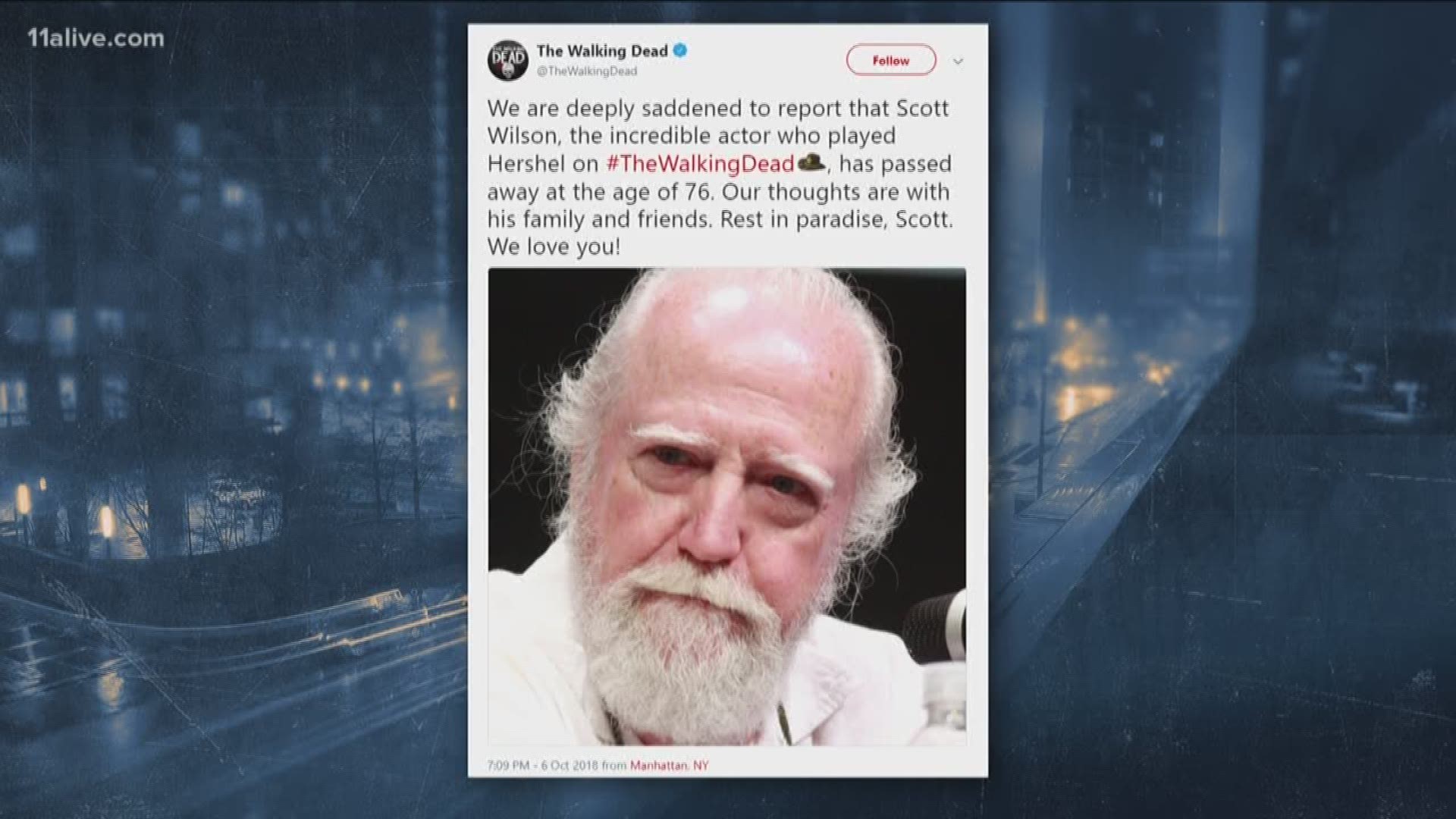 Scott Wilson, one of the actors in the popular show 'The Walking Dead' has passed away.

Saturday night, the official twitter page for 'The Walking Dead' from Skybound Entertainment posted a photo of Wilson, saying that he died.

The 76-year-old played Hershel on the show.

We are deeply saddened to report that Scott Wilson, the incredible actor who played Hershel on #TheWalkingDead, has passed away at the age of 76. Our thoughts are with his family and friends. Rest in paradise, Scott. We love you! pic.twitter.com/guNI7zSqDZ

AMC's Twitter handle for 'The Walking Dead' also tweeted that Wilson will be missed.

Scott will be remembered as a great actor and an even better person. The character he embodied on The Walking Dead, Hershel, lived at the emotional core of the show. Our hearts go out to his wife, family, friends and to the millions of fans who loved him. pic.twitter.com/cTf4dParo7

The show is filmed in Georgia.

PHOTOS: Cast of 'The Walking Dead'