The Walking Dead had a Super Bowl party...and it was as you would expect it to be 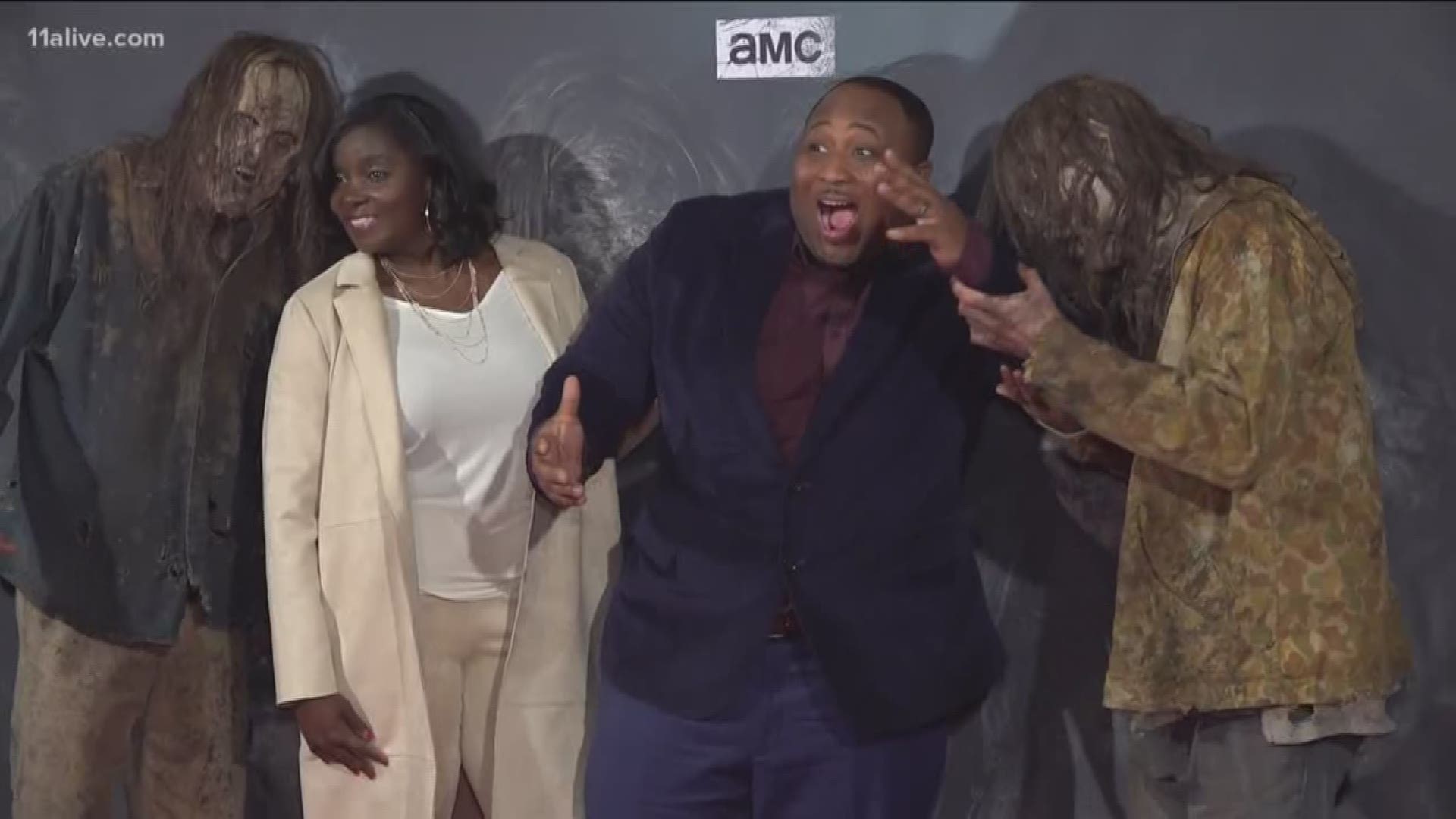 ATLANTA — AMC’s “The Walking Dead” returns for the second half of season 9! And just in time for Super Bowl weekend here in Atlanta, the star-studded cast threw an exclusive viewing party and The A-Scene got the invite.

And no celeb soiree is complete without a host, super producer Dallas Austin held the private event at his home.

Guests were spooked by the morbid appearing walkers (the show’s zombies) throughout the event.

“I’ve been a fan of the ‘The Walking Dead’ from the time it started. It’s just something different for Super Bowl, you know, too.  And with zombies in the house. I was like, I’m definitely going to do that,” Austin said.

The second half of “The Walking Dead” Season 9 finds its groups of survivors, both old and new, continuing to deal with the impact of events that took place during the six years that have passed.

“I go to tell you. This season that is about to come out is our best season since season one. The show is like a virus. It sort of adapts and becomes a different thing. We keep it moving. We don’t do the same thing over and over,” Norman Reedus said.

Since the disappearance of Rick, many of these characters have become strangers to each other, and in some ways, strangers to themselves. What they do know is that they are in undeniable danger.

They will soon realize the world just beyond does not operate as they thought. The group’s rules and ways of survival no longer guarantee their safety.

“We’re about to get tested, because we just saw a group that dresses up in dead skin. We’ve seen crazy. I come from a place where the king has a tiger,” Cooper Andrews said.

We asked them to tell us

“I think we know that Neegan will get out and stretch his legs a little bit. Neegan knows more about the whispers than you do,”  Jefferey Dean Morgan tells The A-Scene.

A whole new threat has crossed their paths, and they soon discover it’s unlike any threat they have encountered or endured before.

The group will start to question what they think they see. What may appear to be normal in this post-apocalyptic world could actually be more disturbing and terrifying than when the apocalypse first broke out. All that is certain is the stakes are high and numerous.