Ludacris, 2Chainz, Jeff Foxworthy, and Samuel L. Jackson are all fans of the Dirty Birds! 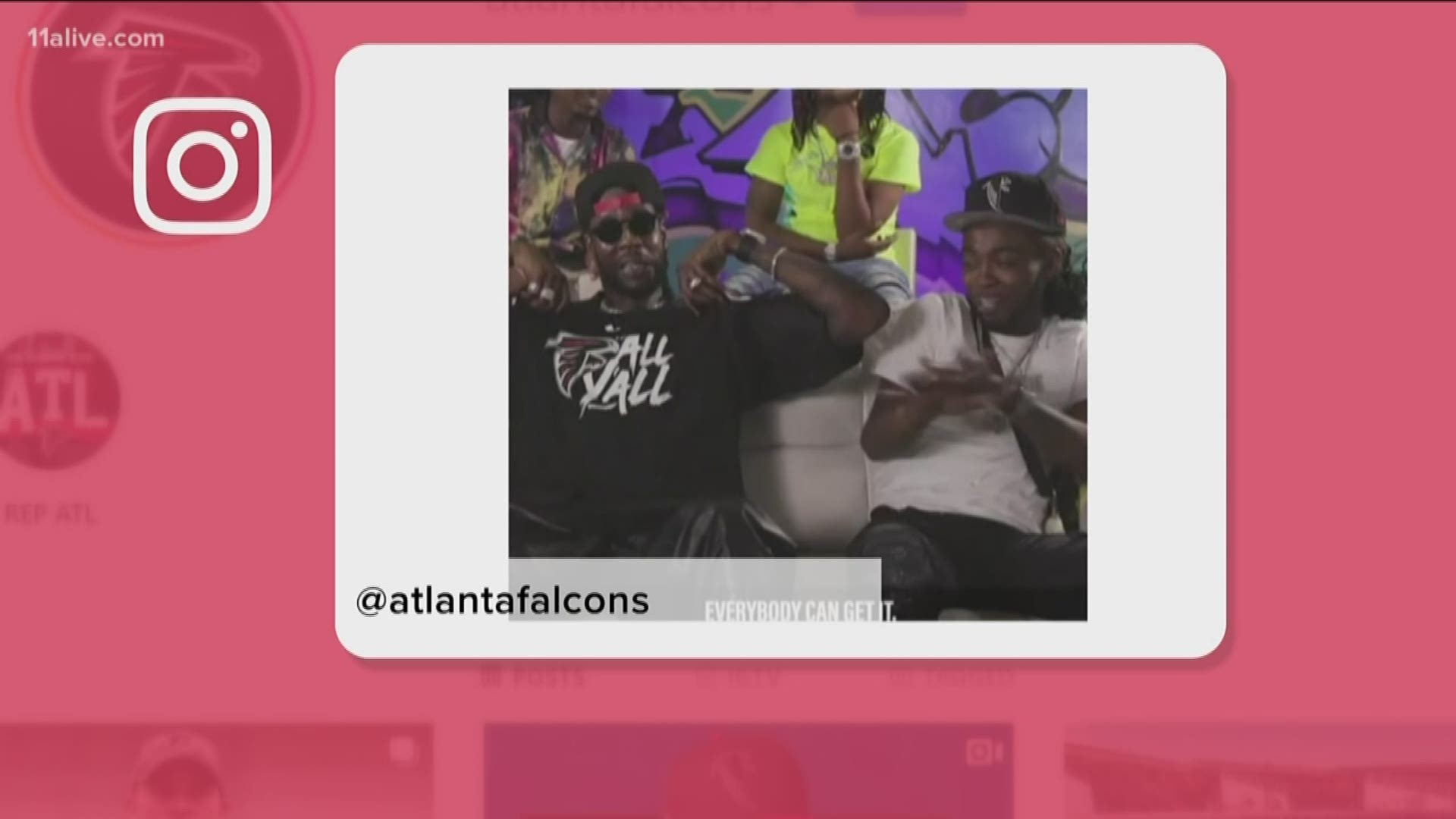 ATLANTA — Welcome to Atlanta, where the players play!

Football season brings out a competitive nature to Atlantans, and a few of your favorite celebs love to represent the Atlanta Falcons.

Here’s a list of celebrities you can always count on to root for the Dirty Birds.

Hapeville’s very own Jeff Foxworthy is no stranger to supporting the dirty birds. In 2011, he showed his support for the Atlanta Falcons with Samuel Jackson and the Dixie Chicks in a commercial!

It is worth noting that if you add a dinner from his favorite restaurant Chic-fil-A, you’ve got one happy comedian.

Former President Jimmy Carter reps all things Georgia, and supporting the Atlanta Falcons is at the top of that list.

You can often catch 94-year-old at games after church service on Sunday. He also made a superstar guest appearance in Ludacris and Jermaine Dupri’s “Welcome to Atlanta (Falcons Remix) music video.

The Atlanta native recently announced his collaboration with the team for official merchandise with the Atlanta Falcons. The Falcons vs. All Y’all collection will exclusively launch this Friday at the Falcons Friday Kickoff Rally presented by SunTrust. It will be available Friday, 9 p.m., on the Atlanta Falcons team store website. Rise up!

Morehouse grad Samuel L. Jackson is a proud fan of the black and red. The star often comes to the games and can be seen talking smack to his fellow celeb friends about his favorite team– the Atlanta Falcons.

He is not just a regular fan, oh no, he is a super fan. I'm talking a full-on love affair with our Dirty Birds. Don't believe us? Well, here are the Tweets to prove it

You can always count on the second half of Outkast to support the Atlanta Falcons. Not only is the star an avid football fan, he still wanted to make sure he represented Atlanta football at last year's Super Bowl halftime show with Maroon 5.

"Power" star Omari Hardwick is a super Atlanta Falcons fan. The Savannah, Georgia native proudly supports the team on and off the field. He was seen during last year's #SalutetoService game.

Entertainment mogul Ludacris represents Atlanta all day, every day.  Last year, he took his fandom to another level when he remixed his 2008 hit “Welcome to Atlanta” with Jermaine Dupri.

The Migos star is an avid football fan, pitching in at celebrity flag football tournaments. But he also keeps his home town first by supporting the Atlanta Falcons. He and his bandmates once dedicated their song “11 Birds” to the team. Wide receiver Julio Jones once called the bop his theme song.