Maggie has a true rag to riches story. Before she was a celebrity, she was a homeless horse on the side of the road. 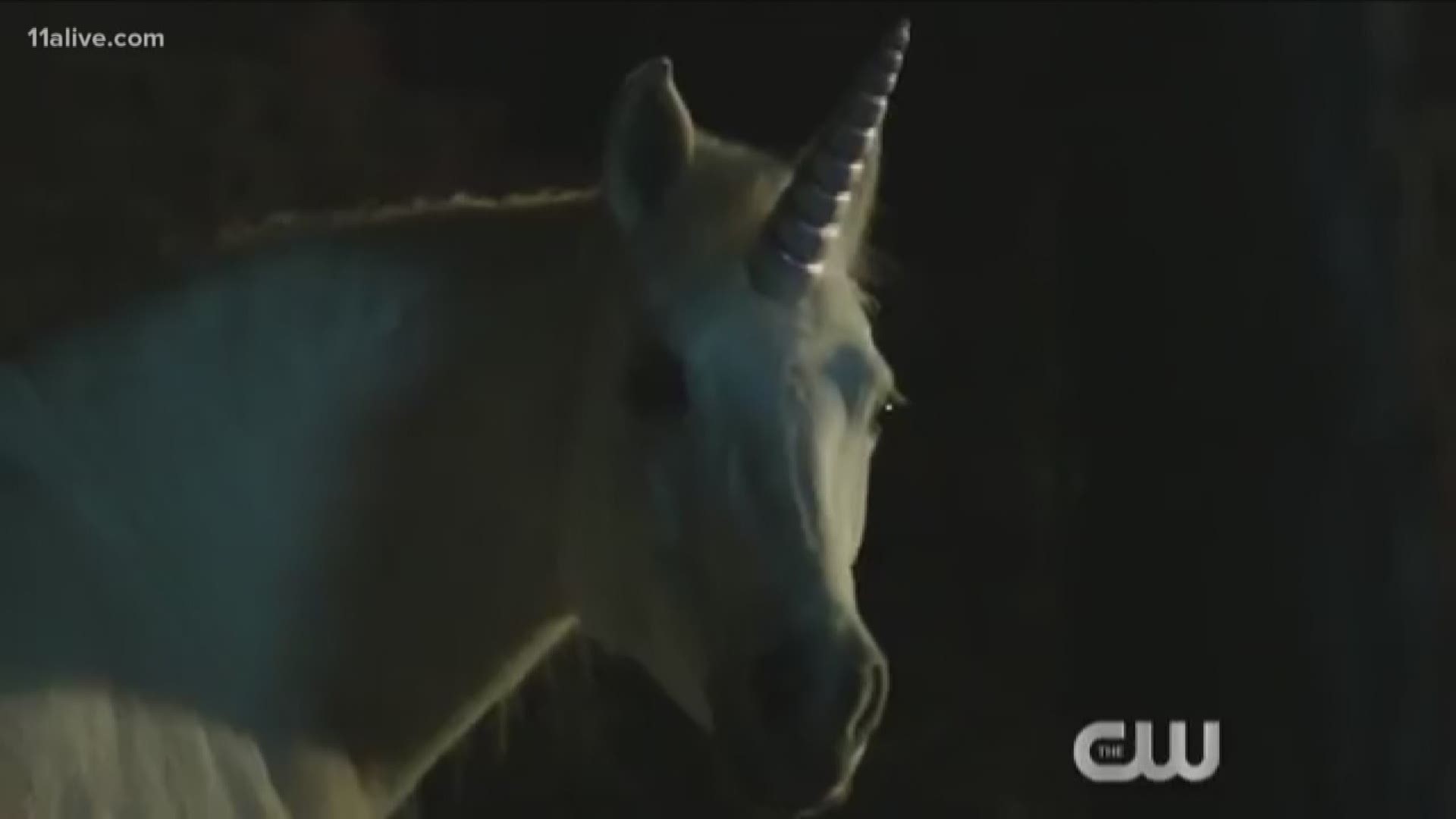 ATLANTA — Maggie has a true rag to riches story. Before she was a celebrity, she was a homeless horse on the side of the road.

The A-Scene’s Francesca Amiker spoke to Schmersey about their road to stardom and met Maggie.

“We had to prepare for a reveal scene.  We even had to do a death scene," Schmersey said. "We’re not talking about me. I didn’t do it. Maggie did it! Maggie the magnificent horse.”

And she’s not kidding. The horse is a real-life star!

In fact, Maggie just made her first industry debut on this episode of CW’s "Legacies" as a unicorn.

Schmersey revealed that she never intended to be in the film industry, but Maggie has created a new avenue for her.

“Maggie helped me get there. This horse is so smart. She has tricks, she had everything, and I was like she can do this,” Schmersey told The A-Scene.

But like many shining stars, Maggie wasn’t always saddled with a silver spoon, nor was she born a high horse. Maggie was once homeless on the streets.

“I found her in a rescue and she actually came up to me and I was like OK this horse wants to go home with me,” Schmersey said.

So, Elaina trained Maggie for the next seven years. And got industry training with Animals of Distinction for the last two years.

When “Legacies” put out a casting call for a unicorn, she knew Maggie was their girl.

“When we were on set, it was very dark. We had a dark scene and she had to act like she was eating but then look up at the characters. She had to look at the characters but stay put which is a lot to ask of a horse with no ropes,” Schmersey said. “I’m guessing this is that just the beginning for Maggie. I think so. I think we have a lot of roles coming down. She’s up for hire for sure.”

Elaina also stressed the importance that training the horse to work on set.

She said the actors couldn’t stop taking selfies with the rising star.  And we're so glad Maggie is now financially stable.

Here's how you can you get your pet involved in acting.