T.I. gives away a thousand turkeys for Thanksgiving

The Atlanta rapper and philanthropist did his 15th annual turkey giveaway on Tuesday. 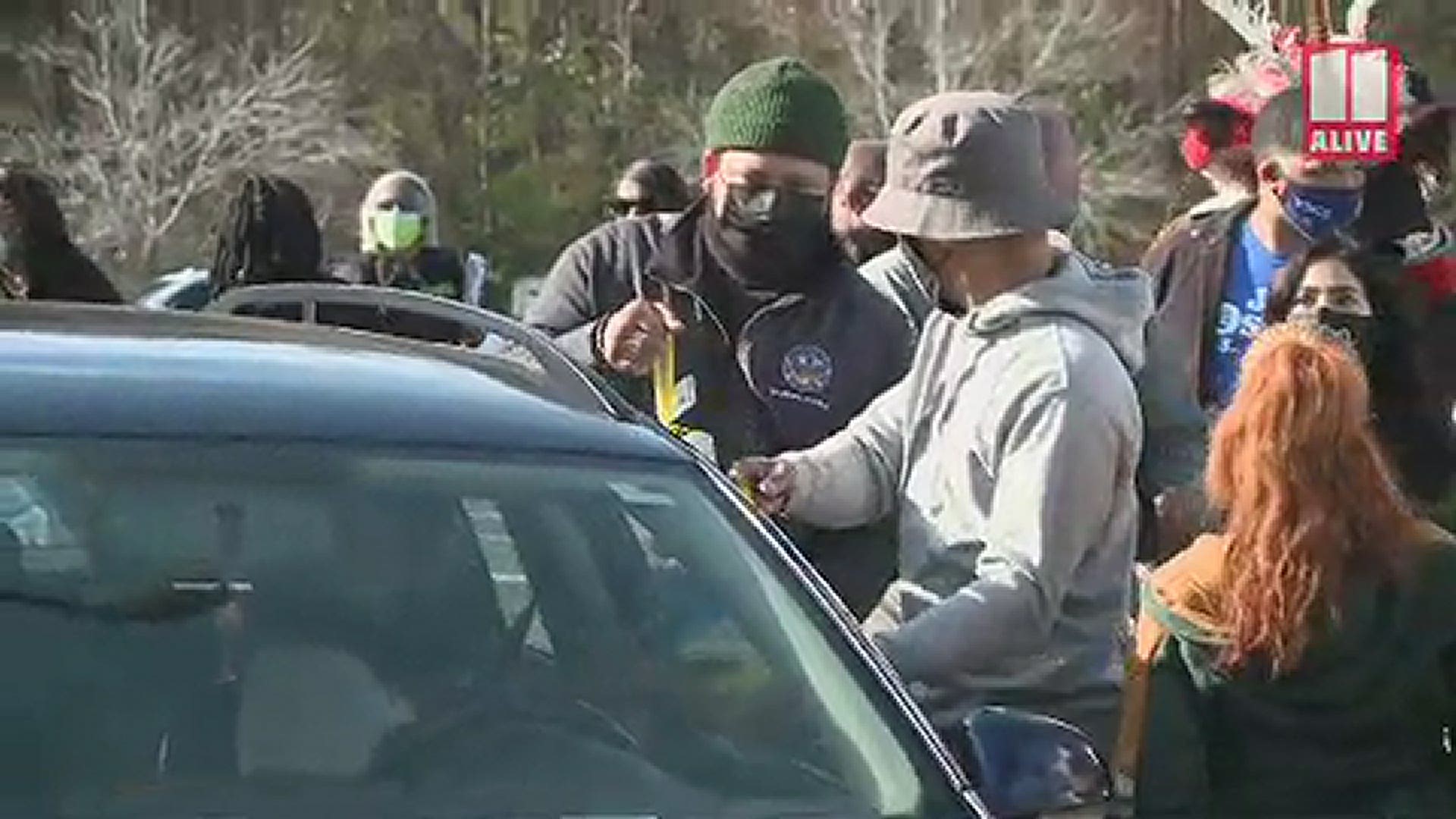 ATLANTA — Atlanta rapper and philanthropist T.I. gave away a thousand turkeys to families in need for Thanksgiving on Tuesday for his 15th annual turkey giveaway.

The event was put on by his family foundation, Harris Community Works, and is done every year to serve "families and seniors in need," according to organizers.

"These families have come to rely on this Turkey drive every year to make their Thanksgiving meals possible," a release said.

The event was tweaked form its typical indoor format this year to accommodate a drive-thru pickup. T.I., his wife Tiny Harris and others helped load turkeys into cars at the Jackson Memorial Baptist Church in west Atlanta's Fairburn Heights neighborhood.

Among the others on hand were Atlanta City Councilmember Andrea Boone.

In addition to turkeys, they gave away greens and produce to "pre-selected underserved families and seniors in Atlanta's Westside community."

"Each year, families are pre-identified through a city-wide selection with civic agencies and partners," a release said.