Hussle was shot to death March 31 while standing outside his South Los Angeles clothing store, not far from where he grew up. 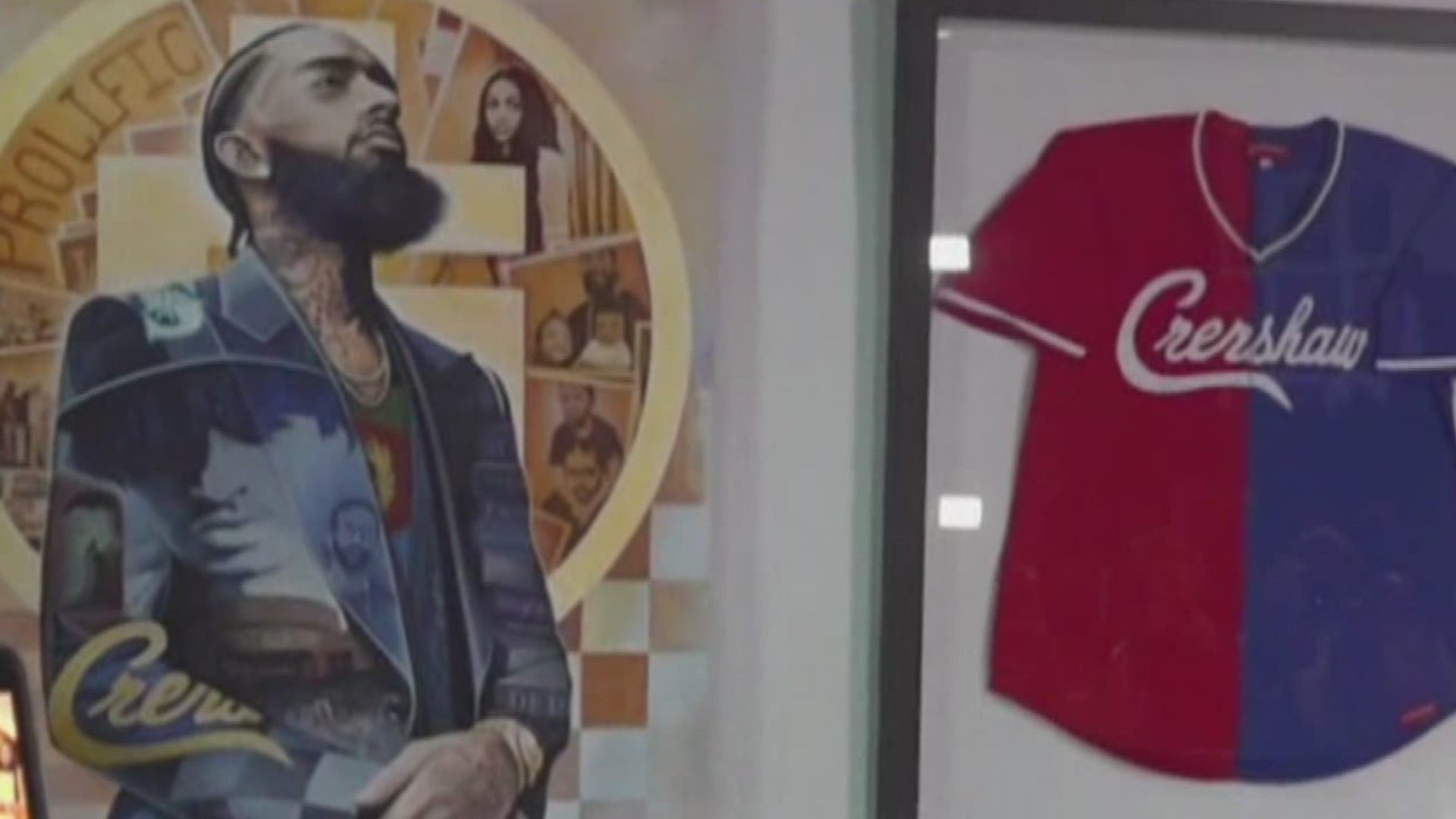 ATLANTA — Some of your favorite Atlanta celebs came together for an unveiling of the Trap Music Museum’s exhibit honoring the late Nipsey Hussel.

T.I. wanted to honor the West Coast rapper in a big way, so he tapped Brian Kirhagis to bring the mural to life!

Hussle was shot to death March 31 while standing outside his South Los Angeles clothing store, not far from where he grew up.

The 33-year-old Grammy-nominated rapper was a father of two and was engaged to actress Lauren London.

A letter from former president Barack Obama extolling the virtues of Nipsey Hussle has been read at the slain rapper's funeral.

The letter from Obama said he had never met the rapper, but had "heard his music through my daughters" and he later learned about Hussle's transformation and efforts to transform his South Los Angeles community.

The singer spoke candidly about the slain rapper and how his death impacted the hip hop community.

“It really brought us together in a way that I feel like we have been separated far too long. His death really brought a lot of people that didn’t know each other together so to honor him is only right,” she said.

The Trap Music Museum and escape room has become one of Atlanta’s most popular tourist attractions with over 6,000 guests each weekend.

The museum is centered around the compelling ‘trap music’ culture and includes one of a kind art installations honoring some of hip-hop’s most iconic and influential trap music stars.

Killer Mike: Buying black does not exclude anyone