TV shows and films currently being made in Atlanta

Jason Bateman and Steve Carell are back in town! 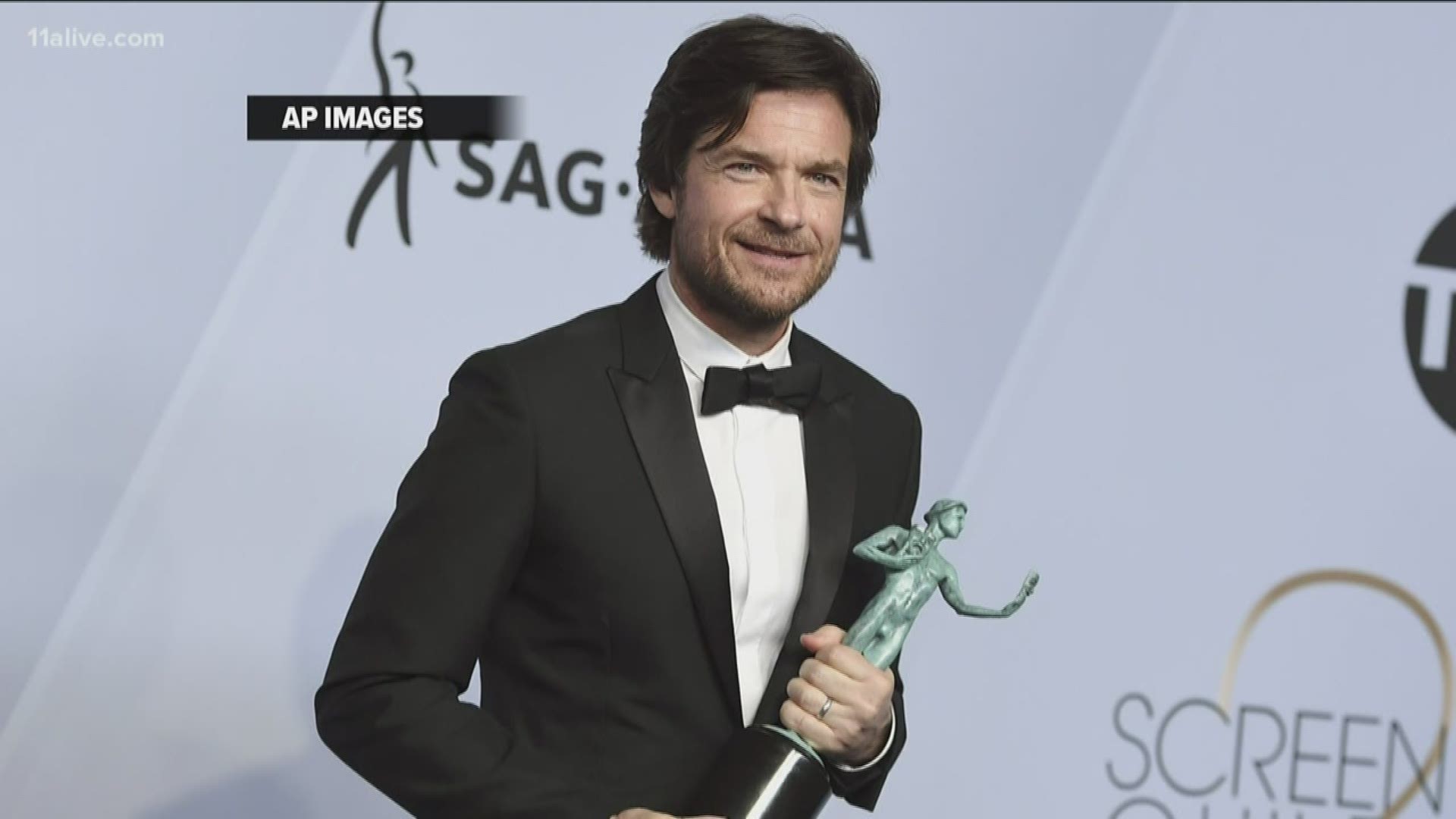 ATLANTA — You see the yellow basecamp signs in your neighborhood, and you’re probably wondering what TV shows or films are happening around the city. Here’s a look!

AMC’s “The Walking Dead,” “Ozark,” “Along Came The Devil,” “Chaos Walking,” Oprah Winfrey Network's “Greenleaf,” Stephen King’s “The Outsider,” “Insatiable”, HBO’s “Watchmen,” and “Irresistible” produced by Steve Carrel are just some of the productions filming throughout parts of Georgia.

If you’re strolling through the city, you may see the basecamp sign “GAME U,” which is the production alias for this show. Production for “Bigger” began in April and will continue until the end of Jun.

The upcoming BET show produced by Will Packer follows Layne Roberts who is already skilled at second-guessing herself, so when her longtime boyfriend Greg proposes to her, it's easy to see why her answer is "maybe".

With Greg out of town for a while, Layne's friends convince her to take some risks - one such risk being Reggie Langford, an irresistible new feature in her already busy life.

Layne and her friends are determined to make the most of themselves, because life in your thirties doesn't have to be boring yet.

If you’re around the city throughout the summer, you may the basecamp sign“KRAZO,” which is the production alias for the Netflix hit show “OZARK”.  Producers are currently filming the third season in several parts of Atlanta.

Rather than the familiar skyscrapers and trading floors, "Ozark" explores capitalism, family dynamics, and survival through the eyes of (anything but) ordinary Americans.

The series is produced by Bateman’s Aggregate Films in association with Media Rights Capital for Netflix and was created by Dubuque and Williams.

The same creators of “Fear Street” are filming the upcoming Starz drama "P-Valley" here as well!

Check out some of the behind the scenes video that we just got from neighborhood news of the strip club drama!

The one hour show centers around a group of strip club dancers working in the Dirty Delta of Mississippi.

Show creators will be donating a portion of the revenue made from the show against the Heartbeat Law as well.

Following the success of the original film, Jason and Heather DeVan kicked off production for the sequel in the metro Atlanta area and Flowery Branch in Hall County.

The film is expected to be released in the fall.

It's been nearly two years since Tom Holland began working on "Chaos Walking," a science fiction film based on Patrick Ness's 2008 novel, "The Knife of Never Letting Go".

Holland shared on his Instagram that reshoots for the movie are currently underway.

Nick Jonas was spotted in for reshoots “Chaos Walking”. He and his wife Priyanka Chopra were spotted in Buckhead.

The A-Scene’s Francesca Amiker did some digging and found out that the couple and Nick’s mom even went to dinner at the upscale bar Beetle Cat, off North Highland Avenue.

"Greenleaf” takes viewers into the unscrupulous world of the Greenleaf family and their sprawling Memphis megachurch, where scandalous secrets and lies are as numerous as the faithful.

The series centers on the journey of estranged daughter and disillusioned preacher Grace Greenleaf (Merle Dandridge, “The Night Shift”) who has returned home after 20 years on the occasion of the mysterious death of her sister, Faith.

As she reenters the world of Calvary Fellowship World Ministries, the Memphis megachurch run by her powerful parents Bishop James Greenleaf (Keith David, “Community”) and Lady Mae Greenleaf (Lynn Whitfield, “The Josephine Baker Story”), it becomes evident that things are not as virtuous as they seem and that the family’s outward display of faith hides sin and misdeeds.

AMC's hit show "The Walking Dead" kicked off filming for its tenth season this week! Norman Reedus, who stars as Daryl Dixon in the show, teased the new filming via Instagram.

"Day 1," he wrote with a snap of set chairs with characters Daryl and Carol.

Based on the comic book series written by Robert Kirkman and published by Image Comics, "The Walking Dead" and "Fear the Walking Dead" reign as the #1 and #4 cable dramas among adults 18-49 in Nielsen live+3 ratings, respectively.

Both series take place in the months and years after a zombie apocalypse and follow different groups of survivors traveling in search of a safe and secure home.

While the photo shared by Reedus has an unidentifiable location. The show films at Tyler Perry Studios and throughout Senoia, Georgia.

Scenes for the Netflix original series "Insatiable" are still being filmed throughout parts of Georgia. Crews named the production sign "2BOB" in relation to the show, which means creepy.

The first season showed that for years, Patty (Debby Ryan) has been bullied, ignored, and underestimated by those around her because of her weight.

But later, she finds herself suddenly thin, and Patty is out for payback against anyone who has ever made her feel bad about herself.

Bob Armstrong (Dallas Roberts), a disgraced attorney whose true passion is coaching beauty pageant contestants, is the only one who sees Patty’s potential and takes her under his wing - first as a legal client, and then as a pageant contestant whom he coaches toward becoming the top pageant queen in the country.

Our A-Scene Insider Jen McElroy shared a production notice from a producer given out to residents this week.

Crews were filming nearby in the Stonecroft Subdivision in Marietta.

While many details about the upcoming feature have not been released, crews are expected to film in the area until May 29.

Steve Carell has been seen out and around several parts of Atlanta while filming his upcoming movie "Irresistible," a political comedy.

According to IMDb, the film tells the story about a Democrat strategist who helps a retired veteran run for a mayor in a small, conservative Midwest town, and stars Carell, Rose Byrne and Mackenzie Davis, among others.

Comedian and former "Daily Show" host Jon Stewart is listed as the director. The movie is slated to be released in 2020.

Live out your kid dreams and douse yourself in Nickelodeon slime at this Buckhead pop-up!

GSU professor on 'Jeopardy!' appearance: 'It was one of the greatest experiences of my life!'