TV shows like the hit Netflix series “Stranger Things,” “Bigger on BET +” and an upcoming series chronicling the life of soul singer Aretha Franklin are filming. 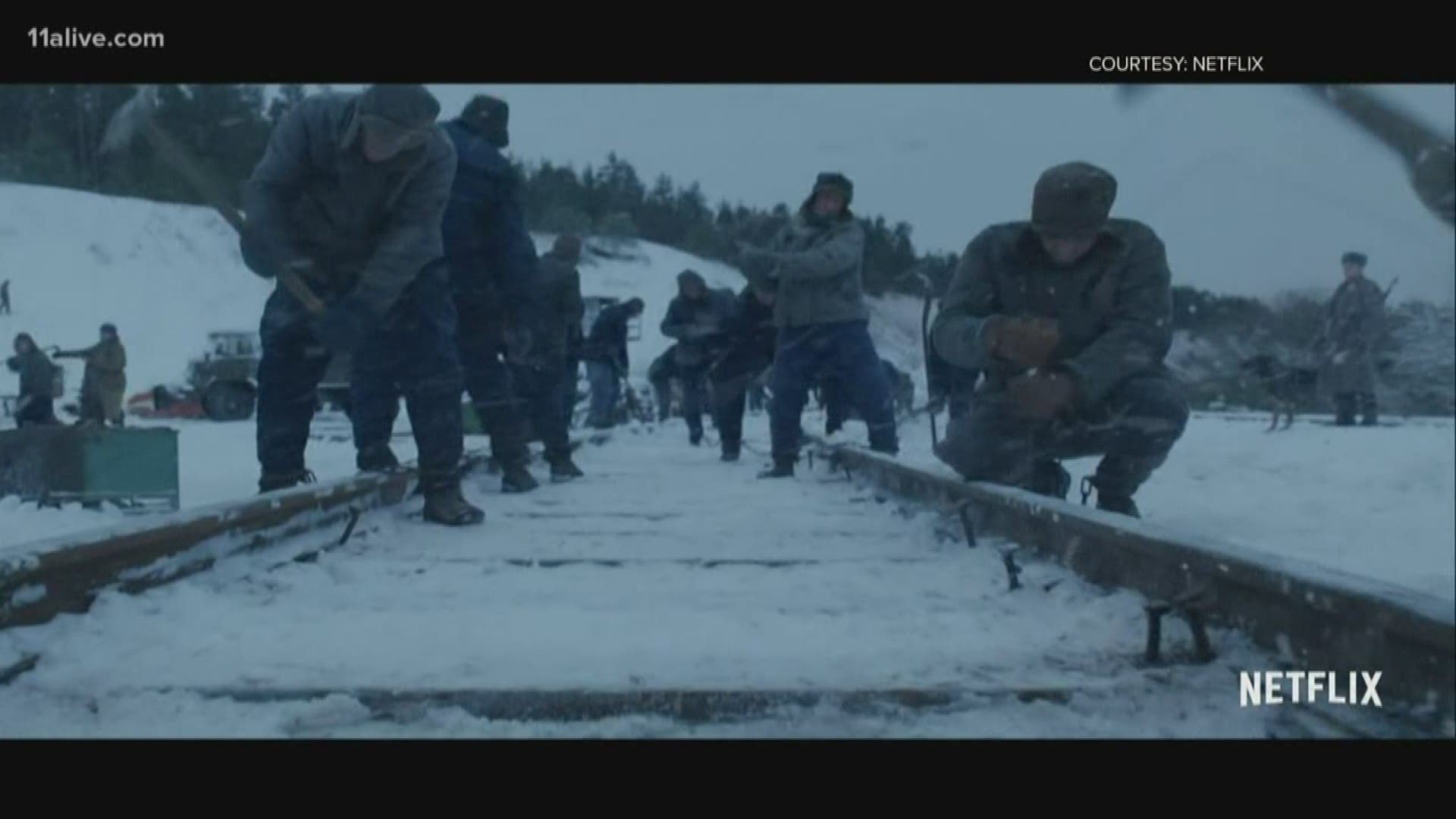 ATLANTA — Several TV and films have returned to Georgia over the past week, and residents are starting to notice productions taking place in their neighborhoods.

Upcoming films like “Samaritan” starring Sylvester Stallone, and “Dear Evan Hansen” are currently being filmed in our state.

TV shows like the hit Netflix series “Stranger Things,” “Bigger on BET +” and an upcoming series chronicling the life of soul singer Aretha Franklin are also being produced in Georgia.

Here’s a look at some of the recent productions taking place over the past week.

STRANGER THINGS
The cast of “Stranger Things” have officially kicked off production in Georgia.

meanwhile in the upside down... pic.twitter.com/BtPlMjy0pS

That wasn't the only storyline spin for the upcoming fourth season. Fans were shocked to see the character Hopper, who was presumed dead during the finale of season 3, appear in a teaser at a Russian training camp.

The show, which has filmed in Georgia for all of its seasons, mainly records at EUE Screen Gems.

If you happen to see the yellow production sign “DOLLYHIDE,” users in the A-Scene Facebook group report its connected to “Stranger Things”.

You may spot Sylvester Stallone back at Busy Bee’s Café in the coming weeks. The star and the rest of the cast and crew of “Samaritan” have resumed production.

Recently, a user in the A-Scene Facebook group reported a production sighting in Norcross.

The upcoming MGM thriller was originally slated to hits theaters in December of 2020, but production was halted as a safety precaution back in March.

Earlier this year, Stallone gave fans the surprise of a lifetime when he spent some days off set at Busy Bee’s Café in downtown Atlanta.

Stallone said he ate and spoke with some “interesting customers who were lot of fun and loved movies. I’ll be back. To quote a friend of mine”.

For fans who don’t get the reference, Stallone was referring to Arnold Schwarzenegger’s iconic role in “The Terminator. "Samaritan" is Stallone's next major motion picture. It’s a thriller about a young boy who is out to discover a mythical superhero after disappearing 20 years earlier, following a tragic event.

The show must go on!”

That’s what creators for the upcoming NatGeo “Genius: Aretha” series are doing. Deadline reported the show resumed production after coming to halt due to the COVID-19 pandemic.

Between December 2019 and March 2020, production for “Genius: Aretha” completed filming a reported five and a half episodes of the previously-scheduled eight episode run.

With production now back in action, there’s an opportunity for fresh new faces to become part of the series. Casting producers are currently filling various roles for the upcoming series.

“Genius: Aretha" will chronicle the life of GRAMMY Award-winning singer Aretha Franklin. The show was originally set for a May 25 release, but has not gotten a new premiere date.

The cast of the BET+ original series “Bigger” is returning to work in Atlanta, and there’s an opportunity for you to become an extra on the show.

Producers at CAB Casting, LLC are currently looking for paid extras to be part of the upcoming second season of the Will Packer-produced show, created by Felischa Marye.

Crews will be filming scenes throughout Atlanta during next week in the areas of West Midtown, Little Five Points, and Gwinnett County. If you think you have what it takes, check out more details here.

Back in February, BET announced the series had been picked up for a second season. Production was scheduled to resume during the spring and summer of this year, but had been halted due to the pandemic.

For a full list of productions currently being made in Georgia, check out the state's official website here.

For more on the latest on entertainment news in Atlanta follow The A-Scene.