Tyler Perry: I write my own stuff

In the video, the actor and director unveiled several projects he's working on for 2020 via Instagram. 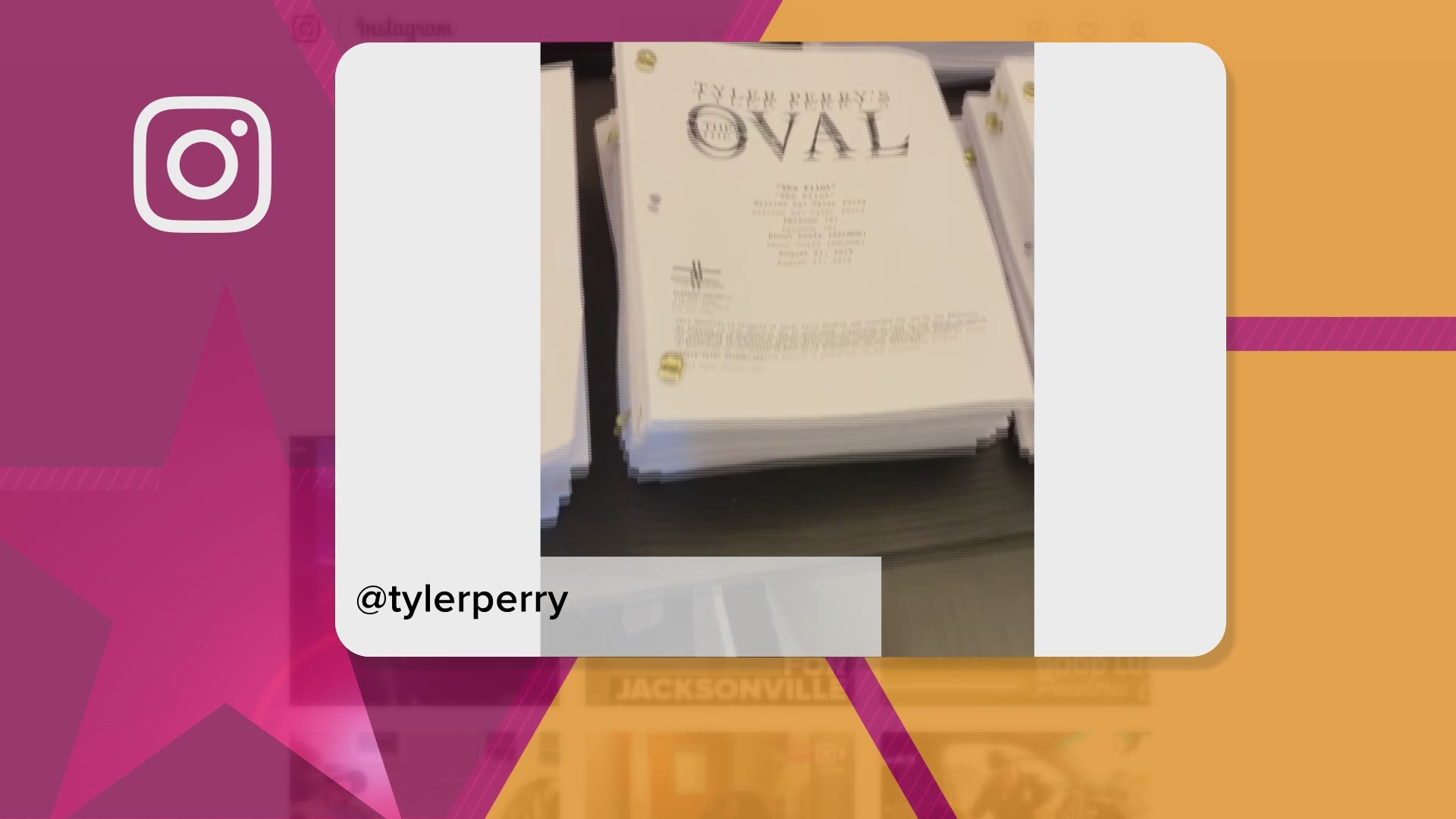 ATLANTA — Tyler Perry is dropping some inspiration as the new year continues.

The Madea star went to Instagram and shared a cell phone video of several shows that he’s written, produced, and directing.

The video comes just a few days after he announced the release of “A Fall From Grace,” starring Crystal Fox, Phylicia Rashad, and Cecily Tyson.

Perry appears in the film, and is also the writer and director on the project.

In the Instagram video, the actor and director unveiled several projects he's working on for 2020.

“So, I don’t know if you know this, but all shows in television have a writer's room. And most of the time, there are ten, twelve people -- whatever -- that write on these television shows,” Perry said, while displaying piles of scripts from shows like “Sistas”, “The Oval,” as well as unreleased projects like “BRUH” and “Ruthless.”

“Well, I have no writer's room. Nobody writes any of my work. I write it all. Why am I telling you this? I wrote all of these scripts by myself in 2019. What’s my point? Work ethic,” Perry said before closing the video.

But it didn’t stop there. Perry also teased the upcoming 7th season premiere for “The Haves & The Have Nots,” premiering Tuesday on the Oprah Winfrey Network.

"Well 2020 is starting off with that fyah! The Haves And The Have Nots returns Tuesday at 9/8c on @OWNTV, and on Wednesday SISTAS AND THE OVAL RETURN on @BET!!!," Perry wrote in his Instagram post.

Last week, we told you about other projects the Madea star is currently working on. Ever since the historic grand opening of his studio, he's been working on two more new shows for BET + and Nickelodeon.