In an essay in People Magazine, the director admits to being exhausted by what he has seen in the U.S. recently, but writes, “we must never give up". 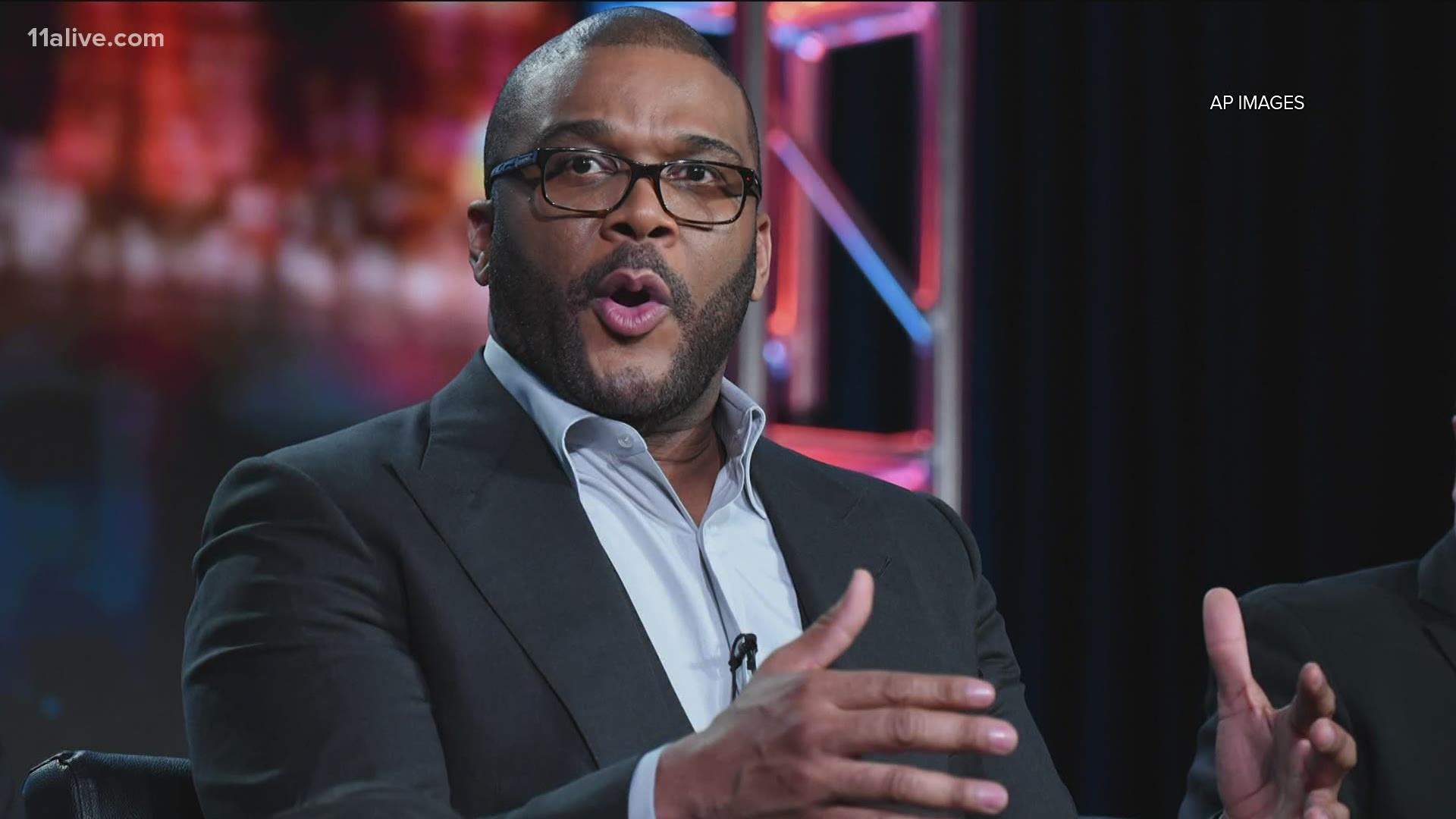 ATLANTA — Media mogul Tyler Perry is speaking out against racism in America following the deaths of Rayshard Brooks, Breonna Taylor, Ahmaud Arbery and several other Black Americans who were killed at the hands of police throughout the country.

Earlier this week, the “Madea” star went to social media to say, “I have been trying to process my feelings about all that’s going on in our country, so I wrote an essay from my heart for @people. On newsstands nationwide on Friday.”

In an essay in People Magazine, the director admits to being exhausted by what he has seen in the U.S. recently, but writes, “we must never give up” in the fight against injustice.

Over the past few weeks, Perry has utilized his resources as Black Americans and supporters come together for equality.

Perry's team confirmed he "covered" the funerals arrangements of Brooks, and on Thursday, his team confirmed he will also pay for the college tuition for his children. Tyler Perry Studios is less than four miles from where Brooks was shot and killed.

It may be several years away, but it is one thing Brooks' children - three girls of his own, ages 8, 2 and 1, and a 13-year-old stepson - will not have to worry about when the time comes. Brooks’ 8-year-old daughter celebrated her birthday on the same day he was killed.

During a press conference Monday afternoon, Brooks' family’s attorney thanked Perry for his generous “step forward” as they look for answers surrounding his death.

"Support like that - people who are actually in the community that love the community that want healing - and families like this should never have to go through something like this. It’s a step forward, and we want to thank him,” the Brooks family attorney Chris Stewart said.

To accompany the cover of People Magazine, Perry also released a video on social media of him reciting his essay on Thursday.

Perry said his frustrations are not just with the racism and police brutality in the news, but also with the vitriol from people online.

He also admits that right now he is trying to figure out when to have the hard conversation about race with his 5-year-old son.

Ways you can celebrate Juneteenth virtually