"So if a picture is worth a thousand words then let them speak for me while I gather my emotions and try to process what happened on Saturday!!" 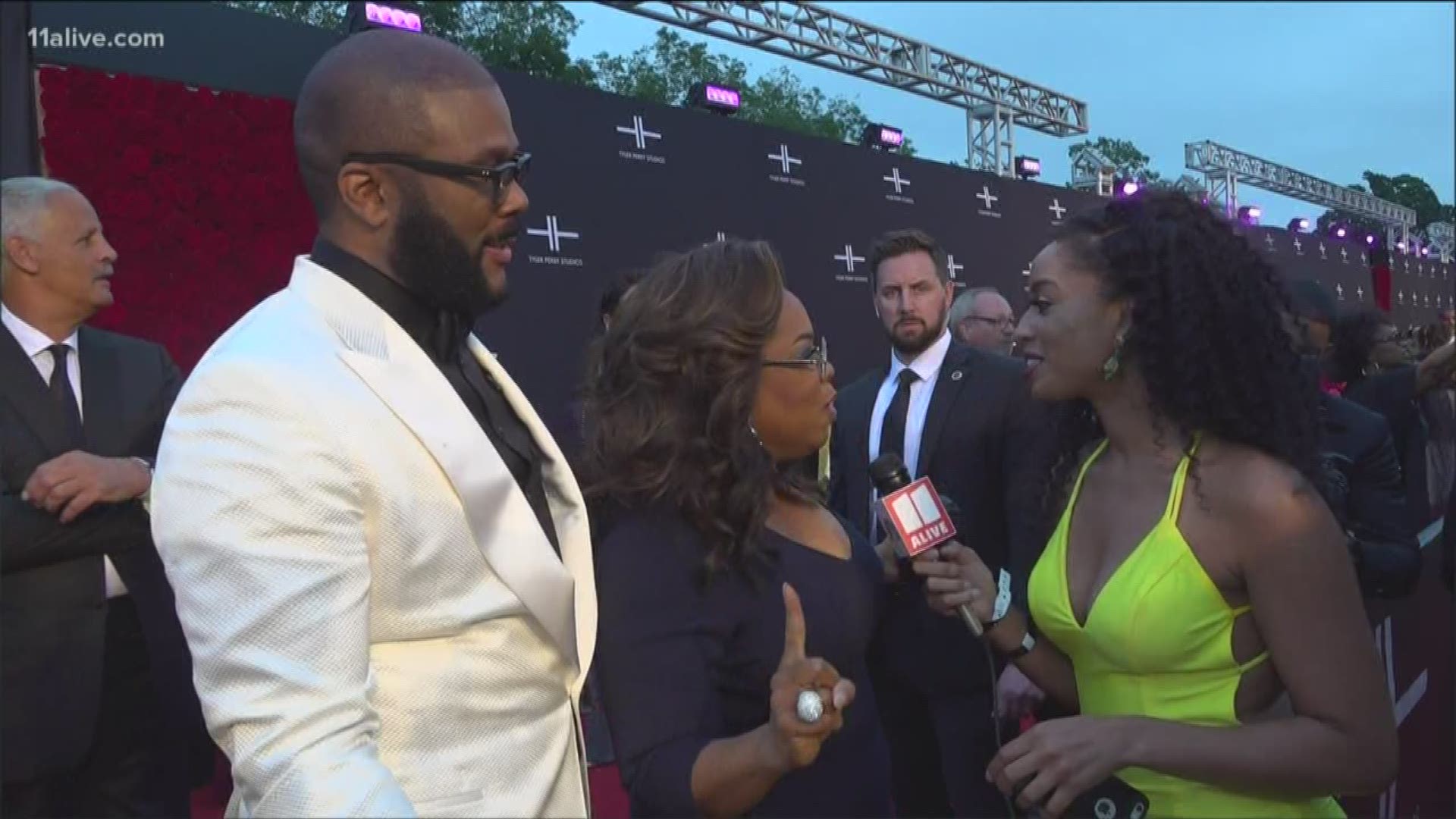 ATLANTA — Tyler Perry's rise to stardom is a story that resonates with many around the world.

Perry is making history as the first African American man to own a major movie studio. The 330-acre lot was once a U.S. Army base known as Fort McPherson.

The weekend grand opening celebration was one that left him speechless.

"I’m a writer with no words for Saturday night," Perry said in a Facebook post on Monday. "So if a picture is worth a thousand words then let them speak for me while I gather my emotions and try to process what happened on Saturday!!"

Surrounding Perry at the star-studded event where some of Hollywood's elite, those he's hired on some of his projects, and others who look up to him as a role model in the acting world and in life.

Jennifer Hudson, Mary J. Blige, Ledisi, and Morgan James took to the stage with surprise performances at the event.

RELATED: Spike Lee on Tyler Perry: 'This is the American dream'

While on the red carpet, Oprah Winfrey praised the media mogul for all of his success.

Tyler Perry Studios is located between downtown Atlanta and Hartsfield-Jackson Atlanta International Airport. The exit, now bearing the production company's name, is on Georgia State Route 166, a mile past the Sylvan Road and Cleveland Avenue exit.