Joy Christina, the owner of Clues and Cocktails, says film crews are leaving the neighborhood trashy. 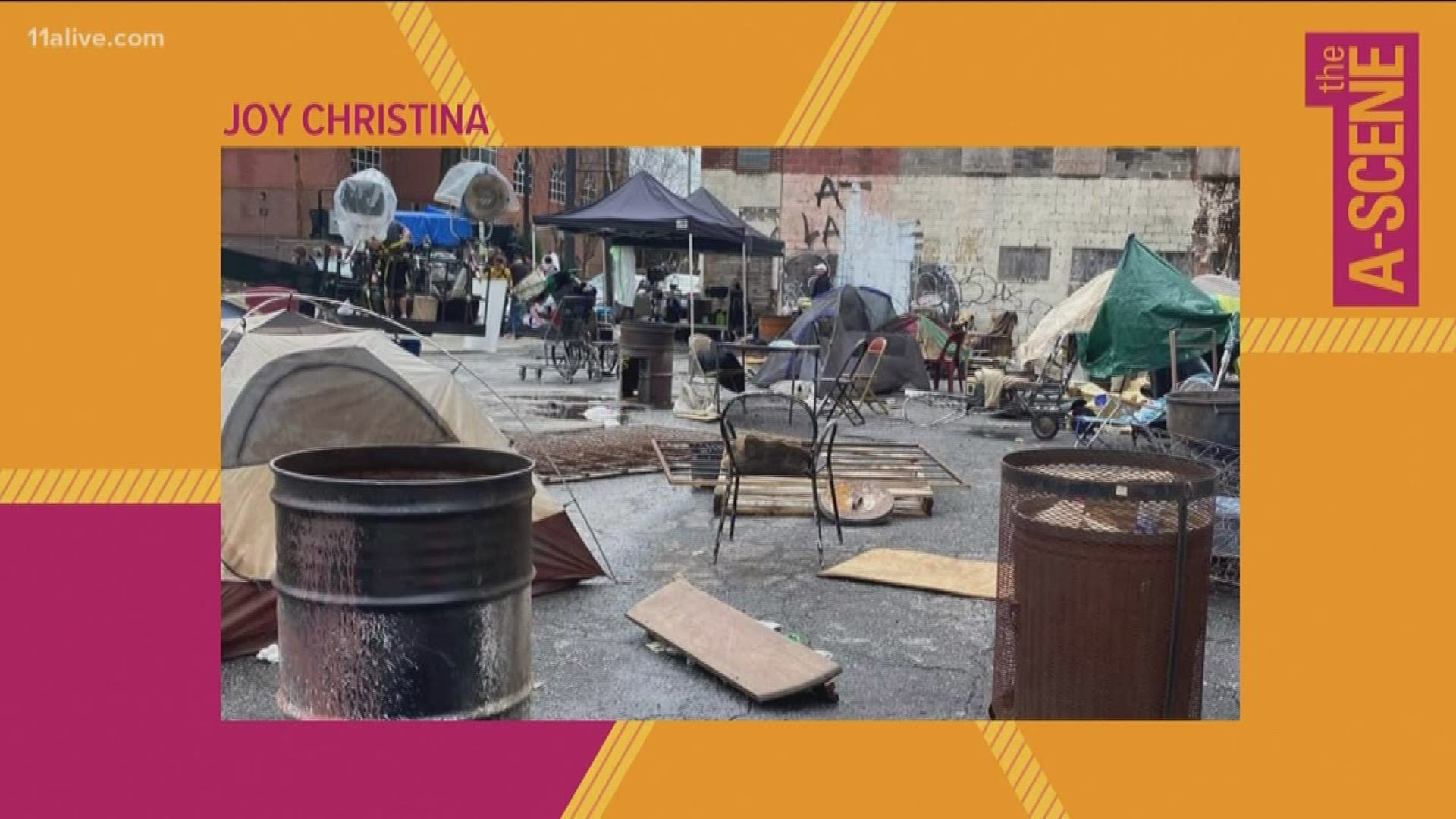 ATLANTA — The booming entertainment industry in Georgia is full of exciting moments.

In the past two days we learned that more than 68 students from Savannah College of Art and Design worked on an upcoming NBC show, “Love Is Blind,” the number one show on Netflix was filmed throughout metro Atlanta, and Usher Raymond, Crystal Fox, and Forest Whitaker hosted a red carpet with Academy Award-winning producers for their latest film “Burden.”

But the glitz and glam of the Hollywood of the South stinks for residents and local businesses in the Sweet Auburn historic district as production on Sylvester Stallone’s upcoming film “Samaritan” required quite the mess.

Joy Christina, the owner of Clues and Cocktails on Auburn Avenue in Atlanta, says film crews are leaving the neighborhood trashy.

She sent videos to 11Alive that were taken on Auburn Avenue between Jesse Hill Jr Drive and Fort Street, as well as on Old Wheat Street off of Hilliard Avenue.

“The film crew has no regard for the neighborhood and do not care that the appearance of their set is impacting the local businesses,” Christina tells 11Alive. “I spoke with two location reps and their attitude was, ‘Well we paid the city for a permit,’ and they expect us to deal with it.”

Christina says she most of her Hillard customers park on Hillard Street, which has been used as a parking lot for film crews.

While Christina embraces Atlanta's film scene, she says the crew working on “Samaritan” is leaving the neighborhood in a bad condition.

“This isn’t new to us. Crews film all the time -- but this crew doesn’t have the same level respect, with parking issues. They have not cared. When I spoke to location reps, 'We got a permit,'" Christina said. "This is where we reside. We don’t want you to think that we don’t care,” Christina said.

Christina says she has reported the destruction to Atlanta City Councilman Amir Farokhi, who represents Atlanta's District 2 and has a message for the filmmakers.

“Since we’re such a vulnerable neighborhood already dealing with homelessness, and graffiti -- help us increase and improve our neighborhood. Leave it better than you came, and continuously grow and improve Atlanta,” Christina said.