He is a stylist to some of the biggest stars in the country ranging from Jermaine Dupri, T.I., Ludacris, Offset, Gucci Mane, Lil Yachty…the list goes on! But now, the ATL resident and stylist is shifting gears after noticing a need in his community. 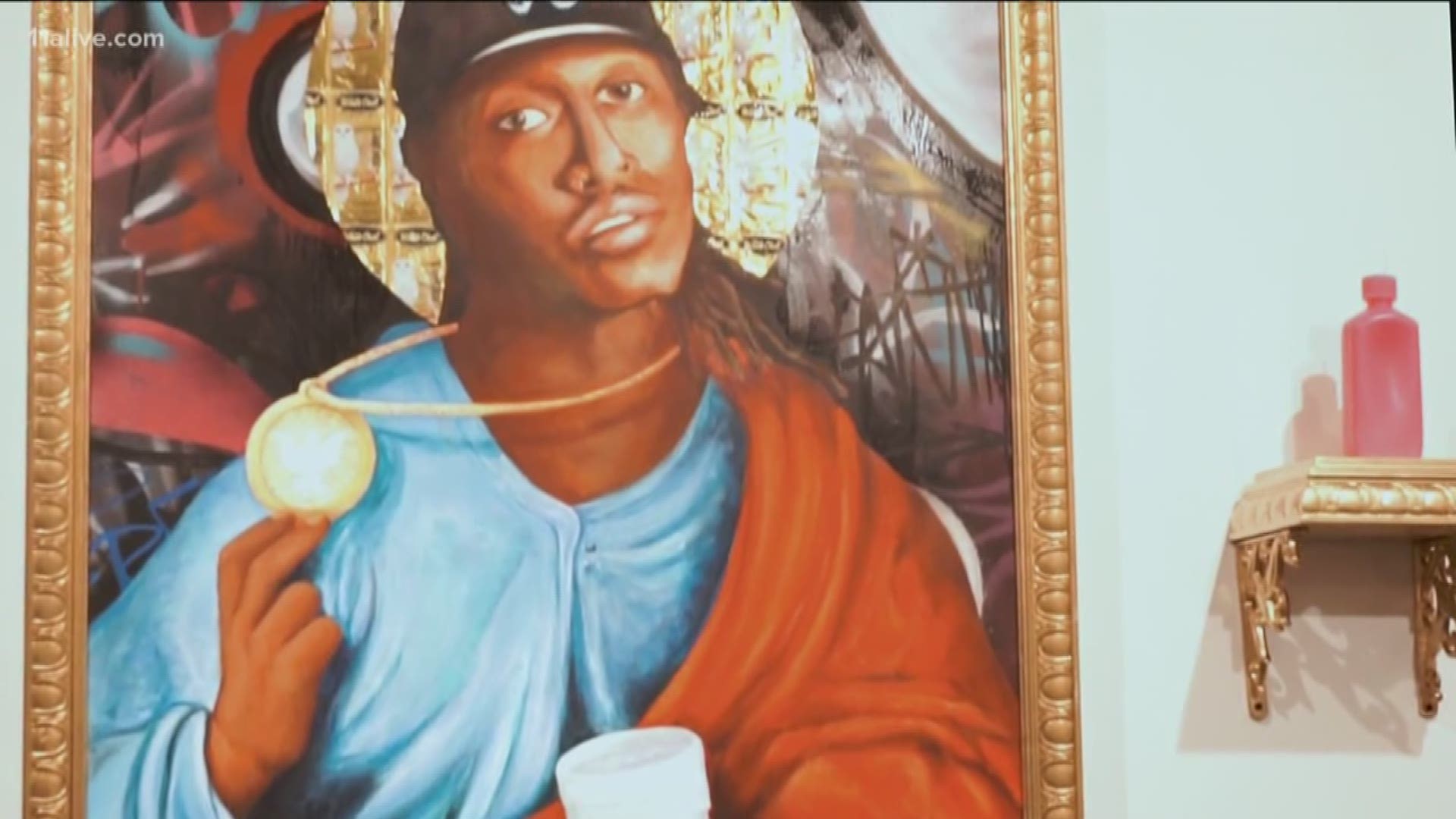 ATLANTA — He is a stylist to some of the biggest stars in the country ranging from Jermaine Dupri, T.I., Ludacris, Offset, Gucci Mane, Lil Yachty…the list goes on! But now, the ATL resident and stylist is shifting gears after noticing a need in his community.

Meet Renaldo Nehemiah, the art curator of the exhibit called “Art of Atlanta” that had everyone talking.

On February 2, Nehemiah partnered with Wish Gallery launched the second installment of the exhbit.

On his opening night, Renaldo had over 800 guests whom included Hip-Hop moguls, Tech Giants, High Museum of Art board members, fashion icons, musical artists, creators and up and coming talent that has been inspired by his 15-year career in Fashion and Creative Direction.

The Art of Atlanta exhibition has had the most traffic that Wish Gallery has seen since their opening in 2017 and is the first show curated by a Black male in Atlanta.

“I was like, if I can put clothes on people in an artistic way. Why can’t I transition that into having people invest and are in a cool fashionable way as well,” Nehemiah tells The A-Scene’s Francesca Amiker.

The curator is bridging so many communities here in Atlanta and really exposing the city’s imprint to the nation. He felt that it was important to do during Super Bowl 2019.

“Because I think Atlanta influences the world. Atlanta influences everything from music, to fashion, to art, they do movies here. So, if we take over art we take over the world as well,” Nehemiah said.  “To give the world the opportunity to see the Great talent that’s in Atlanta through the art community that I feel like the world should see. So, I was like listen, I’m going to make this happen. It was my brain child and I just wanted to showcase Atlantis of the world.”

The A-Scene filmed as Nehemiah received a proclamation from City of Atlanta. Check the video player to watch the moment!

Although “Art Of Atlanta” has closed, Nehemiah says he's just getting started and plans to have even more.