Netflix blinked first and other major Hollywood studios say they may reevaluate filming in Georgia if the state's abortion law goes into effect. 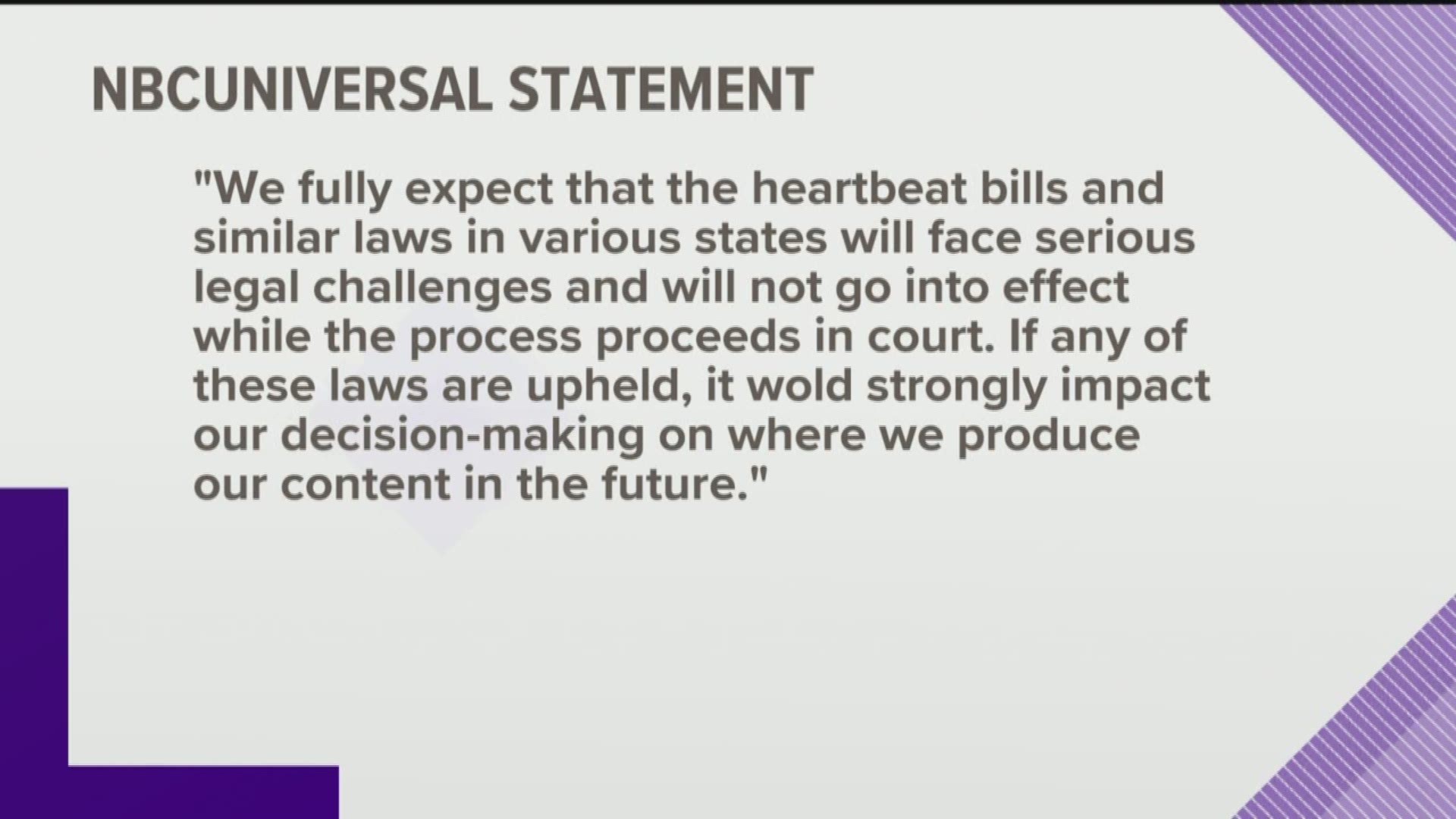 Netflix blinked first and other major Hollywood studios say they may reevaluate filming in Georgia if the state's abortion law goes into effect. The state is known for its lucrative tax incentives for filming.

Now, NBCUniversal is bringing its voice to the surface on the issue in a statement.

“We fully expect that the heartbeat bills and similar laws in various states will face serious legal challenges and will not go into effect while the process proceeds in court," the company said. "If any of these laws are upheld, it would strongly impact our decision-making on where we produce our content.”

WarnerMedia announced the company will reconsider Georgia as home to new productions should the law go into effect.

It echoes a statement Netflix CEO Ted Sarandos made on Tuesday. The streaming service was the first major studio to speak about the law that would ban abortion once a fetal heartbeat is detected.

The Walt Disney Co. also broke its silence on the matter this week. Disney CEO Bob Iger told Reuters Wednesday that it would be difficult to continue filming there if it becomes law.

MORE NEWS FROM THE A-SCENE!