The chick is the first offspring of parents Amana and Anubis and represents a success more than 10 years in the making for this pair. 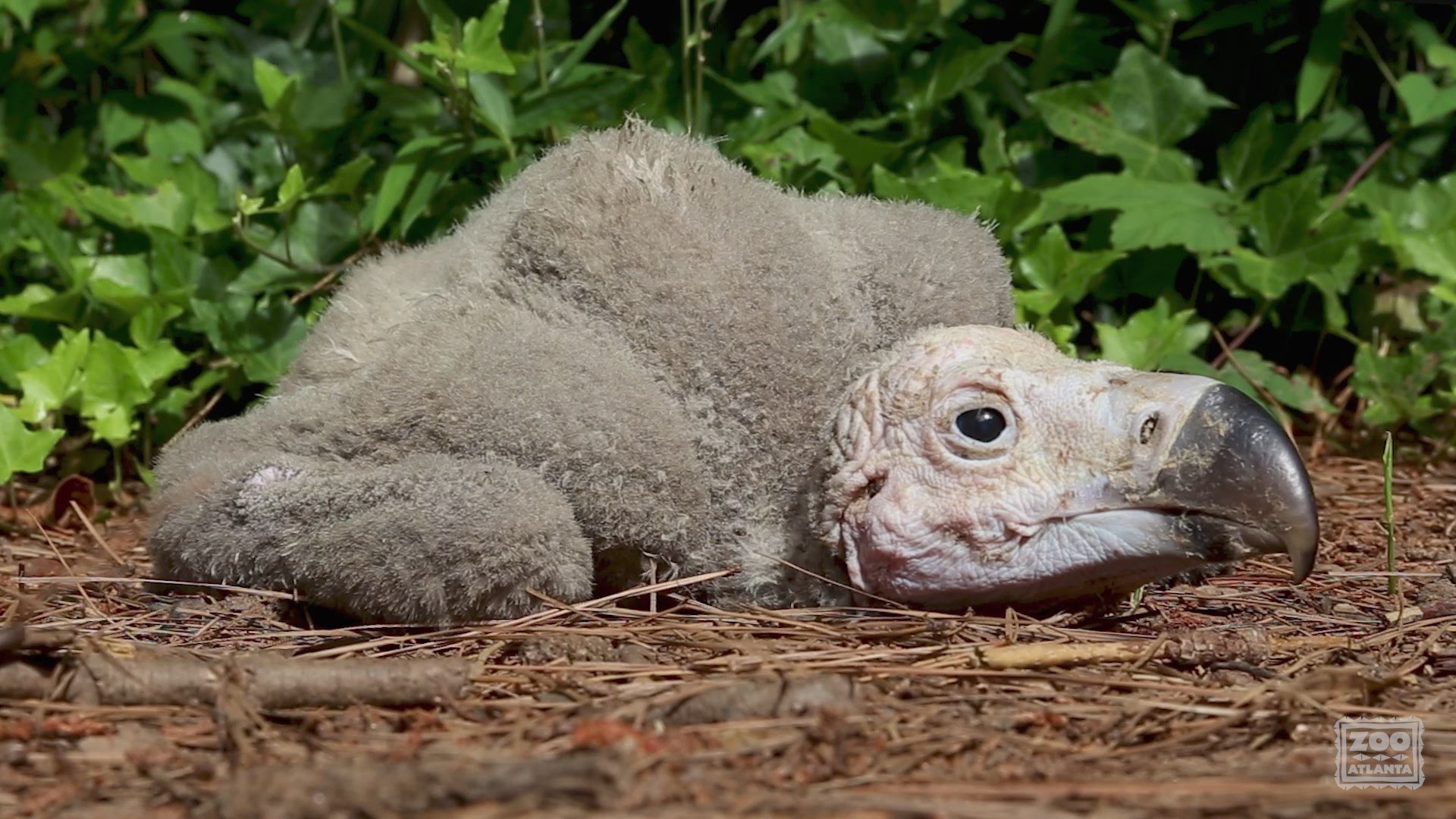 ATLANTA — Zoo Atlanta is celebrating an exciting first in its history: the hatching of an endangered lappet-faced vulture chick.

The chick is the first offspring of parents Amana and Anubis and represents a success more than 10 years in the making for this pair.

Anubis, 16, a classified male has lived at Zoo Atlanta since 2008. In 2010, Anubis was joined by female Amana, now 18 years old, on a breeding recommendation from the Association of Zoos and Aquariums’ (AZA) Lappet-faced Vulture Species Survival Plan.

Prior to this hatching, the pair have had many unsuccessful breeding attempts and over a period of eight years, has produced 12 infertile eggs, making the chick’s arrival an achievement for both its parents and for the team responsible for their care.

“The birth of an endangered species is always an occasion for celebration, but this hatching represents a particular success for Zoo Atlanta,” Jennifer Mickelberg, Ph.D., Vice President of Collections and Conservation said in a statement. “We are always thrilled to see first-time animal parents succeed. This is also a testament to the enormous commitment of our Bird Team, who have worked over a period of many years to provide opportunities and innovations to help this pair flourish.”

Nest-building is vital to maintaining pair bonds between lappet-faced vultures, so it was essential that Amana and Anubis had every opportunity to engage in this activity. The Bird Team constructed a nesting platform within the vultures’ indoor area, where it would be protected from the elements, and provided twigs and sticks on a daily basis for selection by the birds. The vultures added to and completed the nest over a period of around five months, and shortly thereafter, produced two eggs, both of which were infertile; the third and last egg of the season proved fertile.

Because Amana and Anubis were inexperienced parents, the Bird Team removed the egg to an artificial incubator and replaced it on the nest with a “dummy” egg that would allow the vultures to continue to engage in the important behavior of incubation.

Zoo Atlanta reported the chick hatched 54 days later on April 24, and following 10 days of hand-rearing by the team as a precaution, was reintroduced to its parents.

Amana and Anubis continue to provide appropriate care, and the chick is healthy and is gaining weight as expected.

The hatching represents a crucial success for a species in need of conservation action.

Despite the critical roles they play in their ecosystems, African vulture species have declined by more than 80% in just the past three decades.

Although the chick is not yet visible at the Zoo, guests can go behind the scenes for highlights on Zoo Atlanta Facebook and Instagram.