The company said it is moving in a different direction from its Georgia partners. 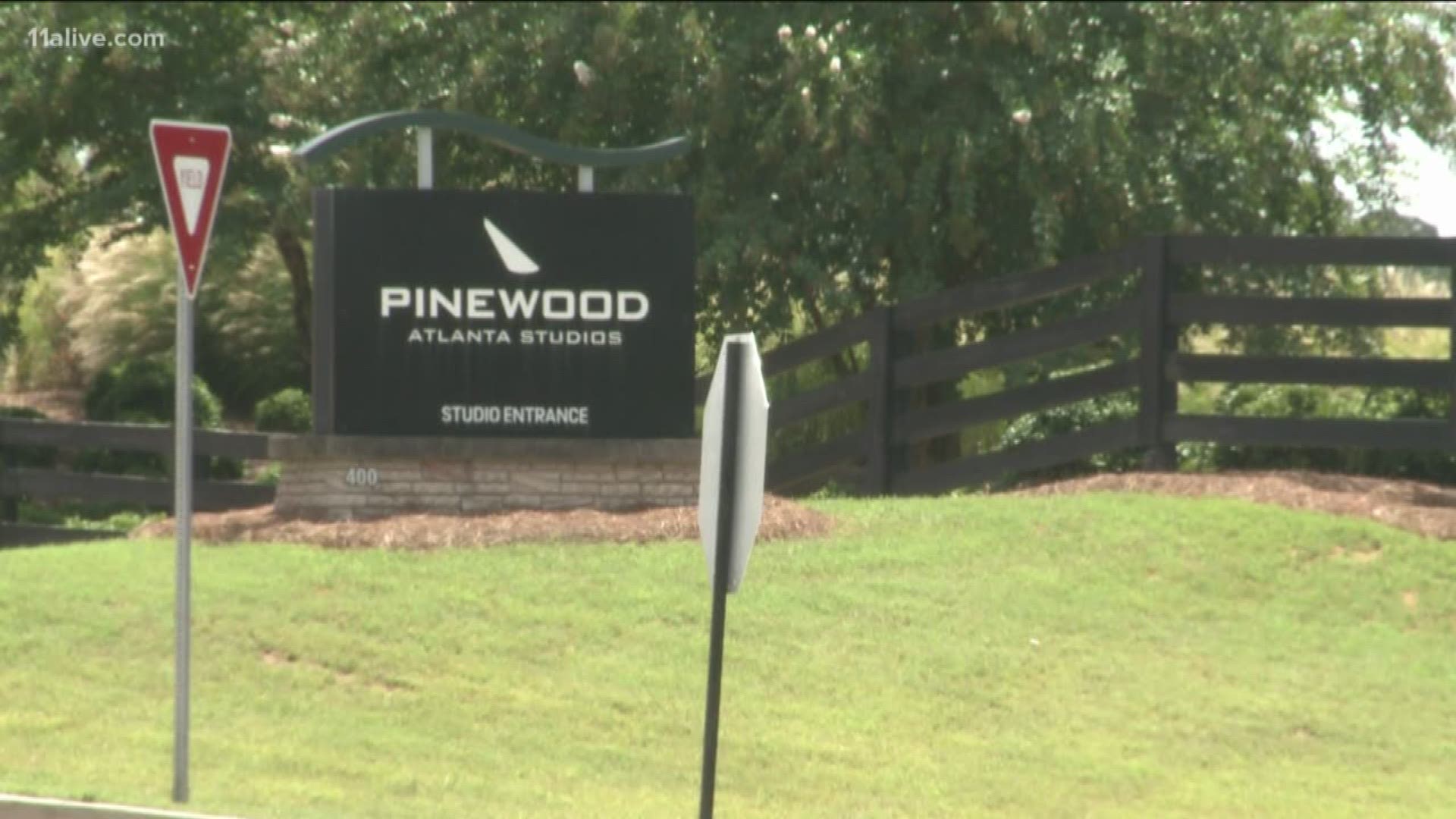 ATLANTA — As the Georgia film industry exploded, Pinewood Studios in Fayette County became the second largest production facility in the U.S - until Wednesday.

The Pinewood Group announced it has sold its share of the Georgia facility.

The two groups involved in this sale said this is a business decision not connected to Georgia’s new stricter "Heartbeat" abortion law, which has led to calls for production companies to boycott our state.

Pinewood Atlanta Studios opened back in 2013 as a joint venture between the UK based Pinewood Group and a Fayette-based corporation, River’s Rock LLC.

River's Rock is a trust managed by the Cathy family which also owns Chick-Fil-A. Now, the Pinewood Group is selling its interest to River Rock.

Since opening in 2013, it has become known for blockbuster films. Specifically, Marvel films including “Black Panther,” two “Ant-Man” films, “Guardians of The Galaxy Vol. 2,” “Captain America: Civil War,” "Spider-Man Homecoming" and the two most recent “Avengers” films have all filmed at Pinewood Atlanta Studios totaling more than $10 billion in box offices sales worldwide.

In 2018, the Georgia Department of Economic Development reported that “Avengers: Infinity War” alone added $182 million to Georgia’s economy with studios worldwide more than half (12) of the Marvel's 22 films have been shot with the Pinewood Group.

But with Pinewood Group leaving Atlanta, what does the studio sale mean for the future of Hollywood films In Georgia?

In a statement released Wednesday, The Pinewood Group said they will continue to provide support for the studios in Atlanta for up to 18 months and, during that time, the studios will keep Pinewood branding.

Frank Patterson, the president of the local studio, also weighed in.

"We've got some exciting investments in the pipeline on the content creation side of the business so this is a truly great time for the industry in Atlanta," he said. "I would like to thank Pinewood Group for all they've done and how they have helped make Atlanta a world leader in film and digital production."

So why is the Pinewood Group leaving Georgia? The company said it's moving in a different direction from its Georgia partners.

The Pinewood Group is focusing on investing in the United Kingdom and other international expansions while the Atlanta studios have become committed to investing in content companies.

The studios will remain open, but the future of Marvel films in Atlanta isn't clear.

11Alive has not received word from the Pinewood Group, but the next Marvel release is slated for 2020 with the film “Black Widow” which tells the story of Scarlett Johansson's character from the comics and “Avengers” films.

Industry publications report “Black Widow” is being filmed in Norway and the U.K.

'Avengers: Endgame' officially dethrones 'Avatar' as the highest-grossing film of all time