Here's a complete look at what productions are currently taking place throughout metro Atlanta! 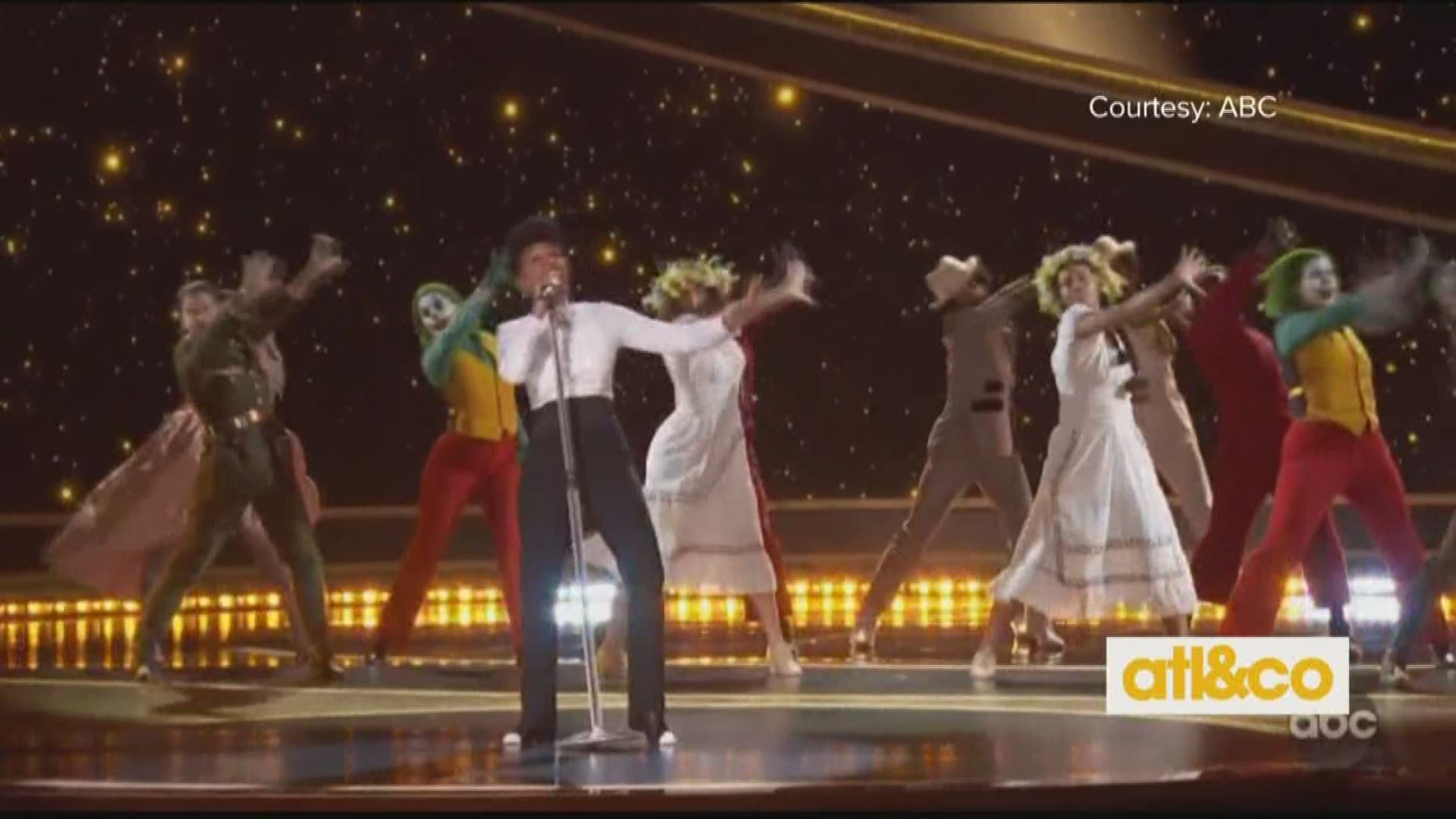 ATLANTA — More than 30 television and film projects are currently active throughout Georgia.

TV projects like the upcoming Barry Jenkins - Prime Video series “The Underground Railroad,” the upcoming Marvel Cinematic Universe - Disney+ show “The Falcon and The Winter Soldier,” the second season of the DC Universe series “Doom Patrol,” and the hit Netflix series “Stranger Things” are all being produced throughout metro Atlanta.

An upcoming biopic on the life of soul singer Aretha Franklin, “Red Notice,” a new Netflix action movie in the works starring Dwayne Johnson, and “Samaritan” an upcoming action drama starring Sylvester Stallone rank as some of the blockbusters in the making in our state.

Here's a look at the action from behind the scenes.

Dorjan Williams, producer for My East Point News, spotted the production at nearby the MARTA station.

Williams grabbed footage of production crews working across from the John D. Milner Athletic Complex location on Randall Street. “PTV” is the working title and basecamp sign for the series inspired by the 1992 film of the same name that starred Eddie Murphy.

Production for the upcoming movie “Willy's Wonderland” has planted itself in a shopping center in East Cobb.

The movie, which stars Nicolas Cage, has transformed an old bowling alley in the Sprayberry Crossing area, and residents are buzzing about getting a glimmer of Hollywood magic.

“It was a dump when it was a bowling alley,” Craig Blafer said.

Last week, Hylton Casting revealed they were looking for a young actress for a specialty extra role for a character, "Young Liv."

Not much has been released about the film, but from what has been explained from the open casting call, “Willy’s Wonderland” has horror movie elements to it.

Credit: Kristi Morrison‎
Kristi Morrison‎ writes, "We just drove by the old bowling alley and this was going on! I googled it and they’re filming a movie starring Nicolas Cage in February!!! Looking for kids as extras!"

Film crews were spotted working near Stone Mountain Park. Josie M. Davis shared pictures of the basecamp sign outside of the park on January 29.

Last week, we reported that a fitting for an upcoming funeral scene was also taking place on January 28.

Some of the cast members include Thuso Mdedu, Chase W. Dillon, and Aaron Pierre, according to Variety.

The outlet reports the show will chronicle one woman’s journey after escaping a Georgia plantation.

Jenkins, director of the award-winning motion pictures "Moonlight" and "If Beale Street Could Talk," has been tapped to direct all 11 episodes of the upcoming one-hour series.

While Jenkins directed a single episode of Netflix's "Dear White People" in 2017, this is his first full-scale television project.

If you happen to see the sign “Karate Dolphin” in your area, it’s for the upcoming Netflix original action drama “Red Notice” starring Dwayne Johnson.

Johnson shared the excited of the first day of filming on Instagram. The star shouted out his castmates Gal Gadot and Ryan Reynolds.

Johnson, who is no stranger to overseeing and starring in productions in Georgia, is a producer under his Seven Buck Productions company.

Production on the highly anticipated upcoming fourth season of “Stranger Things” is officially taking off in Georgia!

We are learning that Casting Taylor Made is beginning to look for background actors to be featured in scenes of the 1980s-inspired sci-fi thriller.

Actors who want to be featured as extras in upcoming scenes are encouraged to apply once.

There is no word on when actual filming for Strangers Things will begin.

Last year, we spoke with Taylor about what it takes to bring some of the supersonic looks together.

RELATED: What every aspiring actor needs to know about casting

Check out our video above for tips on how to successfully book an extra role.