More than 30 film and television productions are taking place in Georgia this month! 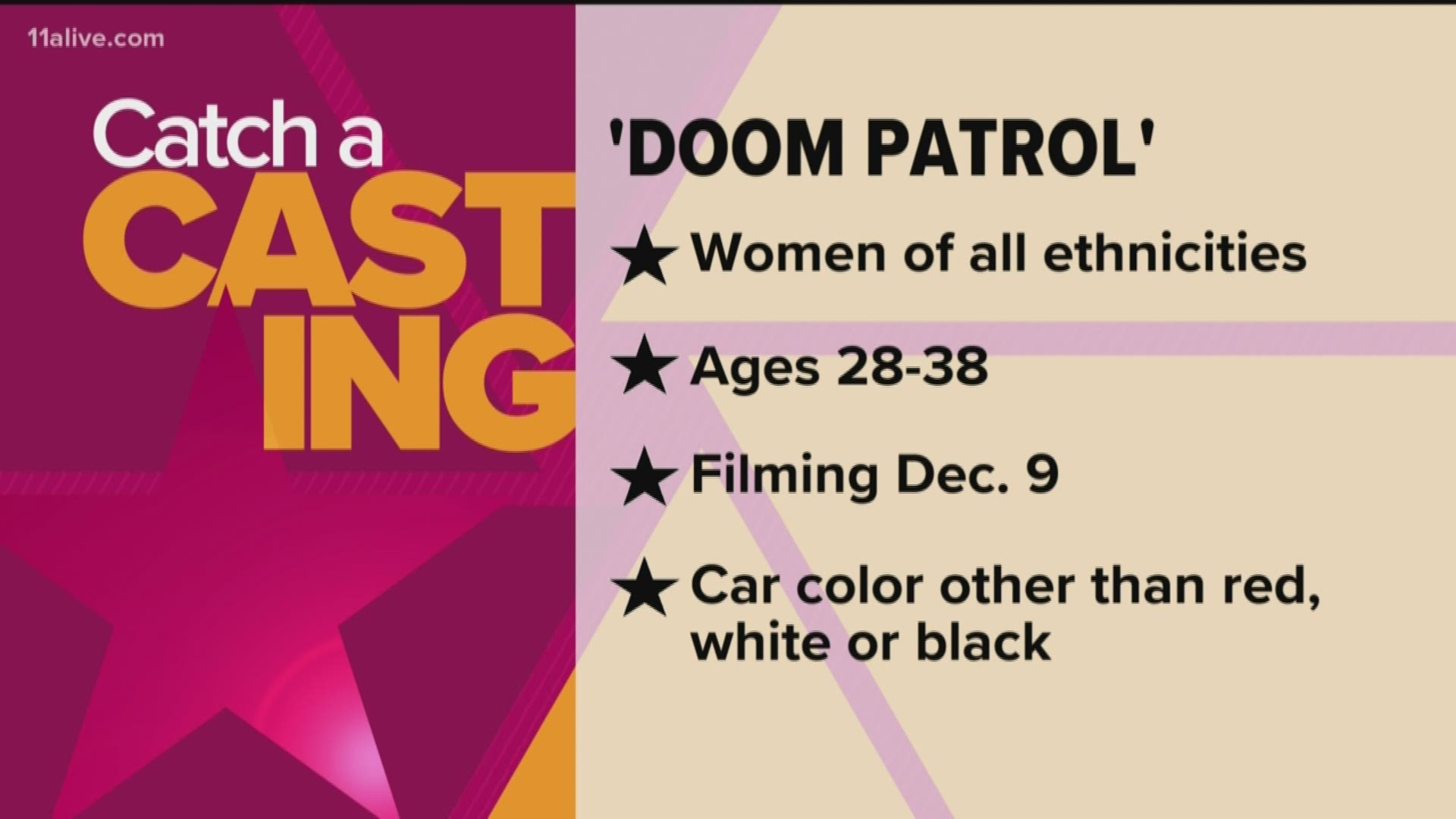 ATLANTA — With more than 30 film and television productions taking place in Georgia in December, there are several scenes that are being filmed around metro Atlanta.

Here’s a look at some of the productions we caught in action.

The fourth season of the hit Netflix original series is currently in pre-production, so the cast and crew that work on it have not officially began working just yet.

However, the show’s creators, the Duffer Brothers, and the writers who work on the series, shared the title of the first episode in the upcoming fourth season “Chapter One : The Hellfire Club”.

Several fans and residents have speculated that they have spotted the stars in action, but it’s simply isn’t true. The location used for the Hawkins Lab is also utilized for other filming locations. Check out our feature here.

The show kicked off production earlier this summer and continues work on its third season. In November, we told you about a casting call for an upcoming funeral scene.

"Black Lightning" is based on the DC Comics story by the same name about a man who dressed as a superhero and acted as a vigilante in his younger days, but left it all behind him to become a family man and a school administrator.

Recently, the production was filming scenes at Paper Mill and Johnson Ferry roads near the Lutheran Church of the Resurrection.

Credit: 11Alive
Crews were filming Black Lightning at Paper Mill and Johnson Ferry Rd. nearby Lutheran Church of the Resurrection.

Production signs with “GRANT” have been used for “Doom Patrol,’ for the previous season and the current season.

The show follows a group of outcast superheroes and an idealistic mad scientist as they investigate and protect Earth from strange phenomena. Producers are still casting actor roles for the next season of DC Comics' “Doom Patrol”.

This is for season 2 and filming goes down on Monday, Dec. 9 in Conyers. It’s all for a baby shower scene.

Actors who appear in the show must be booked with their car. Only submit if a car is available.

If you think you’ve got what it takes, send your resume and photos to TDP2.BGCasting@gmail.com with the subject line: BESTIE 12/9

Production for the Chris McKay-directed film in Atlanta began in early September under the basecamp sign “Boneyard.” Some of the filming locations around town include Midtown and Mercedes-Benz Stadium. Some scenes for the upcoming movie are being filmed at Blackhall Studios in DeKalb County.

Pratt, who has spent several weeks in Atlanta working on the movie, is also an executive producer.

He is offering fans the opportunity of a lifetime with a set visit. Here’s details on how you can get involved.

The legacy of Aretha Franklin is getting time on the small screen. A TV series for Nat Geo is also centering a story on the star.

Deadline reports the third season of their series will be called “Genius: Aretha” and, yes, they are casting.

If you see the production sign "AF" in your neighborhood, let us know! A-Scene Insider Zonka Lamar spotted signs in East Point.

Hudson revealed that the movie is currently being filmed at Tyler Perry Studios.

“Respect” will feature the untold story of the soul star’s rise to stardom.

So far, it appears that the basecamp sign used as the working title for this movie is “QOS,” which is an abbreviation of the singer’s title “Queen of Soul."