ATLANTA — Will Smith loves sharing candid moments from behind the scenes on his YouTube channel.

The “Bad Boys For Life” star shared some exclusive footage of when he was filming scenes in Atlanta last winter.

“We’re going to do seventeen days worth of work in six days,” Smith said before going into a montage of action packed stunts.

During the video, Smith said he felt the scenes didn’t get the proper time so he and the directors requested more money from Sony Pictures to pick up more scenes at a later date.

“I’m feeling like we’re $5 million short on the budget for the final sequence, but I feel like everyone prefers to get jammed, and then get paid three times more to get out of the jam, rather than pre-plan to save money,” Smith said.

The blockbuster scene featured in explosions, helicopters and sports cars for stunts.

At 4:09 in the video, a crowd of fans in Atlanta were lined up to watch the magic unfold during a motorcycle chase scene at Ted Turner Boulevard.

Another visible location is the 17th Street Bridge nearby Atlantic Station, where crews shut down streets at the time of production.

The A-Scene was there during the first day of production as Lawrence and Smith filmed scenes near the Waldorf-Astoria on Peachtree Road, where crews blocked off the sidewalk. 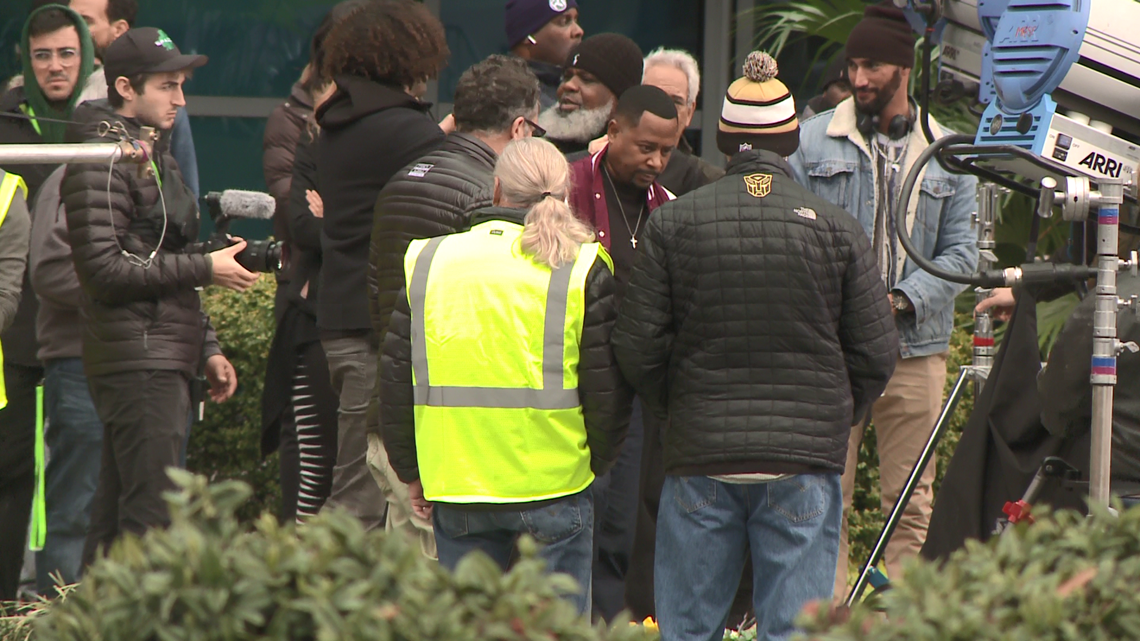 Associated Press reports "Bad Boys for Life" exceeded expectations, coming away with a dominating No. 1 showing at the box office.

The Sony Pictures film starring Will Smith and Martin Lawrence brought in $59 million in the U.S. and Canada entering the Martin Luther King Jr. holiday weekend.