With a new location and more students pitching in, their business is expanding as the money rolls in. 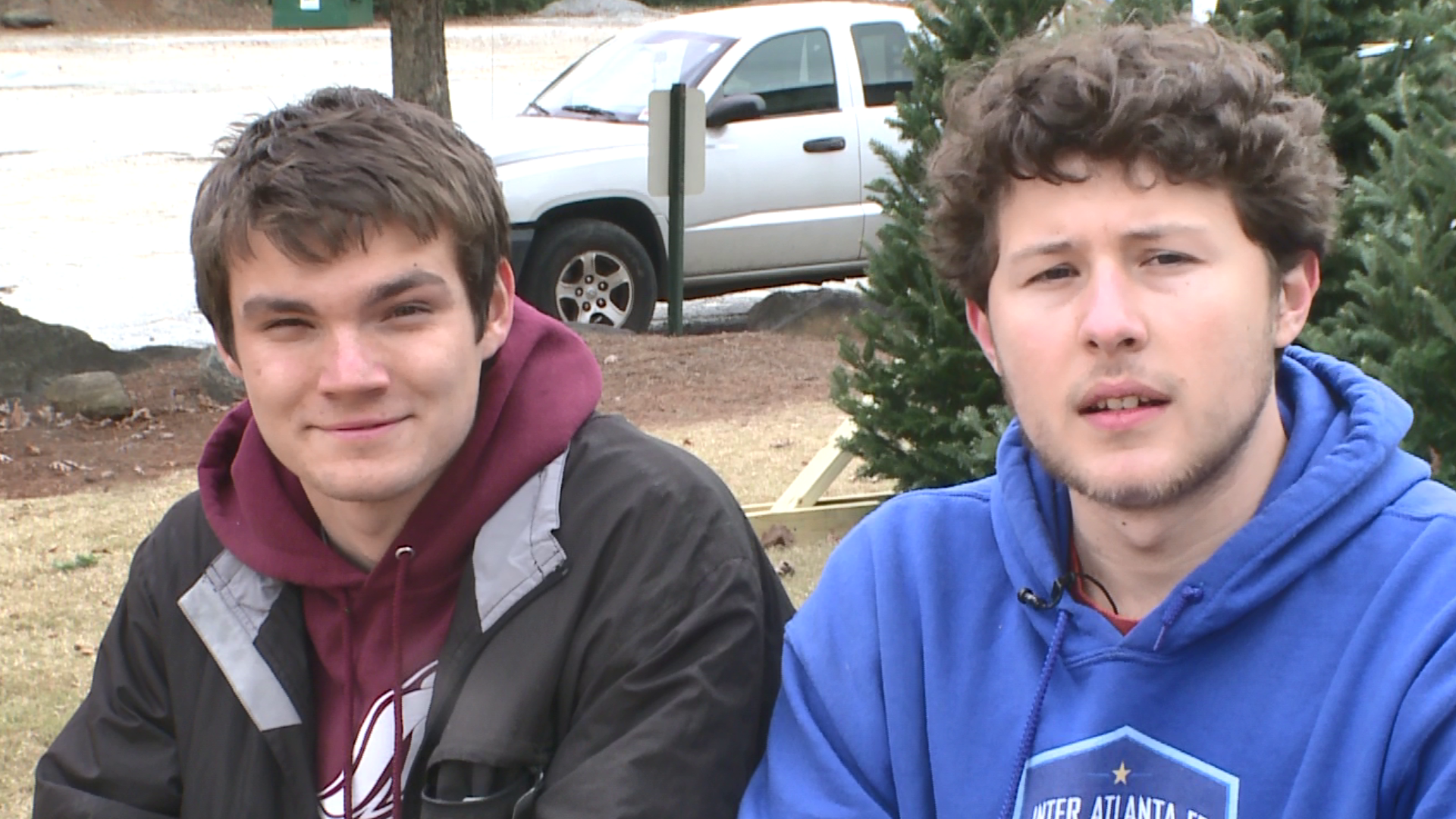 ATLANTA — Two University of Georgia students are not only feeling the Christmas spirit but an entrepreneurial one as well.

The college sophomores are in Atlanta selling Christmas trees to pay for school. So, it makes perfect sense that they've named the business "Trees for Tuition."

This is the third year that 20-year-old Calder Johnson and 19-year-old Jack Faught decided to sell trees. And they've expanded their operation to include more students.

It's also the first year that the two were finally able to get a lot to call their own.

"We struck a good deal with Inter-Atlanta here," Faught said. "We both used to play here so we know all of the coaches and stuff."

For the last 2 years, the sophomores had to set up shop at Johnson's house.

"We just had all of the trees in my backyard," Johnson said.

Now, an area beside the Arizona Soccer Fields in Atlanta is home to "Trees for Tuition."

1 / 17
WXIA-TV
With a new location and more students pitching in, their business is expanding as the money rolls in.

Johnson looked back at how the entire idea came together.

"So, we had the idea to start delivering trees as a way to make some extra money to help pay for our tuition," he said. "We did that the first year and sold around 30 trees and then the second year we did the same thing and we did a little more promotion and we sold 60."

In 2017, the duo raked in $2,000 a piece. This year, with more trees in stock, they hope to bring in more money. But, why are two college students selling Christmas trees in the first place?

"We both used to work on someone else's tree lot and we would make a bunch of money on tips and everything," Faught said. "We realized that they get the trees so cheap and then Calder drove up to the farmers' market and found a great connection for us. So, we figured out that we could get them wholesale and we already know how to do everything ourselves."

They've brought in trees from North Carolina and as far out as Oregon. And, with the two going back and forth to Athens to finish up final exams, this year, they're bringing in other students who are also looking to pay for tuition.

"We've hired all of our friends helping them out, too," Faught said.

They will be selling the trees every day until Christmas Eve.