'I see myself in the patients': Atlanta man survives car crash and becomes doctor

Gabriel Rodriguez was in a coma after a car crash. Now, he's helping other patients recover. 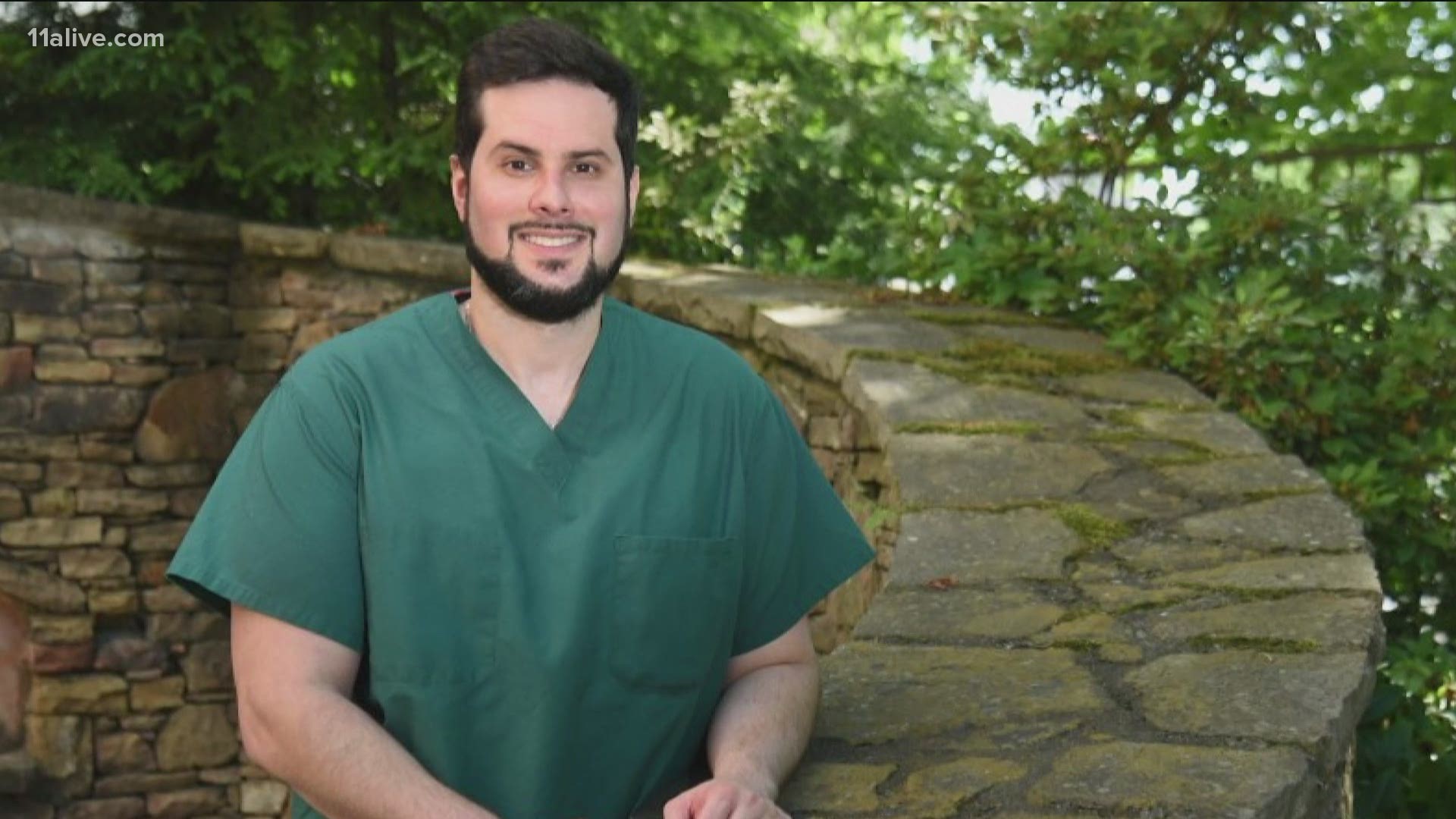 The Puerto Rican native was about to head off to college at Georgia State University. But, his plans quickly changed after he got seriously hurt in a car crash on his way to work in Atlanta.

He spent months in a coma at Grady Hospital. His doctors told his mom they weren't sure if he would wake up.

After three-and-a-half months of worry and waiting, Rodriguez woke up at Shepherd Center in Atlanta. The days that followed were filled with therapies, medicines and treatments.

He needed to relearn how to walk and talk again. He also dealt with collapsed lungs, respiratory failure, MRSA, and C. diff.

"I was not motivated in the beginning," he said. "I just cried a lot."

Then, he joined Shepherd Pathways for brain injury therapy.

"I had a lot of things not on my side," he said. "But, I was young, motivated and resilient."

After months of recovery, Rodriguez made it off to school. He graduated from Georgia State University and Morehouse School of Medicine. He's currently a doctor and in the final stages of his residency in Miami.

Before he graduates, he made a stop back to Shepherd Center. This time, he is on the other side of the bed - working with patients in the Brain Injury Rehabilitation Program.

"I see myself in a lot of the patients," he said. "I try to treat them with the respect they deserve, but also treat them as if I am treating myself."

Rodriguez said he hopes he can inspire patients who are battling similar injuries.

"You don't know what you can achieve until you try," he said. "Stay positive and let that guide you through the bad circumstances."

He said he will graduate in one more year and will be certified in Physical Medicine and Rehabilitation.