Emani Stanton and Jayla Jackson are the first female duo to win the title. 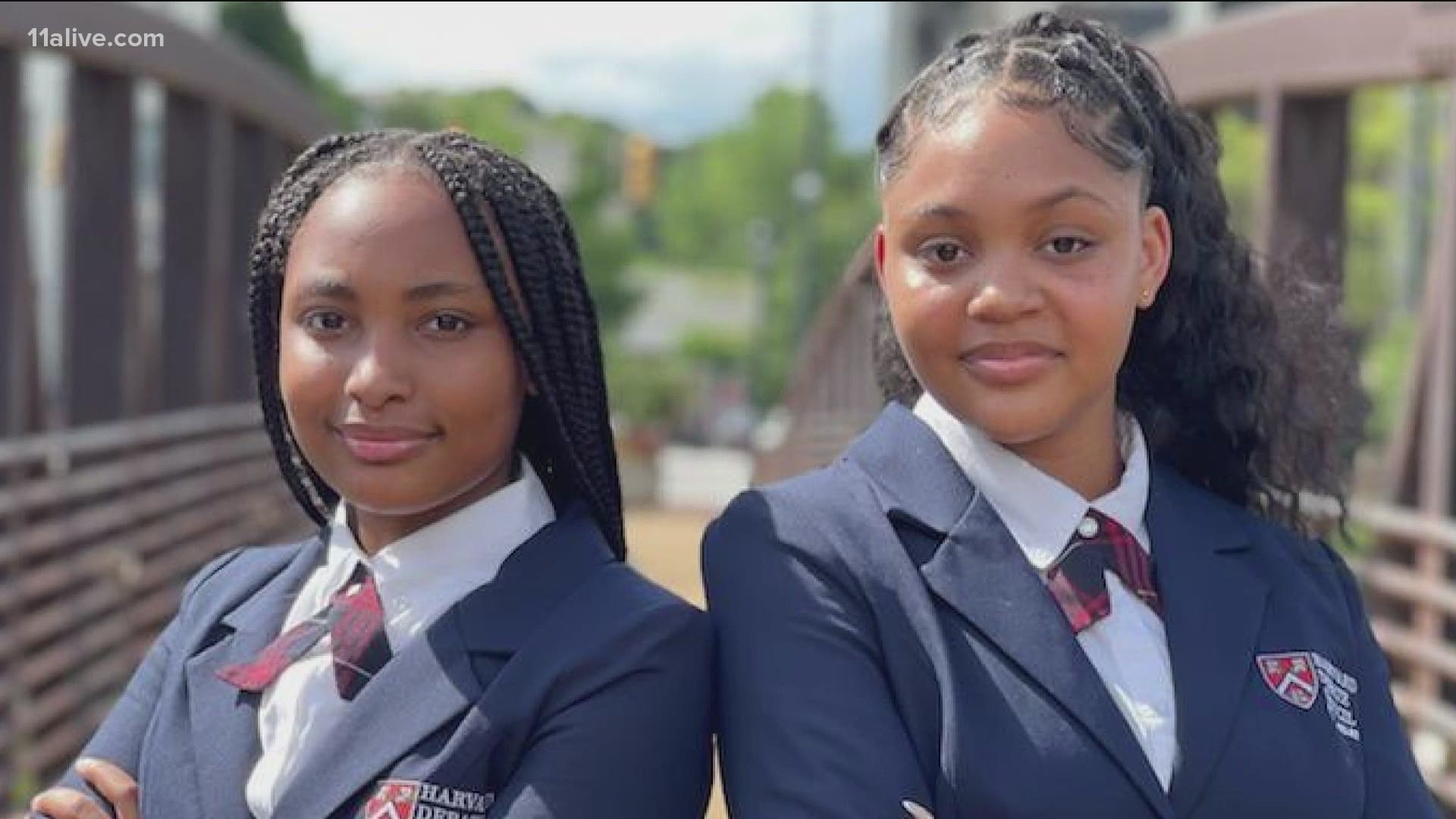 ATLANTA — Jayla Jackson knew in the fifth grade debate was her calling.

'I would stand up and argue my point," said Jackson, a current student at Holy Innocents' Episcopal School. "From there, it was clear I would have a future in debate."

Fast forward a few years, and Jayla Jackson is making history on the international debate stage. She and her partner, Emani Stanton, teamed up at an annual summer debate competition at Harvard University. The undefeated pair won all 10 rounds becoming the first ever female duo of color to win the top title.

"It is still mind blowing for us," Jackson said. "We went in there, and we did it."

The Atlanta students said they hope this historic win opens the door for more young women of color to achieve their goals.

"When there's a space that allows for our culture and our scholarships to collide, we can dominate any academic space," Stanton said.

The girls met through the Harvard Diversity Project, an Atlanta-based program that recruits and trains black youth for Harvard's debate competitions. The girls spent one year in a debate training and three weeks learning formal debate skills.

Stanton and Jackson said they partnered up just one week before the big competition, which was virtual this year because of the pandemic.

"Once we started sharpening our skills, it became a game of chess finding a partner that complements you," Jackson said.

Stanton said they balance each other out. Stanton is more analytical while Jackson is more creative.

They even helped each other out when the stakes got high.

"Every time we would win a round, the pressure just got more and more," said Stanton, a current student at North Atlanta High School. "Jayla would pray for us and her faith got me through it."

The two formed a solid partnership that turned into a friendship. Jackson said Stanton's resilience inspires her to reach higher.

"Emani is a go-getter," she said. "I know I have a lifelong friend in her and we have an experience like this now that gels our bond together."