From creating recipes to a passion for marine biology, the patients at Children's Healthcare of Atlanta explore their dream jobs 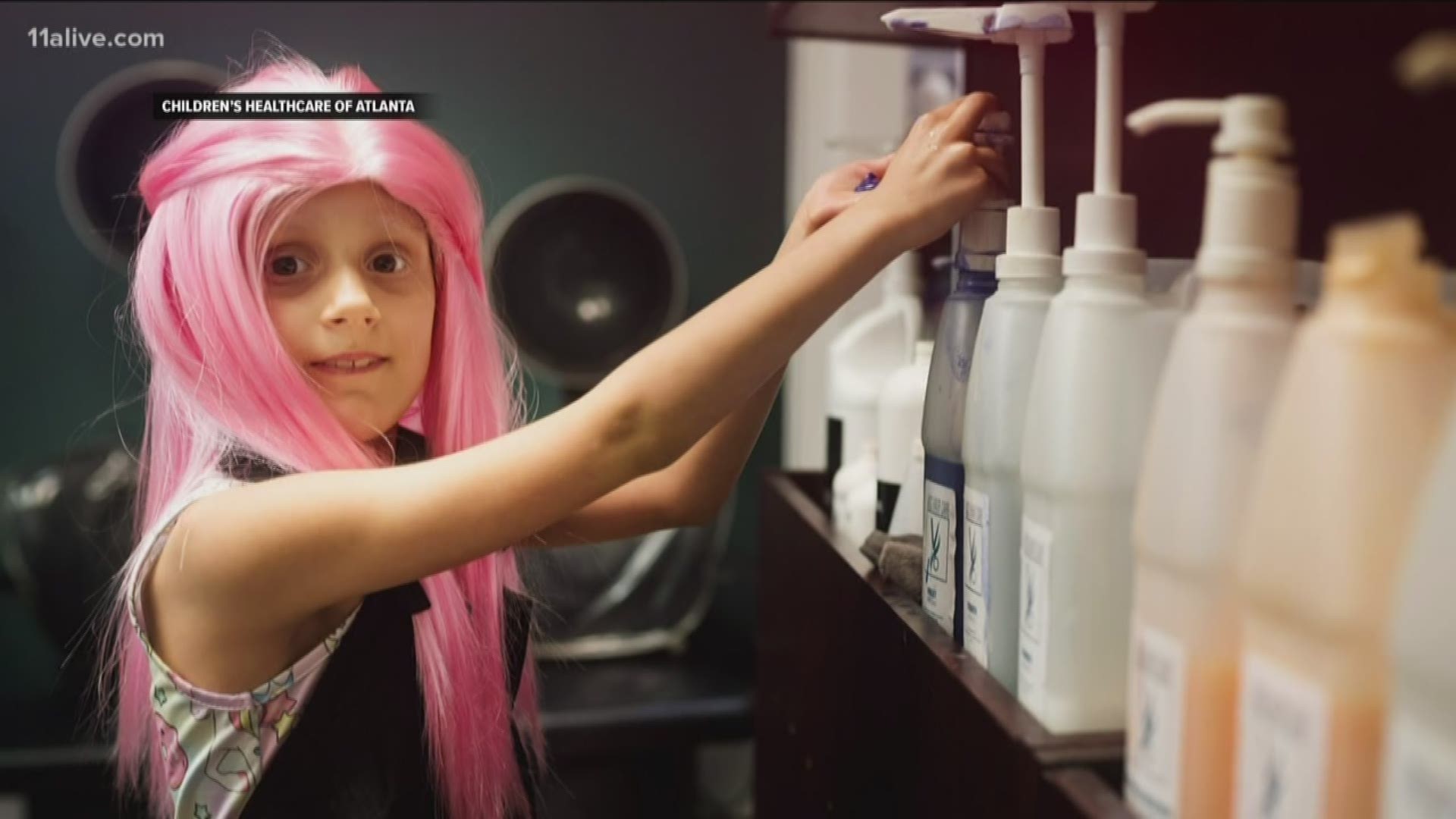 ATLANTA — It’s a question that’s a right of passage for childhood – what do you want to be when you grow up? For patients at Children’s Healthcare of Atlanta, the question sometimes comes with extra hurdles, such as extensive hospital stays and or medical treatments.

But the staff at Children’s Healthcare of Atlanta transformed patients’ dreams into reality. In conjunction with Childhood Cancer Awareness Month and Sickle Cell Awareness Month, patients at the Aflac Cancer and Blood Disorders Center of Children’s Healthcare of Atlanta shared what they wanted to be when they grew up and then enjoyed a custom photo shoot. From the kitchen to the lab, these kids embody the joy of their chosen profession.

When I Grow Up: Children's patients experience job of their dreams

“Chef” Ariana was born with sickle cell disease and began treatment at Children’s Healthcare of Atlanta almost immediately. Amidst her treatment, including a blood and marrow transplant, the 15-year-old has found sanctuary in the kitchen.

Ariana even participated in “MasterChef Junior,” a national cooking show for kids in California. Her favorite thing to cook is chicken alfredo, in addition to baking cupcakes for patients at Children’s who are staying in the Atlanta Ronald McDonald House.

But for 7-year-old Alivia, it’s making others feel beautiful that encompasses her childhood dream. She wants to follow in her mom’s footsteps and become a hair stylist. According to the team at Children’s, Alivia, loves to shampoo hair, blow dry it and flat iron it.

Alivia will be in the hospital for an extended stay of 100 days after her recent blood and marrow transplant, as treatment for acute myeloid leukemia (AML).  Alivia is already excited to dye her hair pink once it grows back.

Check out this little Atlanta United fan! The soccer field is where Andrew’s heart is; he loves the non-stop running and scoring goals, and his photoshoot took him to the field where he could embrace fun on the field firsthand.

The 7-year-old was diagnosed with acute lymphoblastic leukemia (ALL), just two days before Thanksgiving last year and  was immediately admitted into the Aflac Cancer and Blood Disorders Center to begin chemotherapy treatments. Today, the budding soccer player is in the maintenance phase which will last about two years and includes additional medicine and check-ups for monitoring the disease.

His own healthcare battle has turned into a lifelong mission. 16-year-old Matthew hopes to have a hand in developing treatments for patients just like him. For Matthew, that means plans to work in a foresncis lab in the healthcare lab, and thanks to Children’s special photoshoot, he’s already breaking in the feel of the lab and lab coat.

Matthew began treatment at Children’s when he was 13 for Pediatric T-Cell Acute Lymphoblastic Leukemia. Today, Matthew is in remission and looks forward to returning to school in November, as the 11th-grader has had to take online classes for the last few years while his body heals from having cancer treatments.

It’s the idea of fourth grade that’s exciting for 9-year-old Dakota as she pursues dreams of becoming a marine biologist one day.

Dakota was diagnosed with juvenile pilocytic astrocytoma (JPA), a childhood brain tumor. According to Children’s, Dakota’s tumor was sitting on her optic nerve. Dakota began chemotherapy treatments on April 26. As a chronic illness, Dakota’s brain tumor will need to be monitored every three months moving forward, making sure it doesn’t grow. She’s already on track with a 100 in her science class and a dedication to watching Animal Planet.

New renderings released of Children's Healthcare of Atlanta's $1.5B campus