The Urban League also provided gifts to five other families. 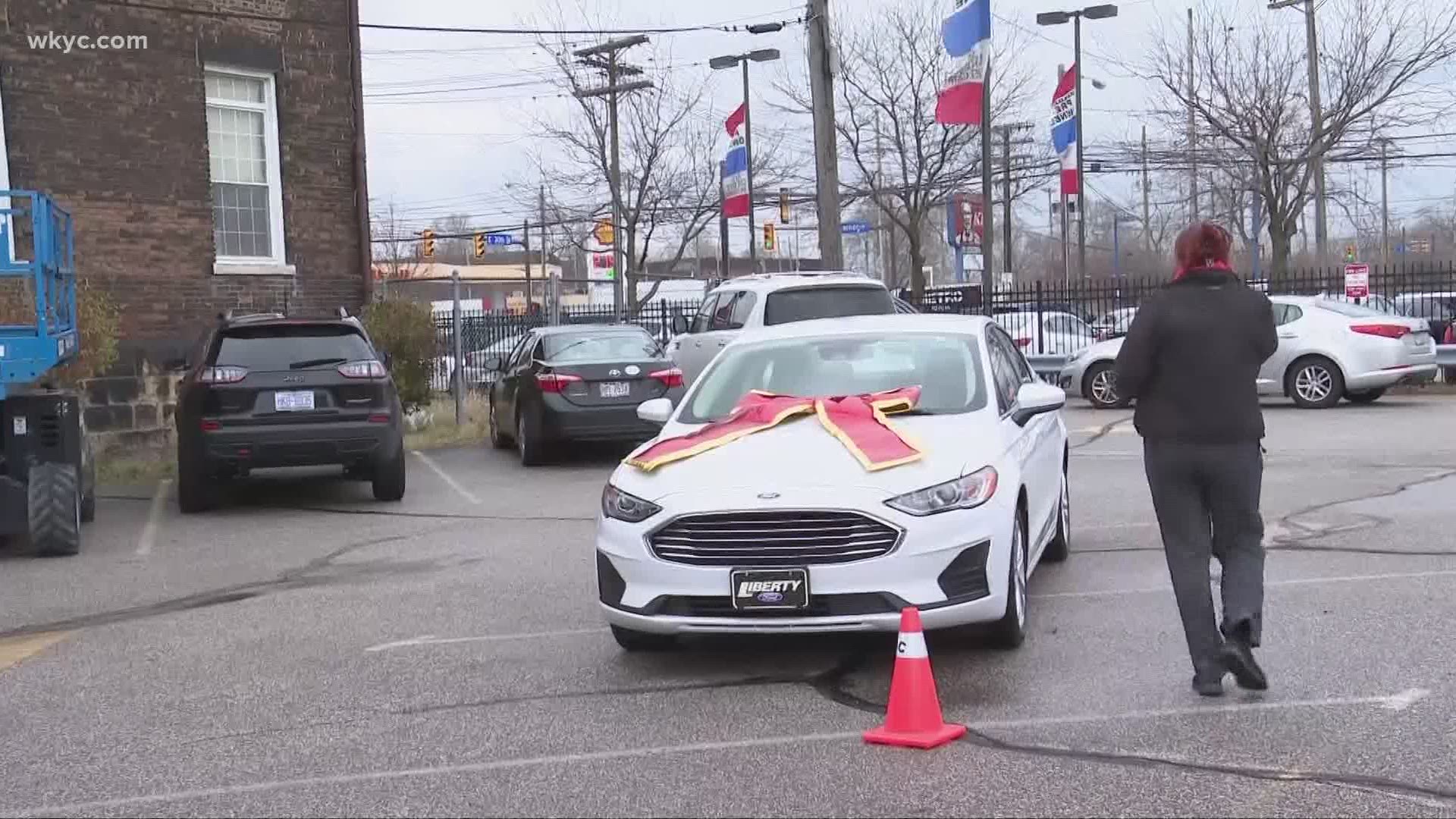 CLEVELAND — As the state of Ohio and the rest of the world continues to fight against the Coronavirus pandemic, many local groups and residents are working to spread holiday cheer despite tough times.

Lois Brown had previously worked in Guest Services for the Cleveland Browns Organization for four years, but she lost her job due to pandemic layoffs.

With the help of a career coach and resources provided by the Urban League she was able to land a new position in the health care industry. She is currently undergoing training at University Hospitals.

In addition to Brown, the Urban League also provided gifts to five other families in need.

The Urban League of was also the recipient of a surprise on Tuesday. The organization dedicated "to providing equal opportunities for African-Americans and other minority members to develop and exercise their potential on par with all other Americans through education, research, advocacy and provision of services," was awarded a $100,000 grant from Dominion Energy.

The grant is a part of the company's "We Care Rebuild Project," which is committed to social justice and community rebuilding efforts across 16 states.

“Dominion Energy is pleased to partner with these important community organizations, and we applaud and support the vital work that they conduct every day, said Jim Eck, vice president and general manager, Ohio & West Virginia Distribution. “This is an investment in rebuilding our communities and bringing a more just society, especially during this pivotal moment in our nation’s history.”

The Women of Color Foundation and EDWINS Leadership and Restaurant Institute were also awarded $50,000 grants through the project.