On July 10, when the Cleveland, Georgia boy was still 8, he soared 400 feet into the air over the Sautee Valley, near Helen. 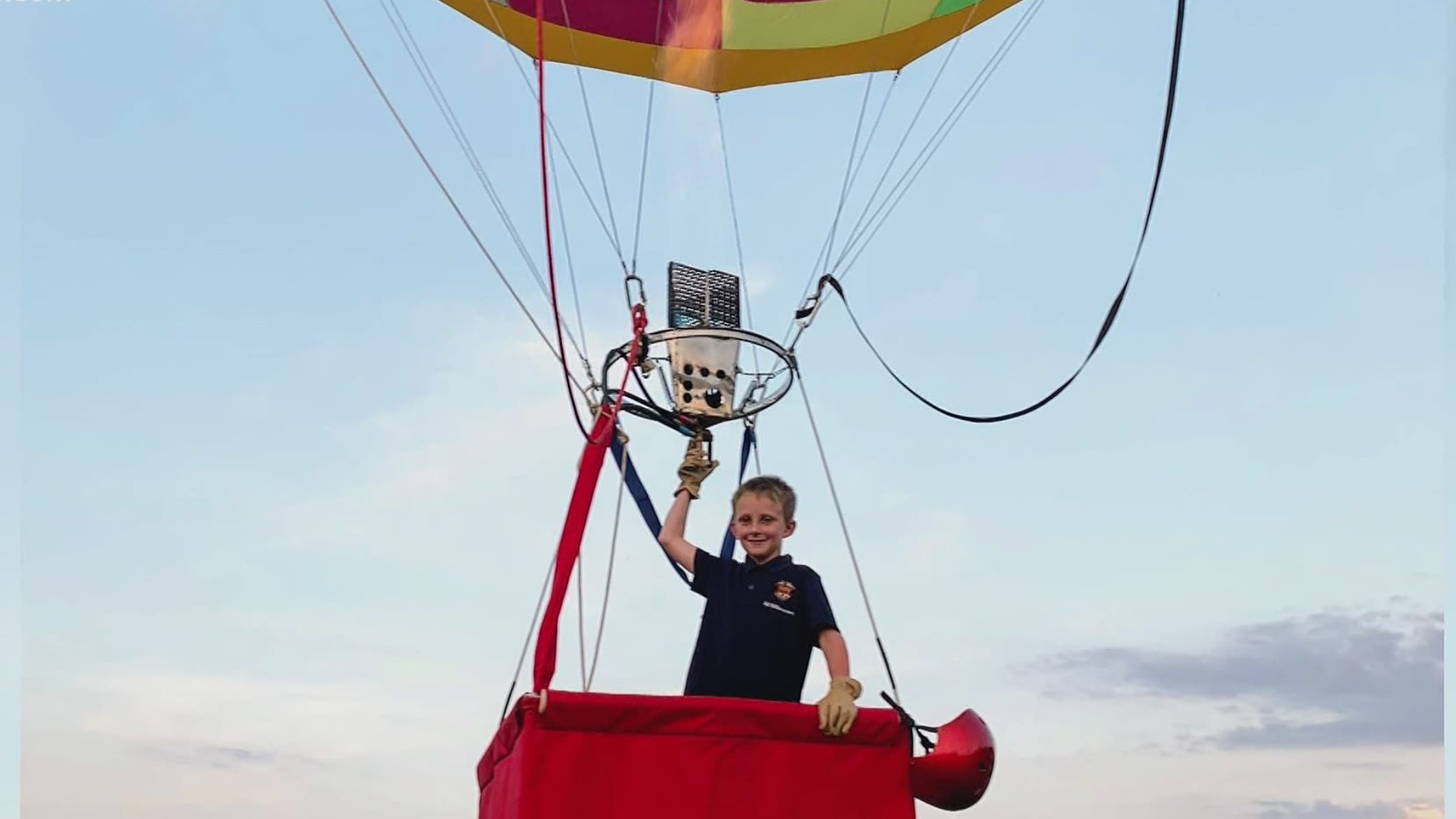 On July 10, when the Cleveland, Georgia boy was still 8, he soared 400 feet into the air over the Sautee Valley, near Helen.

Learning those ins and outs isn't anything new for Head. In fact, it's part of the family business. His dad Tarp has been piloting balloons himself for 45 years.

"My dad owns a hot air balloon company, so I got really interested in hot air balloons, and so I decided that I wanted to do a solo flight one day," he explained.

"He's done quite a bit of preparation for years," Head's dad added, describing how they built him a scale model remote control hot air balloon.

During that summer flight, Head traveled about a mile and a half in 20 minutes on that first solo flight.

"I saw the sun setting. I saw a lot of cows," he listed. "My favorite thing was probably seeing the back of Yonah Mountain."

And when he landed, he had a call to make - to Bobby Bradley, who broke the record at 9 years old, back in 2011 in New Mexico.

"When I was four, I said that I would beat his record," Head recalled.

"Probably play pro-league soccer," he said with a chuckle. "I might fly more balloons."

"I know that I'm gonna go higher," he promised.