A couple of weekends out of the month, Bryant Collins and his family pop up in different neighborhoods and cook burgers and hot dogs for free. Here's why. 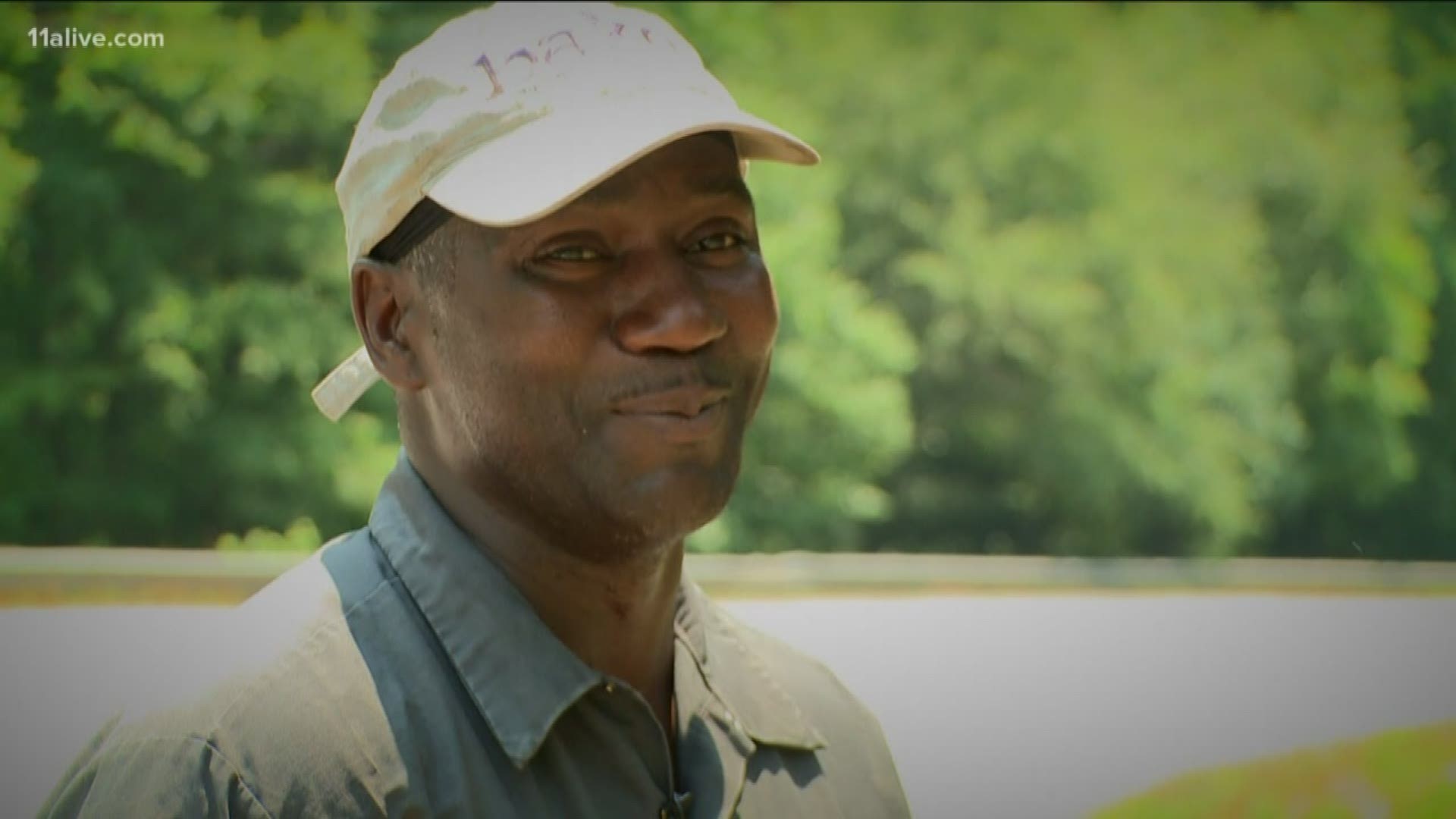 MADISON COUNTY, Ga. — It’s been more than five years since the story of Bryant Collins, the Madison County Good Samaritan who rescued a child crawling on the side of busy Highway 72.

His story spanned the United States in a matter of hours, and many folks contacted 11Alive who were simply touched by this local hero's actions.

“What was your reaction,” 11Alive’s Matt Pearl asked Collins back in 2014.

“I mean the same as yours would’ve been! What the hell going on? A baby,” Collins said as he laughed.

A 15-month-old baby crawled through the woods, 300 yards from home, and onto Highway 72 in Madison County.

Collins became Emily Pickens saving grace. He stopped, scooped her in his arms and then called 911.

While Collins has been called a hero, he told us recently he credits God.

Collins did ten years behind bars. He said he made a very conscientious effort to change.

He said never shied away from the national attention. His story was featured on NBC’s Nightly News.

11Alive surprised Collins in 2014 with a Random Act of Kindness.

“God blessed me with a platform to speak,” Collins stated.

These days, he said he is still in the business of helping people in need.

He told 11Alive’s Nick Sturdivant that he buys cars and sells them at a reasonable price. He’s also spreading his help through hot meals.

A couple of weekends out of the month, Collins and his family pop up in different neighborhoods and cook burgers and hot dogs for free.

“It’s not about the meal. The meal is inexpensive. It’s about the time. Time is the most valuable thing you got.  You can make money all day, but you can’t ever get that time back,” he explained.

Collins and his wife also invite people in the community over to the house to eat for free.  He said all they need to bring is an appetite.

“Why did God choose me to speak and go on TV? A little country boy you know what I’m saying? With a GED. Why would he allow me to be that person? Because God doesn’t care about that stuff,” he said.

Collins mentioned that he also looks forward to one day reuniting with little Emily Pickens.