‘I don’t want you to stop coming when being Black is not a hashtag’: Support for Black-owned businesses grows in Atlanta

According to a study done by Zippia, Georgia ranks second in the nation when it comes to states that support Black-owned businesses the most. 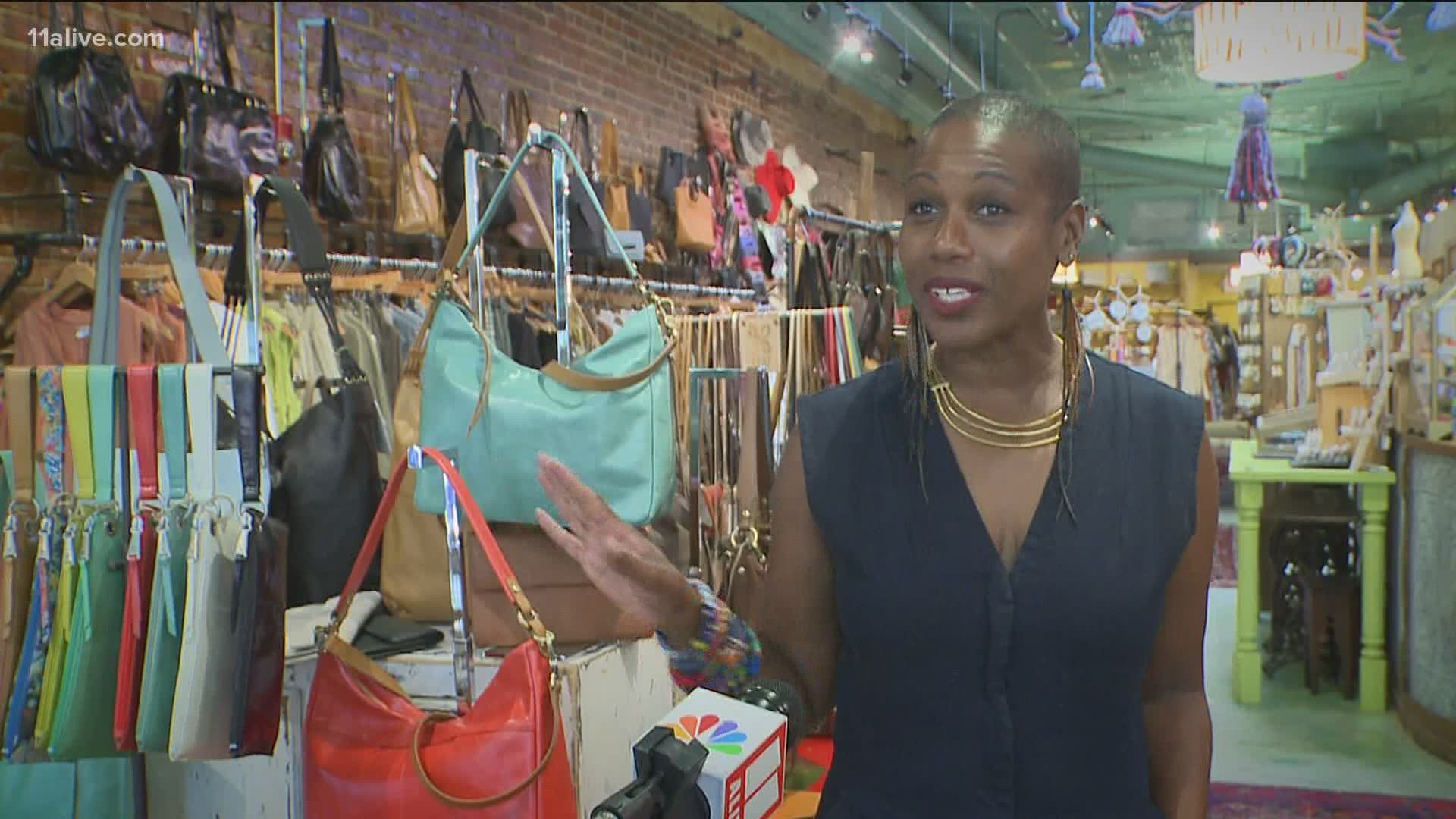 ATLANTA — It’s been about five years since Lisa Bobb left her corporate job in IT to take over as owner of Squash Blossom Boutique.

“The soul of Squash Blossom is from walking in the door and discovering unique pieces,” she explained.

Bobb said it was always a dream of hers to run and own her own business.

Brandi Shelton had a similar dream.

“I did a couple of quarters abroad and traveled a lot and enjoyed tea all around the world. I wanted to bring that love of tea back to the U.S.,” said Shelton.

In 2006, the New Orleans native turned her passion for tea into a business, and with the help of her family runs Just Add Honey Tea Company in Atlanta.

“Our 11-year-old son, he loves it! He’s like, 'Can I get in on the business conversations? What’s the profit margin?'” Shelton said.

In the wake of protests against police brutality, people are showering Black-owned businesses with support.

According to a study done by Zippia, Georgia ranks second in the nation when it comes to states that support Black-owned businesses the most.

It also states that there are 8,929 Black-owned businesses statewide, employing 83,781 people.

“I don’t want you to stop coming when being Black is not a hashtag.  My emphasis is on the tea and the experience and I’m Black,” said Shelton.

Last month, PayPal announced a $530 million commitment to support Black and minority-owned businesses and communities in the U.S.

“Consider us and make sure you make an effort to share your dollars,” mentioned Shelton.

List of Black-owned restaurants in Atlanta you can support