'Lucky' the albino squirrel struts his stuff at Texas university 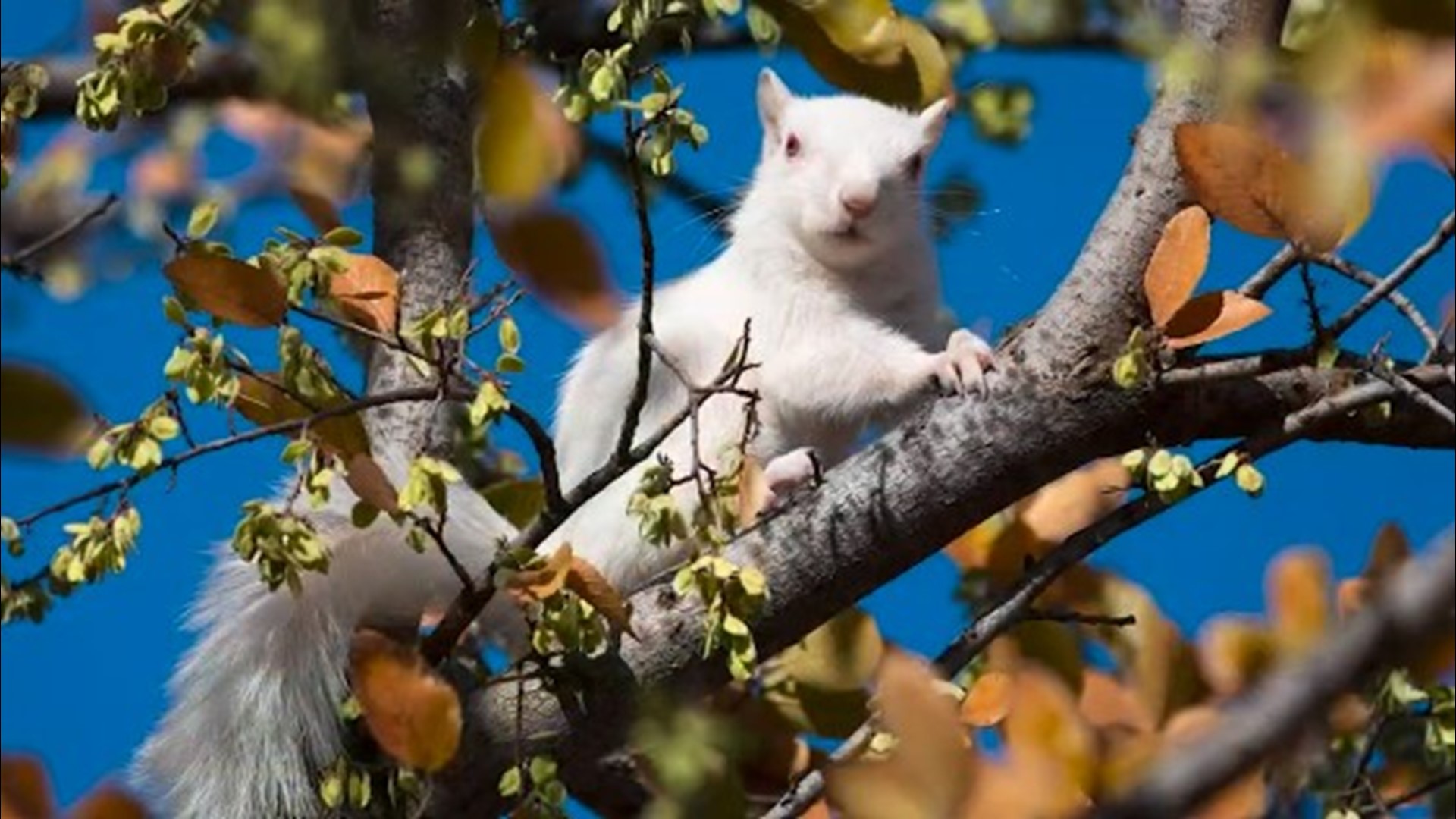 Officer David Causey of the University of North Texas police department can’t stop thinking about it.

About a week ago, he was involved in a low speed chase.

“When I started getting closer, he started moving and I had to move a little bit,” said Causey.

Causey pursued his man on foot before cornering him in the landscaping. Unfortunately, he got away but not before Causey snapped a picture with the runaway rodent.

“I definitely wanted a chance to be able to get that picture,” said Causey.

Lucky, the albino squirrel, is UNT royalty. It's usually quite rare to see him. Even now, during squirrel awareness month.

But, for some reason, he’s been showing his face a lot more lately.

He might as well be the official mascot. Over the years, there’ve been a lot more albino squirrels on campus than eagles.

When the last “Lucky” was accidentally hit by a car, he was taxidermized and kept on campus, immortalized for future students to see.

Not to mention students love the little guy.

They gave him the name Lucky, because they say that’s what he brings, luck.

“It’s kind of a tall tale around campus,” said student Thomas Strimpel. “If you see this little squirrel, then you’re going to have a good semester.”

Right after WFAA's Sean Giggy concluded his interview, sure enough, Lucky emerged near the same spot Causey had his run-in.

There’s no telling why Lucky is showing his face more these days, but the way 2020 has been going, we sure could use the luck.