"You will wilt on the vine if you don't say active," said Bob Warren, who turned 100 years old on Sunday. He also credits his longevity to oatmeal in the morning. 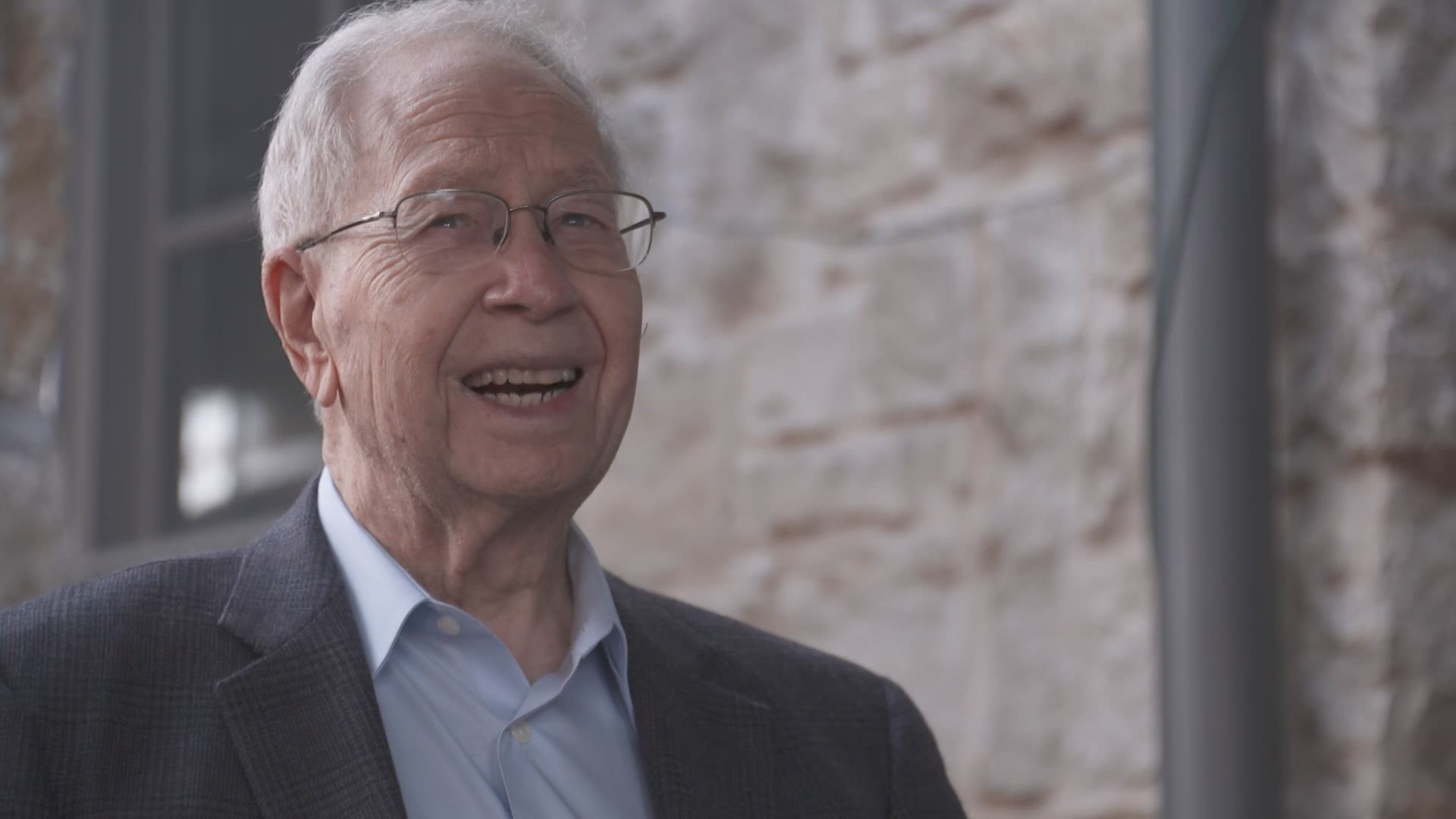 "The Lord's been good to me," said Warren.

On Sunday, Warren celebrated the major milestone with his closest family, friends and city residents.

The pandemic has made it difficult all around for celebrations. However, the community really showed up for a drive-thru birthday party for the Frisco native. Dozens of vehicles, including fire trucks and city service vehicles, lined the parade route.

Warren's connection to the city is legendary. He had 19 other classmates in his 1938 graduating class at Frisco High School. He has outlived them all.

"Every day I sit down at the table I have a class reunion right there," laughed Warren.

He is known to many as "Mr. Frisco." He was born in the city, raised in the city, and was even mayor for seven years. He told WFAA that he would never call himself Mr. Frisco, but he understands why the moniker has taken off.

"That's a name somebody else gave me," said Warren.

The Frisco treasure has a parkway named after him, a Main Street clock, a sports complex and even a burger named after him. That is a testament to the man who gave his everything to the city where he was born and raised. He would lead this little cotton-town into a mega-city bursting at the seams.

Warren could also still point to areas in town where he would pick cotton. He said Frisco was known for it and had six cotton gins.

There is no shortage of stories for the World War II veteran. He was a troop carrier pilot and saw the plane in front of him and the plane behind him get shot down. He considers himself very lucky and grateful to be alive.

Bob Warren credits his longevity to keeping moving and eating a bowl of oatmeal every morning.

"You will wilt on the vine if you don't say active," he said.

He continues to live in Frisco in Parkview, which is a retirement community.